Ireland Head Coach Andy Farrell  was keeping a close eye on the weekend’s Guinness PRO14 action as he continues to survey his selection options ahead of the Six Nations showdown against England at Twickenham on Sunday.

Farrell assembled a smaller squad of 23 players for the two-day camp in Cork this week as Ireland began preparations for the Round 3 clash in London, while 13 players have been released to access game time for their respective provinces this weekend.

Speaking to media in Cork on Thursday, Farrell said he hopes those in PRO14 action will give the coaching staff some difficult selection decisions next week.

“Hopefully, a vibrant bunch, who’s going to put their hand up and make us take note,” the Head Coach replied when asked what he wanted to see this weekend.

Farrell’s squad used their down week to take stock and build towards England with Thursday’s training session alongside the Ireland Under-20s at Irish Independent Park particularly valuable. 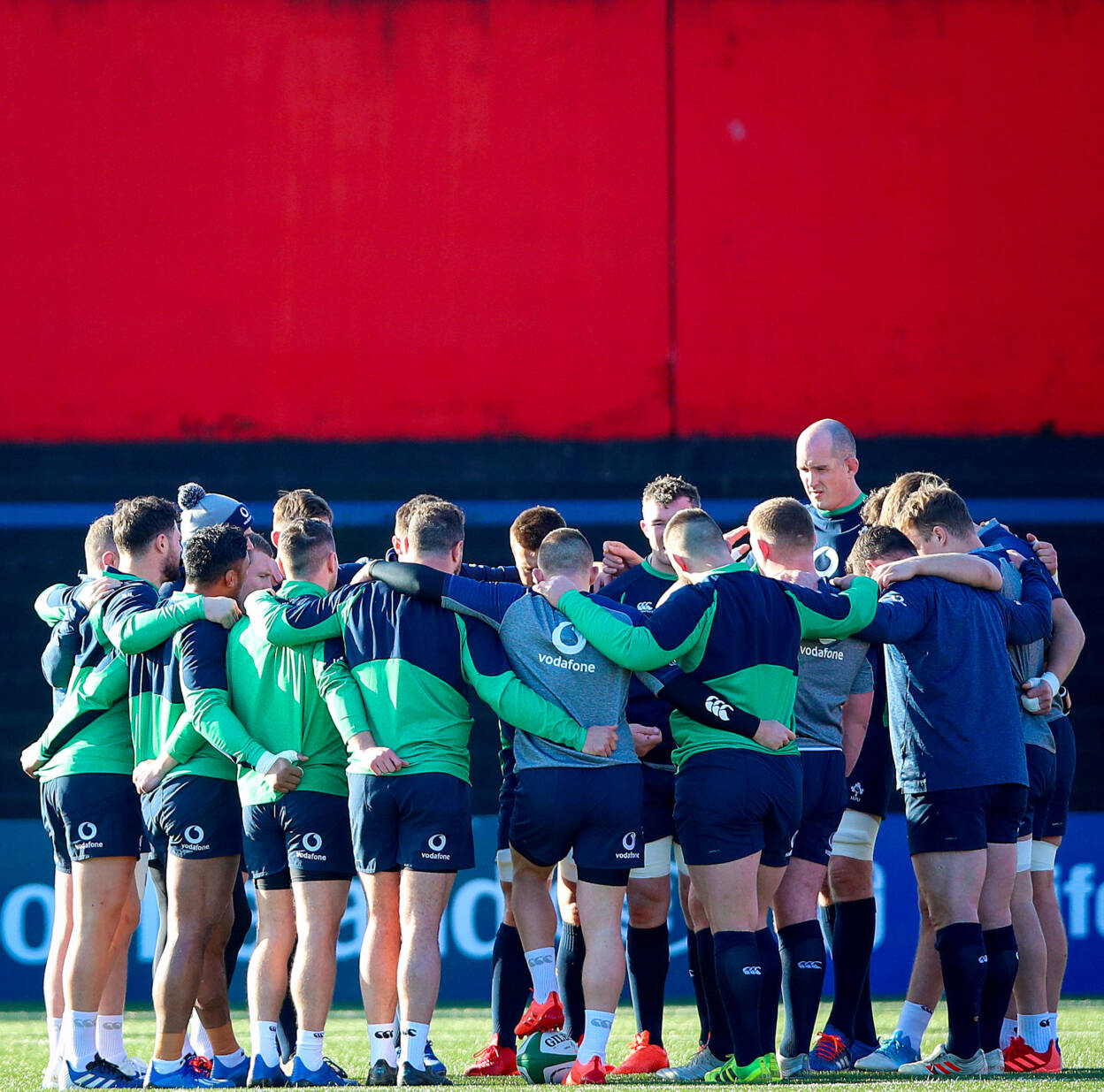 While the players were disappointed the planned Open Training Session had to be cancelled due to heavy rainfall, Farrell was pleased with the work his squad got through in Cork.

“We’re gutted because we tried to transfer everything to Independent Park and we wasn’t able to do that so the kids missed out,” Farrell continued. “We came down to Cork to connect with the Cork people and the 3,500 people that were gonna come and see us train — we could have connected and signed autographs at the end of the session. There was none of that because of the safety regulations.

“We had a care of duty to the players – the Under-20s and our lads – but we ended up with a decent session in the end. We’re happy with that but gutted for the people of Cork.

Today was a pretty important session for us because we used it like game-day preparation, we’ll meet back up on Monday night and we’ll review that session as though it was a game. There’s plenty of learnings on Wednesday and certainly this morning before the session. It was a decent session. Because of those learnings, we trained pretty well. That was pleasing.

On the challenge of facing England at Twickenham, he added: “We know what awaits you when you get there. We know that England are pretty proud to play at home like we are to play at the Aviva. We feel like we’re in a decent place. We’re looking forward to next week.

“We’ve had a good couple of days here. I’m sure the lads are relishing coming into camp on Monday night, looking for a big week ahead. We’ll need to be like that.”