The Ireland coaching group will host a 24hr mid-season stocktake at the IRFU’s High Performance Centre in Dublin across the 22nd and 23rd December ahead of a busy period of interprovincial and European fixtures.

Ireland head coach Andy Farrell commented, “The national coaches have been around the provinces watching games and having good conversations with players and the provincial coaches.

We have limited opportunities across the busy provincial season to bring a broad group like this together but this 24hr window will allow us to plant a few seeds.   It will also give the coaches a better insight into a few players who been performing consistently well for their provinces.

The next six weeks is the window for players to put their hands up for selection for our first squad which will be named in late January ahead of the 6 Nations.” 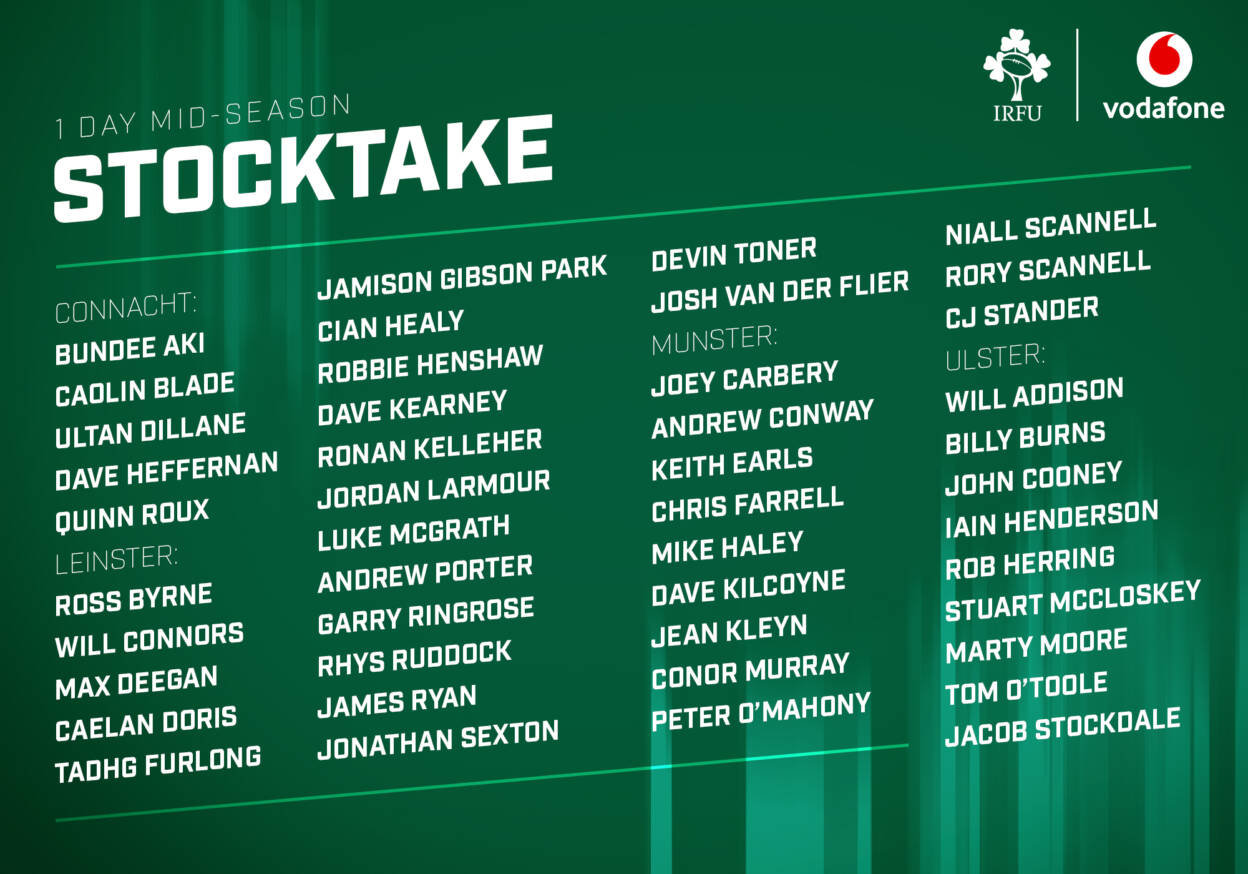