Noel McNamara is excited by the prospect of leading another group of young players into a Under-20 Six Nations campaign as he continues in his role as Ireland Under-20 head coach for a third year.

With now just 10 weeks until the Ireland Under-20s are back at Irish Independent Park in Cork for the start of the 2020 Six Nations, McNamara assembled an extended panel of players at the IRFU High Performance Centre this week to begin preparations for the season ahead.

A group of 40 players from across all four provinces, as well as a number of players from the IQ Rugby programme, took part in a four-day camp as McNamara’s extended squad began the process of putting the building blocks in place in advance of the Six Nations opener against Scotland on Friday, January 31 (kick-off 7.15pm). Tickets are available to buy online here.

“It’s a very exciting time,” McNamara told IrishRugby.ie. “Any opportunity you get to work with a national team, particularly young players, it’s always something that should be relished with great enthusiasm.

“This is our first time being based in the Sport Ireland Campus and I think it’s fair to say it’s a world-class facility and a huge addition to these players’ development and the player pathway. It’s just great to get started.”

McNamara last month led Leinster ‘A’ to their second consecutive Celtic Cup crown and the Clare native believes the Academy Manager role with the eastern province complements his position as Ireland Under-20 head coach.

“I don’t think the two are mutually exclusive,” he explained. “There is obviously an overlap between the two, and ultimately I think it’s an advantage being involved in the system and getting the opportunity to work with a national side and bench mark players against the best in the world.

“We’re really looking forward to the challenges that lie ahead.” 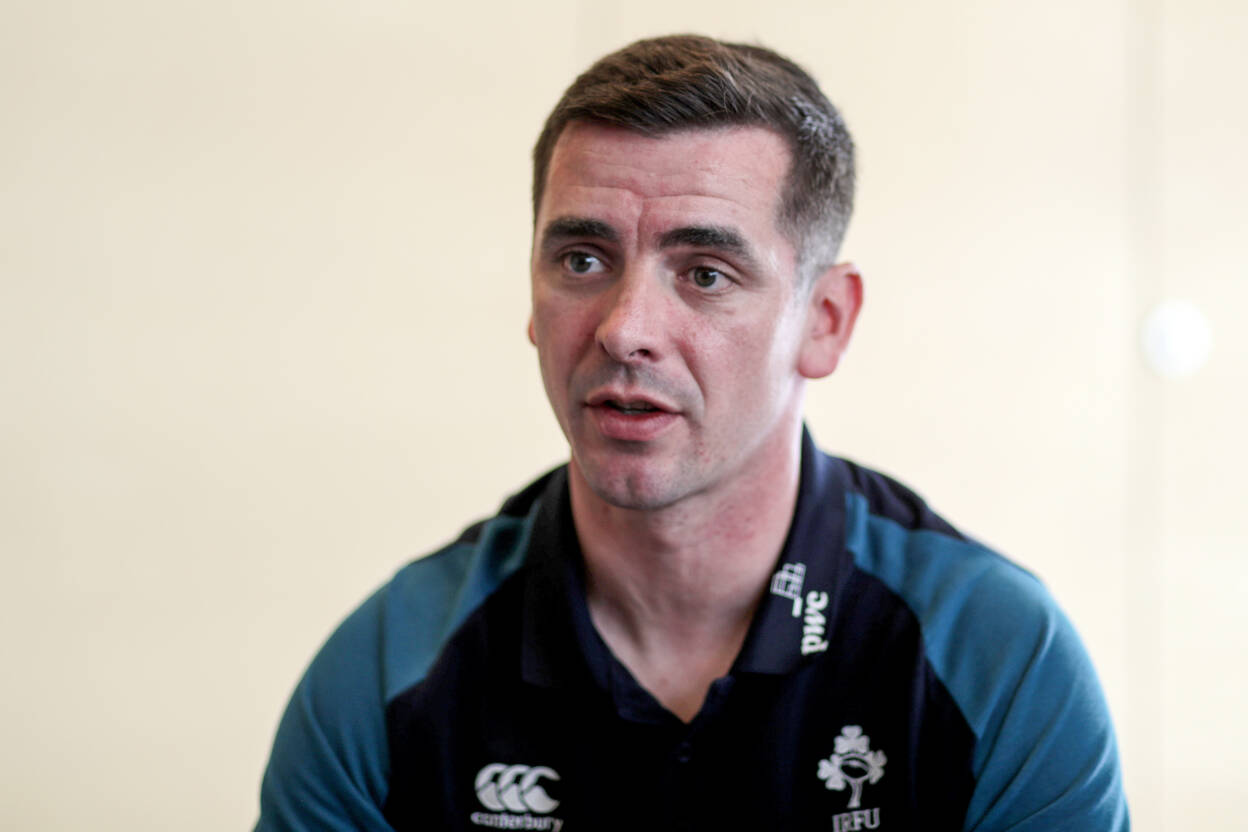 The recently-concluded camp at the IRFU High Performance Centre was an important stepping stone for the Ireland Under-20s as the players were measured and tested physically before attention turned to rugby-based sessions later in the week.

The panel will reconvene in late December for two training matches ahead of another four-day camp in Fota Island in January, at which point the U-20 Six Nations tournament will be just two weeks away and McNamara will have selected his final squad of players.

“This first camp has just been about putting principles in place in terms of how we want the team to look and how we want to play. A lot of that will be dependent on the profile of the team as well as looking to maximise their strengths.

“We want to put the core building blocks in place but the reality is players don’t become international players in a four-day camp. It’s what they do outside of this camp, in their Academies and in their clubs, that will ultimately define their season. That’s one of the key strengths of the Irish system.

“We have a four-day camp now and we don’t get back together until the end of December so a lot of the work will be done by the players themselves and the coaches who work with them on a daily basis.”

After the class of 2019 completed a clean sweep of Six Nations victories, including memorable defeats of England and France in front of sold-out crowds at Irish Independent Park, McNamara hopes the Cork venue can continue to be a fortress when Scotland, Wales and Italy visit in 2020.

“Credit to last year’s team, they really got the crowd behind them and it really felt like we were at the front of a wave in the games down there. It was emotional and at times a febrile atmosphere and I know from talking to people, England and France didn’t enjoy their visits. 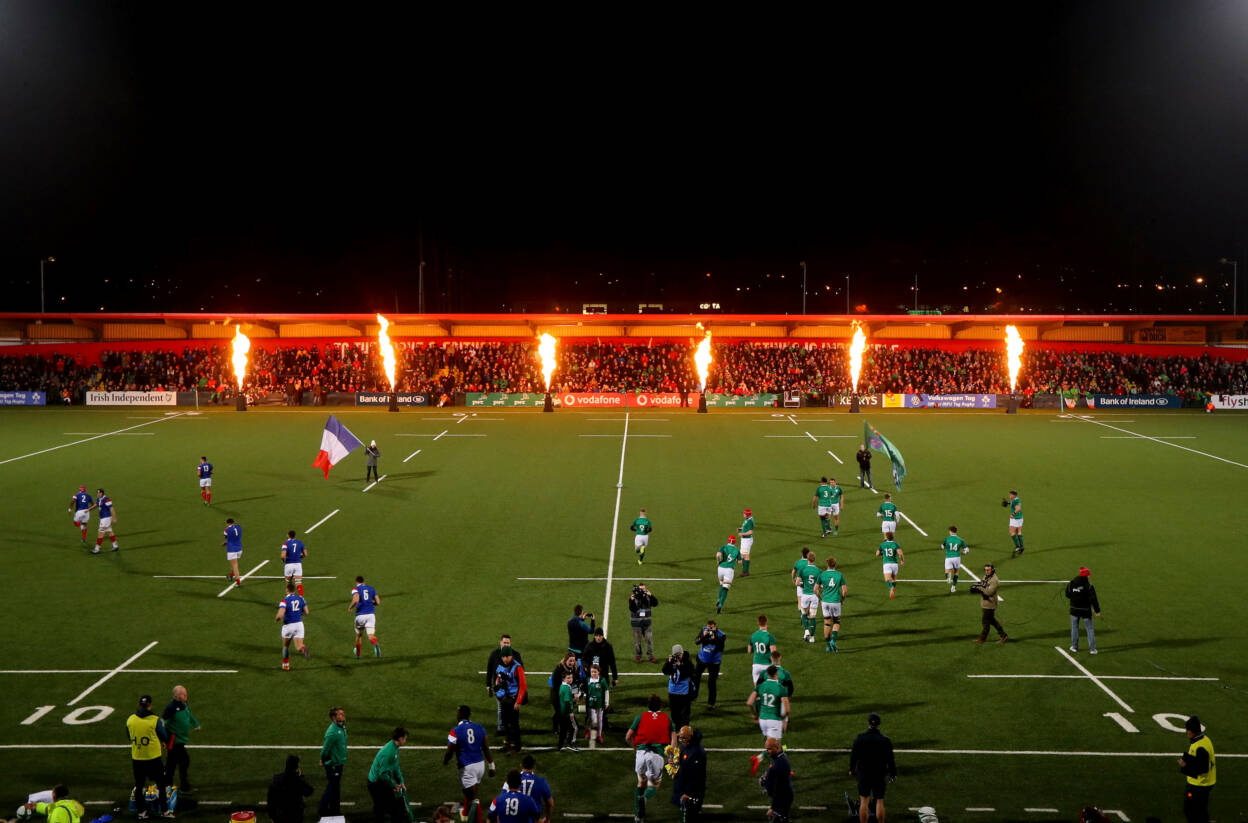 “That’s what we’re trying to create and we’re really motivated to get back down to Cork and it’s three games this year. It’s about ensuring we get our process right up until that point and when we do run out at Irish Independent Park, this year’s group can get the crowd behind them again and I’ve no doubt they will.”

The very nature of age-grade rugby, however, means there is a high turnover of players from year-to-year and while McNamara will be able to call upon a number of the players who featured during last year’s campaign, this will largely be a new group.

“It won’t necessarily be a template from last year that we have to re-apply to this year’s group,” he stressed. “There will be some principles and some core things that don’t change and while winning is always the ambition, it’s certainly not the end point.

“I think for us the success of this group, and indeed last year’s group, will be in evidenced over the course of the next couple of years. That’s one of the challenges of player development — the results aren’t always immediately obvious.

“We take as much joy in seeing the guys go on, and we’ve seen in the last couple of weeks players make their Champions Cup debuts, as we did in seeing last year’s group achieve success in the Six Nations.

“For us as a group, it’s important not to try and re-create everything we did last year and instead be open-minded in terms of new ideas for this year as well.”