The Ireland Under-20s assembled at the IRFU High Performance Centre on Sunday.

With just 10 weeks until the Ireland Under-20s are back at Irish Independent Park in Cork for the start of the 2020 Six Nations campaign, an extended panel of players assembled at the IRFU High Performance Centre on Sunday to kick-start preparations for the season ahead.

40 players from across all four provinces, as well as a number of players from the IQ Rugby programme, have linked up in Dublin for a four-camp at the Sport Ireland Campus, where the squad will put important building blocks in place ahead of the Six Nations opener against Scotland on Friday, January 31 (kick-off 7.15pm). Tickets are available to buy here.

Under the guidance of IRFU National Talent Athletic Development Lead Martin Kennedy and a number of provincial S&C and Athletic Development coaches, the players were put through a series of fitness, strength and speed tests on Sunday, before the attention turns to rugby-based sessions as the week progresses.

“This is day one, so we’ve 40-odd players from across the four provinces and a couple of the IQ players in today, just to assess them, test them and see where they’re at from a physical point of view before we start the rugby programme,” Kennedy told IrishRugby.ie.

“It’s a great tone setter for the season and the importance of a day like this is being able to bring everyone together and actually being able to compare like-for-like across the provinces. All the positions, all the players, they’re looking across at their provincial peers and seeing how they’re measuring up from a physical point of view and seeing how ready they are for the season ahead.”

In addition to the work on the pitch and in the gym, this first camp of the year allows the extended squad to familiarise themselves with the coaches, the programme and their team-mates ahead of the important training fixtures against Leinster ‘A’ and Munster ‘A’ over the Christmas period. 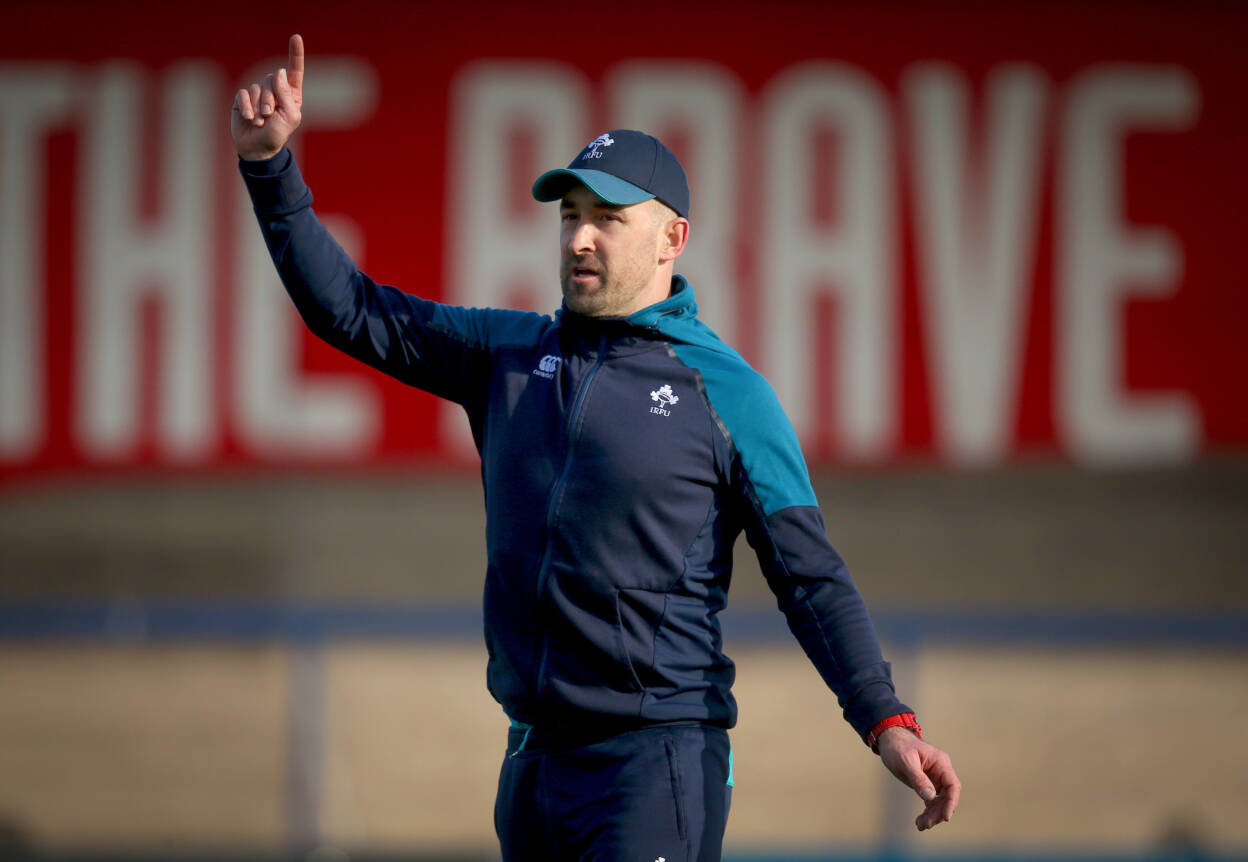 From there, preparations for the Six Nations will intensify with another four-day camp in Fota Island, at which stage there will be just two weeks to go until the start of the Six Nations defence and the arrival of Scotland to Cork.

Wales then visit Irish Independent Park in Round 2 on Friday, February 7 before Ireland make the trip to Franklin’s Gardens in Northampton for a clash with England on Friday, 21 February. After another down week, the Championship continues with a home game against Italy on Friday, March 6 and an away date with France in Round 6 on Friday, March 13.

“What we’re trying to do from a physical point of view is give them as many tools as possible so they can actually go out and deliver their technical and tactical rugby performance,” Kennedy added.

“For some of the players, it’s their first time in national Under-20 camp, and maybe even in a national camp, and for others they’ve been in Under-18s, Under-19s and some of them were here last year with the Under-20s so it’s a real mixed bag.

“But this camp is just about getting a feel for the facilities, a feel for the Under-20 programme and then we’re really going to hit the ground running with three good days of rugby and that’s going to set the tone and set us up for the Christmas period.”