The Ireland Sevens teams are counting down towards Dubai.

Within the four walls of the IRFU High Performance Centre, and within each individual session, the intensity and excitement among the Ireland Sevens squads is growing in equal measure as a historic double-header in Dubai approaches.

Now just two weeks out from the first combined leg of the 2020 HSBC World Rugby Sevens Series season, the Ireland Men are entering the final stages of pre-season as they narrow the focus on a debut appearance as a World Series core team.

It has been a long and intense block of training for Anthony Eddy‘s side but strong tournament performances in Chester, London and Elche in recent weeks have helped fine-tune preparations for the December double-header in Dubai and Cape Town and add further confidence to the group.

While the Ireland Men are preparing for their maiden World Series campaign, the Ireland Women are already one tournament into their fifth season on the circuit after Stan McDowell’s charges recorded an eighth-place finish in Glendale back in October.

With a significant two-month gap between Glendale and Dubai, the annual Elche 7s tournament was a valuable workout for the Ireland Women as a run to the final allowed the players to refocus and implement their training-ground work into a match scenario.

“I suppose looking back at Glendale, we came out of that really disappointed with the performances over the two days because that came off the back of what had been a really good six-week preparation block,” McDowell, the Ireland Women’s Sevens Head Coach, told IrishRugby.ie as his side build towards their first double-header on the World Series.

“There was a lot of disappointment within the group, management and players, and while we haven’t looked to change too much, we’ve refocused around certain basics of the game, such as preparation around defensive organisation, and we saw some good return in Elche and it was really, really positive.

“It’s enormously important that we bounce back in Dubai from a performance point of view. The group is very determined going there to give a good account of themselves.”

Having been part of the Ireland Men’s and Women’s Sevens coaching staff for a number of seasons, McDowell this year stepped up to the role of Women’s Head Coach to work closely alongside IRFU Director of Sevens and Women’s Rugby Eddy.

A European Cup winner with Ulster in 1999, McDowell has played an integral role in the development, and indeed success, of the Sevens programme and is now relishing the prospect of both Ireland teams playing on the World Series stage side-by-side, while there will also be two Ireland Development teams competing in the Invitational tournament in Dubai.

“It’s going to be an exciting trip because we’ll be going there as a rugby family,” McDowell continued.

“We’re travelling together and we’ll get to support each other. That’s really exciting for both groups. 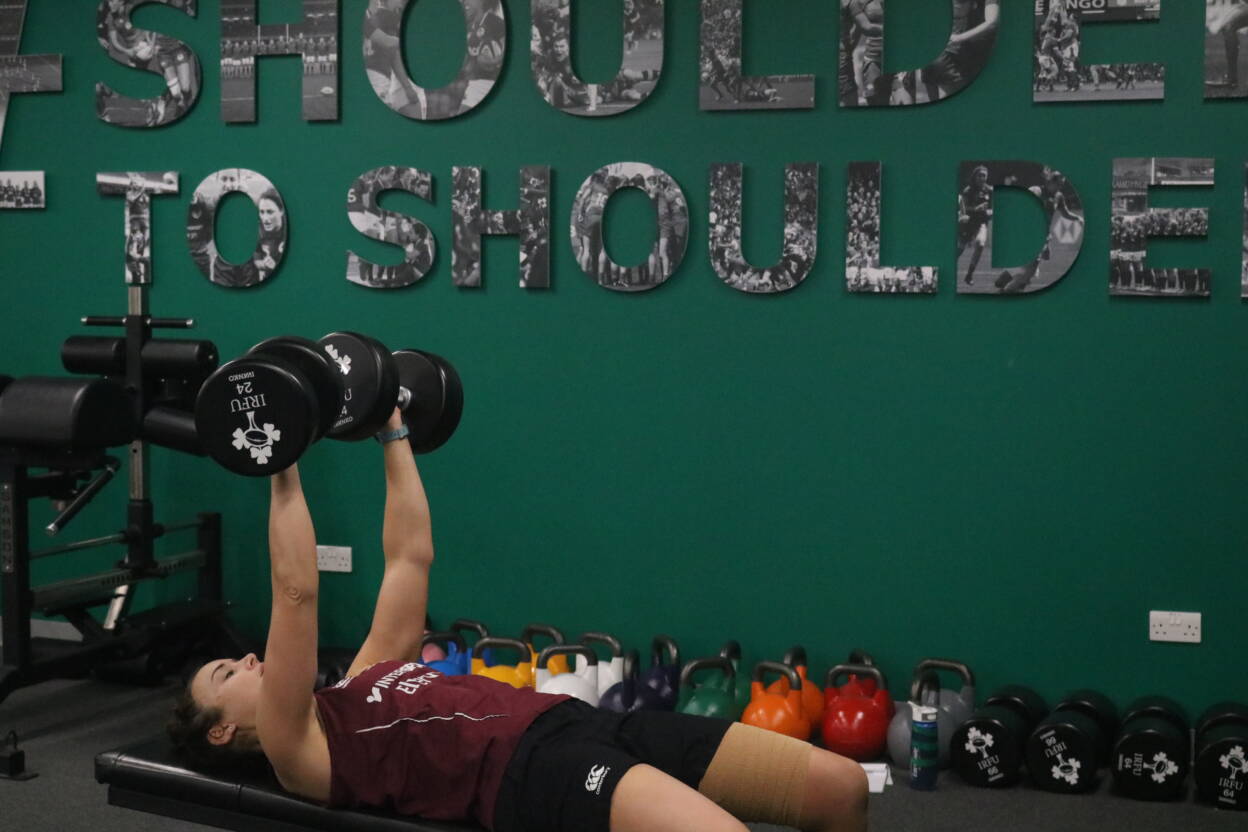 “It’s also amazing to think that in Dubai there will be 50 Irish players along with coaches and support staff with two World Series teams and two Development sides competing over the course of the weekend.

“Given Ireland has never had a history of Sevens until the Women’s programme started in 2013 and the Men’s in 2015, nobody would have ever have seen it as a possibility but here we are now.”

Ireland Women get the action underway in Dubai against Spain on Thursday, December 5 (2.50pm local time, 10.50am Irish time) , before Ireland Men run out at the Dubai Sevens Stadium to face USA in their Pool B opener later that day (6.12pm local time, 2.12pm Irish time).

While it will be a momentous occasion for the Ireland Men to embark on their maiden season as a core team, they have built up valuable experience on the World Series in recent years, having made four appearances as an invitational side, most memorably winning a bronze medal at the 2018 London Sevens.

Eddy’s side will hope to build momentum through the season and use it as a springboard for next June’s World Rugby Repechage tournament, where the final place at the 2020 Tokyo Olympics will be on the line.

“The guys are hugely excited about this opportunity and they’re really focused and determined,” McDowell added.

They’re going onto the world stage but they know exactly what’s required through their experiences over the last two years. They’re under no illusions of the difficulty of the task ahead of them but they’re going in with determination and confidence because they know if they get certain things right in their performance, they’ll be a threat.

“The other teams in their pool in Dubai, who we’ve already played and beaten as an invitational team, will be well aware of that threat too. The challenge is different as being the invitational team you’ve nothing to lose, but they won’t be overawed by it.”

Meanwhile, the 2020 Ireland Sevens jerseys are now available to buy online from Intersport Elverys, official sports retailer of the IRFU.