They may have secured their sixth All-Ireland League title in May, but versatile forward Evan Mintern insists Cork Constitution’s insatiable desire for silverware has not dimmed in the off-season.

Despite ending the 2018/19 campaign at the top of the Division 1A table and overcoming both Dublin University and Clontarf in the knockout stages, their failure to add the Bateman Cup to their trophy cabinet was something of a sticking point for Mintern and his team-mates.

This ensures that Constitution will be hell-bent on proving they are the best team in the land – starting with today’s Energia All-Ireland League opener at home to Munster rivals Garryowen (kick-off 2.30pm). Click here for the full weekend fixtures.

Speaking at the recent AIL launch at Energia Park, Mintern said: “We have the (Cork) Charity Cup, the Munster Senior Cup and the league, but we don’t have the Bateman Cup. Because we lost in the final of the (Munster) Senior Cup last year, we didn’t qualify for that.

“No matter the amount of silverware we have, we still want to get more. That’s the good thing about the club – everyone is hungry, everyone wants to do better. Winning the league is perfect, it’s great craic, but there’s still that thing of…we won the league.

“Technically we were the best club in the country, but we lost a game in the (Munster Senior Cup) final against Garryowen that didn’t put us in contention for the Bateman Cup. It niggles at you, thinking, ‘are we really?’ You really want to nail the point home that you are the best.” 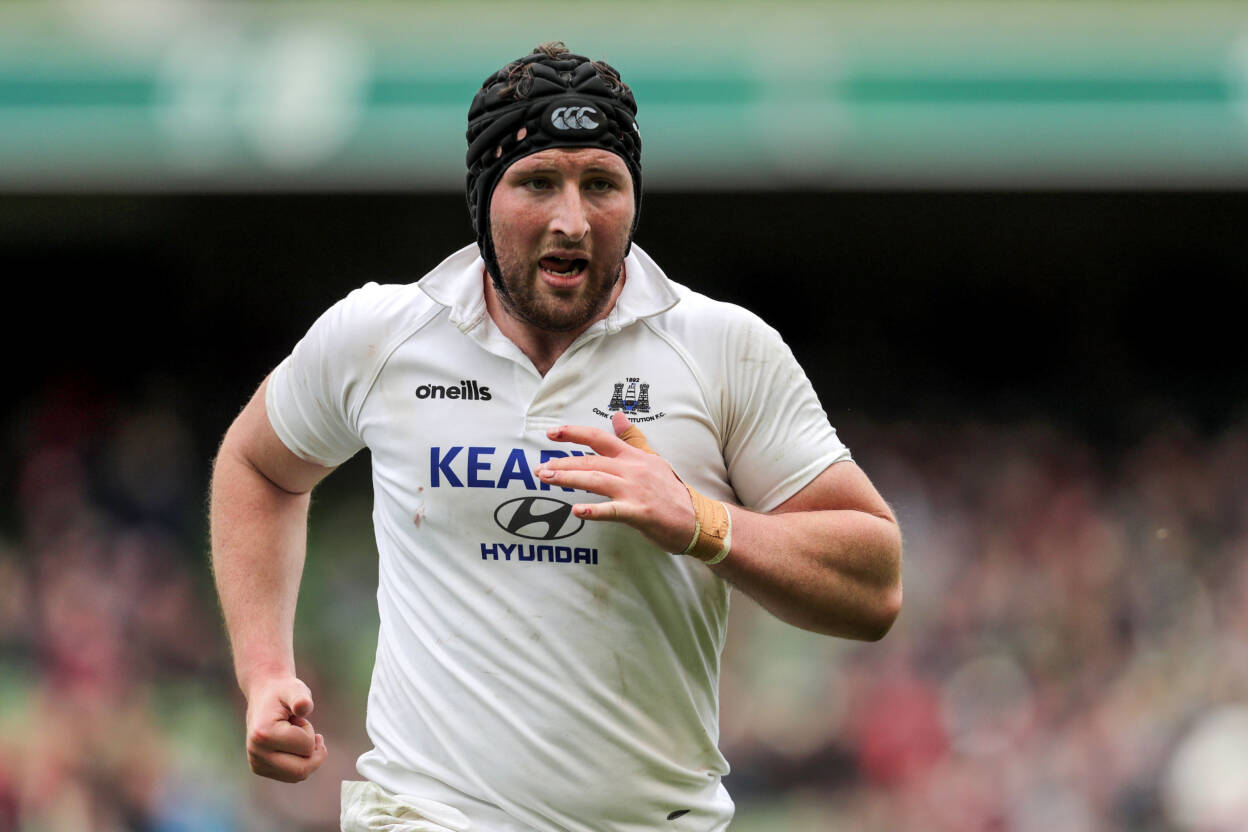 If they are to retain the Division 1A crown for the first time in the club’s history, they will have to do so without a host of last season’s squad. Alex McHenry and Shane Daly are also expected to be on Munster duty as the months progress, with the latter currently away with Johann van Graan’s men in South Africa.

Nonetheless, Cork Con are expected to be in the shake-up for top honours once more. Director of coaching Brian Hickey has guided them to appearances in the last four All-Ireland League finals, with defeats in 2016 and 2018 preceding a brace of memorable victories at the expense of Clontarf.

Mintern noted: “We’ve lost a few players. We’ve lost a seven, an eight. A full-back, a scrum half. Then we’ve fellas like Ross O’Neill, a brilliant seven. Dave Hyland, he’s a brilliant back row. He’s young. I saw him playing one senior game last year, he was top quality.

“Then full-back Jonathan Wren, Sean French, someone like that (can step in). That’s the thing with playing in Con. Everyone is replaceable. The wheels keeps turning and you move on.”

In addition to their changes in playing personnel, there has also been a significant alteration to Con’s coaching set-up. Having played an instrumental role in their most recent march to the league title, Paul Barr has departed ahead of the new season.

Barr was credited with introducing a more expansive game-plan to the Con side. His departure will see former Munster out-half Jonny Holland taking on greater responsibility and Mintern acknowledged they are unlikely to deviate too far from the structures that are already in place.

“Everyone knows we’re a big pack. We can bash up around the corner. When we play Lansdowne, Clontarf they can handle that. Barr came in and we played a much more expansive brand of rugby, with a blend of that ability to dog it out as well. Paul Barr is gone this year, but we’re still trying to keep as much of his way as possible and Jonny Holland’s there and we’re adding to it.”

Even though he is now an established part of the Temple Hill fabric, Mintern, who has played for Munster ‘A’, harbours ambitions of making it in the professional game. This will more than likely involve a move abroad following the completion of the current season, but it is a challenge the CIT student is eager to embrace.

“In the back of my mind, I’m thinking, ‘I would like to just go over and see what it’s like’. Take a chance, go over for a few years. (I’ll) finish my college degree in nutrition and health science. I’ve a year left. Finish that out, finish the season with Con. I love playing with Con. It’s not that I want to get out of there or anything, but I’m 23.

“Obviously that’s not old but, for pro clubs looking at you, they want to get bang for their buck. You have to be young, so they can get five, six years out of you. I need to get an agent. Sort that out, instead of them looking for me.

“At the moment, I had exam repeats. I was away on holidays. I was enjoying my summer. I hope by October-November to have sorted the agent. Get the video together and then plough on from there. If nothing comes back, nothing comes back.

“If I got old and I didn’t even try it, it’s something that would really annoy me. Whereas if you try and fail, what’s the big deal? At least you tried. But I feel there is more in me and I could move on and give it a crack. Because there’s nothing to lose really. As long as I’ve a college degree to fall back on you may as well,” he added.