Two weeks before they open the Rugby World Cup against tournament hosts Japan, the Russian national team went down 42-14 to fast-finishing Connacht whose late flurry included a brace of tries from Stephen Fitzgerald.

Fitzgerald and Paul Boyle both touched down during the closing stages of Connacht’s six-try triumph in Moscow, which maintains their winning form in pre-season. Their final game before the GUINNESS PRO14 kick-off is against provincial rivals Munster at the Sportsground on Saturday, September 21.

It was a valuable workout for both teams in the Russian capital, with the Bears, who are captained by former Leinster and Ireland underage player Vasily Artemyev, getting used to Irish opposition ahead of their Pool A clash with Ireland in Kobe on Thursday, October 3.

Speaking afterwards, Connacht backs coach Nigel Carolan admitted: “Happy with certain parts of it. Very scrappy in that first half. Credit to Russia, they’re an extremely physical team and made life extremely difficult for us. We had to commit more numbers to the breakdown than we probably would have liked.

“The game was very unstructured, a lot of stop-start, and it was hard to really get into it and get going. But we regrouped at half-time, we had a few changes we had to make, and the crucial try we got after half-time kinda turned the game for us. 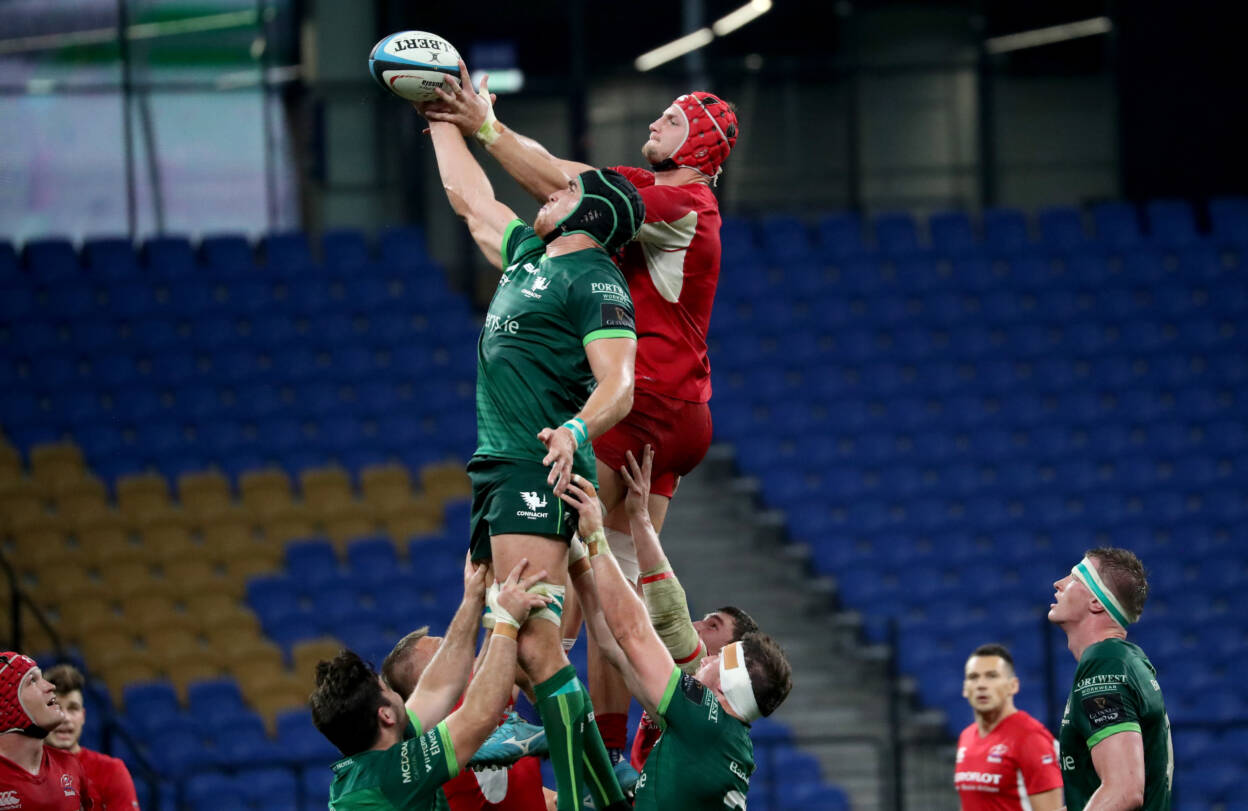 “We started building a bit of momentum on the back of that, so we’re pleased with certain aspects. I thought Stephen (Fitzgerald) was great, particularly his second try he showed a lot of great football to finish it off – I think he dribbled the ball for maybe 30 metres, great accuracy and skills to finish it off.

“His kicking from exits was superb and defensively he was very assured under a lot of high-ball pressure. I thought he had a cracking game. It was a much-needed game for us, a real physical hit-out. It was a bonus to get the game in itself, and the fact that we’ve come over here the group is going to be tighter on the back of it.

“We don’t have real serious injuries. it’s an opportunity to test ourselves again as a group. We’re still in pre-season and it’s two weeks before we play Munster at home, so there’s a bit of time to fine-tune everything, but I thought a lot of players stood up.

“Stephen Fitzgerald, his brother Conor was very assured when he came on, even a first game for the likes of Stephen Kerins there in with us. I thought he did really well in the second half. It was good to see him and a few of the younger lads, like Conor Kenny and Mattie Burke, doing well.” 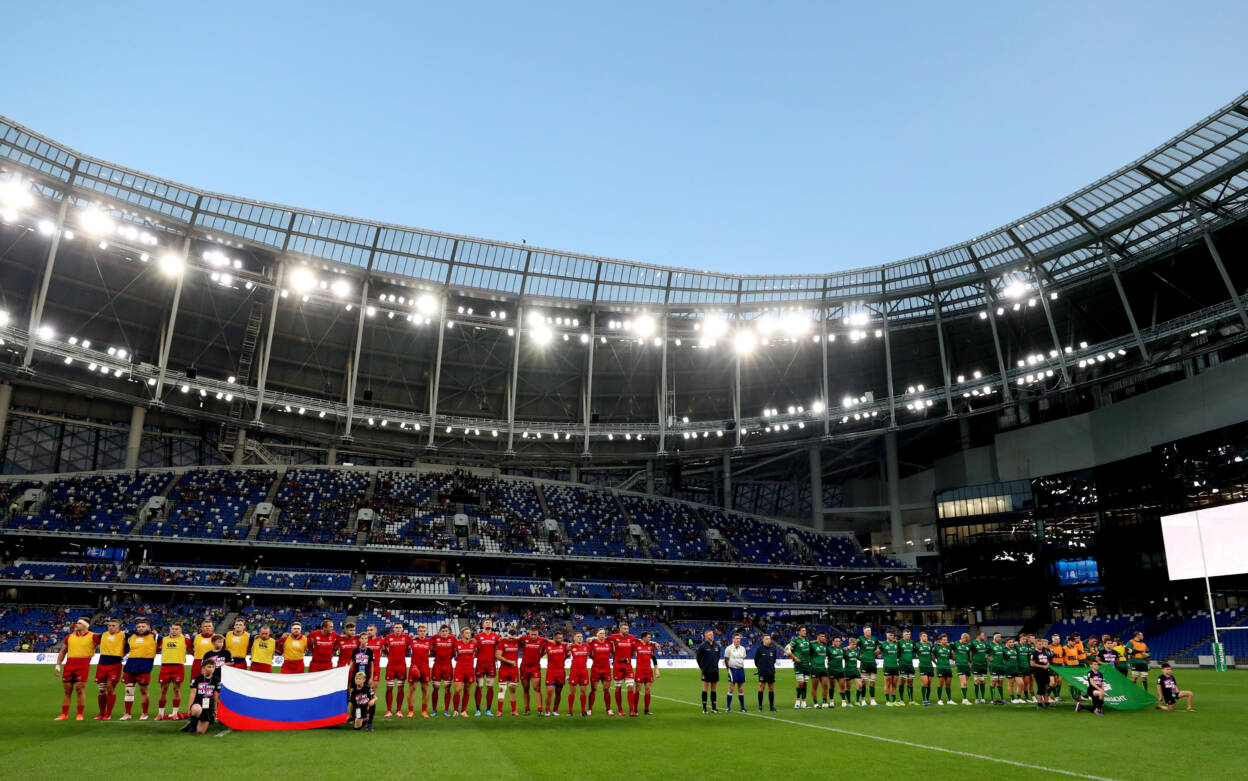 Tonight’s warm-up clash burst into life in the third minute, as German Davydov gobbled up a high ball before Boyle’s immediate turnover saw Connacht counter for the opening try. Tom Daly’s clever cross-field kick found his centre partner Tom Farrell who nudged an inviting kick through into the 22 which Daly raced onto to score behind the posts.

The Russians were unable to capitalise on scrum half Vasily Dorofeev’s break as the westerners again countered swiftly from turnover ball. Robin Copeland fed John Porch who darted up past halfway, and Farrell then broke clear of two defenders before setting up Darragh Leader to touch down to the right of the posts.

The full-back duly converted his 16th-minute try, one of his six successful kicks out of six on the night. However, Russia gained ground with a couple of penalties, and playing an advantage from a maul infringement, Yuri Kushnarev’s skip pass played in Artemyev for a well-finished score on the half hour mark.

The conversion from Kushnarev cut the gap to 14-7 for half-time, although Connacht wasted little time in responding early in the second half. Vladimir Ostroushko’s high tackle on Leader invited them forward, and hooker Jonny Murphy peeled off a powerful lineout maul to crash over for try number three.

Russia’s forwards used their physicality again to pin Connacht back via a couple of penalties. The defence held firm until the 54th minute when out-half Kushnarev used scrum ball to pass back inside for the onrushing Davydov to break Kerins’ tackle and squeeze in under the posts for a 21-14 scoreline. 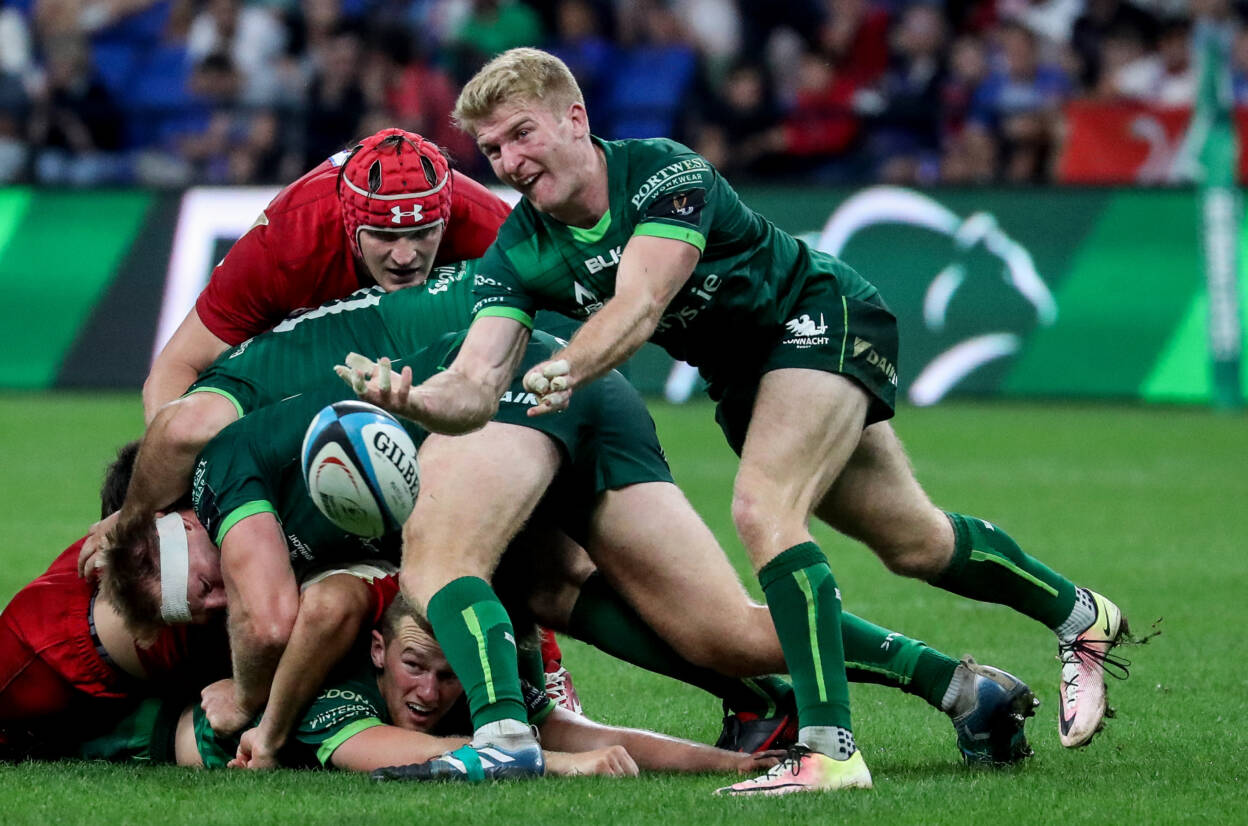 Lyn Jones’ side came hunting soon after, but openside Boyle denied them at the breakdown, and Connacht were finally two converted scores clear in the 68th minute. Replacement Niyi Adeolokun chipped through towards the posts and Stephen Fitzgerald chased the ball down to ground it before it went dead.

After Leader’s extras made it a double-scores lead, Fitzgerald completed his brace just three minutes later. He was first to his younger brother’s chip over the top, kicking through himself before the bobbling ball proved elusive – it bounced off his chest – and he dribbled through to dive on it to the left of the posts.

Referee George Clancy and his near assistant ruled out a knock-on, so the try stood and Leader maintained his 100% kicking record to the finish. Two minutes from the end, Russian indiscipline allowed Connacht to get back into scoring range – allied to a strong maul – and Boyle burst onto a short Kerins pass to close out the scoring.