Leinster Rugby have set up their first ever double header at Energia Park on Saturday, August 17 to kick-start the province’s season.

Tickets for the exciting double header are on sale now with prices starting from €5 for junior tickets and €10 for adult tickets. One ticket serves both games at the Donnybrook venue.

At the announcement this morning in Energia Park were both head coaches, Cullen and Armstrong, as well as Leinster players Ed Byrne and Michelle Claffey.

Cullen’s charges finished off their 2018/19 campaign in thrilling fashion in the rain at Celtic Park, with an 18-15 win over Glasgow Warriors in the PRO14 final, while the Leinster Women had a dramatic end to their own campaign as a 14-all final round draw with Munster was just enough to win the Interpro title at Energia Park.

Looking forward to the double header next month, Cullen commented: “I think it’s great for the development and progress of the game in Leinster, the fact that that men and women are going to be playing here on the same day. It’s a very, very positive step for us as a club.

“I know the Women’s team have been working very hard and it will be a big occasion for them. Hopefully we’ll get a decent crowd to come in and support both teams. For us, Coventry will be our first first friendly fixture. We’ll play Canada, so the senior team will travel to Canada the following week.

“So it’s a good opportunity for people to come and see a lot of young players. We’ve a lot of guys who would have trained a lot of with the seniors towards the end of last season and didn’t necessarily play a huge amount. It’s important we get those guys back playing. Hopefully it will be a good day for everybody.” 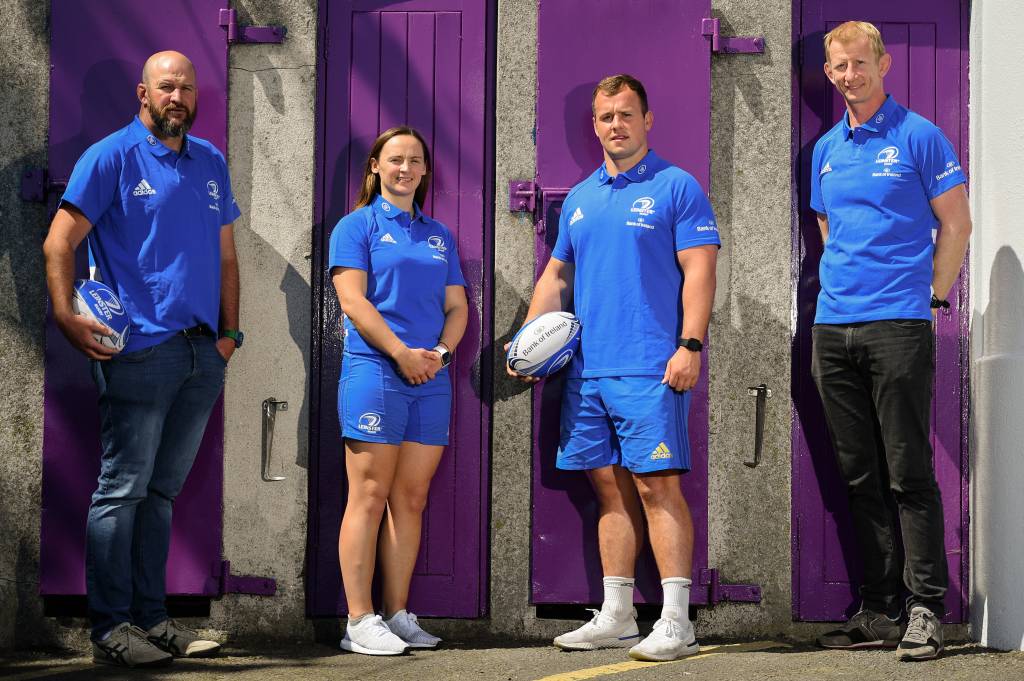 Australian Armstrong, who begins his second year as Leinster Women’s head coach, added: “We’re back training and it’s good to be back. Certainly we feel that Energia Park is our home and our fortress and we’re looking to keep it that way this year. The girls can’t wait (for August 17) – it’s one of those things that we see Leinster really pushing the boat out for Women’s rugby.

“We’re excited to be involved and it’s nice that the men agreed to be the curtain-raiser for us! Energia Park brings it own energy. The crowd really gets behind the girls and our whole aim will be to play good rugby. So once they see that happening, it’s going to be an exciting atmosphere and we can’t wait to get started.”

Speaking about the province’s first round opponents, he noted: “Connacht were hurting after last year so I’m expecting a lot of retaliation coming back. It’s probably something in the pit of their stomach they’ve been looking forward to. They’ll be happy that it’s first out.

“Realistically (in last year’s game), we were only two tries up heading into the massive Sportsground breeze, and we got two tries before the end which made it a little bit more comfortable and we could play a different way in the second half. But without that, it was a lot closer than that (47-0) scoreline suggests.”

The Leinster Women have away fixtures against Ulster (August 24) and Munster (August 31) before the newly-extended Interpros’ semi-finals and final. Cullen’s men will play Canada at Tim Hortons Field in Hamilton, Ontario on Saturday, August 24 and travel to Northampton Saints for a third pre-season game at Franklin’s Gardens on Thursday, September 12.