Buoyed by their magnificent Grand Slam success in the springtime, the Ireland Under-20s will embark on next month’s World Rugby Under-20 Championship in Argentina high on confidence and self belief.

Despite entering the U-20 Six Nations as underdogs, Noel McNamara’s squad defied the odds to win the title with five straight victories. A first round home win over England set the wheels in motion, and it is the English who provide the opposition for Ireland’s Pool A opener at Club de Rugby Atheneo Immaculada in Santa Fe on Tuesday, June 4.

Having enduring a difficult 2018 World Rugby U-20 Championship in France where they finished 11th overall, Ireland will return to the global tournament with a significant pep in their step. The squad has been reunited in recent weeks and McNamara is hopeful the achievements of the past few months can drive them on to even greater heights.

“This is a really exciting group to be part of and we felt that when we came back together last week,” explained the Clare man. “We spoke to the leadership group and then the rest of the squad, and one of the things that kept coming back was the belief that they got over the course of the last few months. That underpins any level of performance, so it is very important.

“There are guys who will go through a full professional career and they might get just one opportunity to tour the southern Hemisphere. There will be great challenges, to travel and live in a different country for four weeks. Experience a different culture. Many of them won’t have played against a southern Hemisphere team before. This tournament brings a different dynamic as well.” 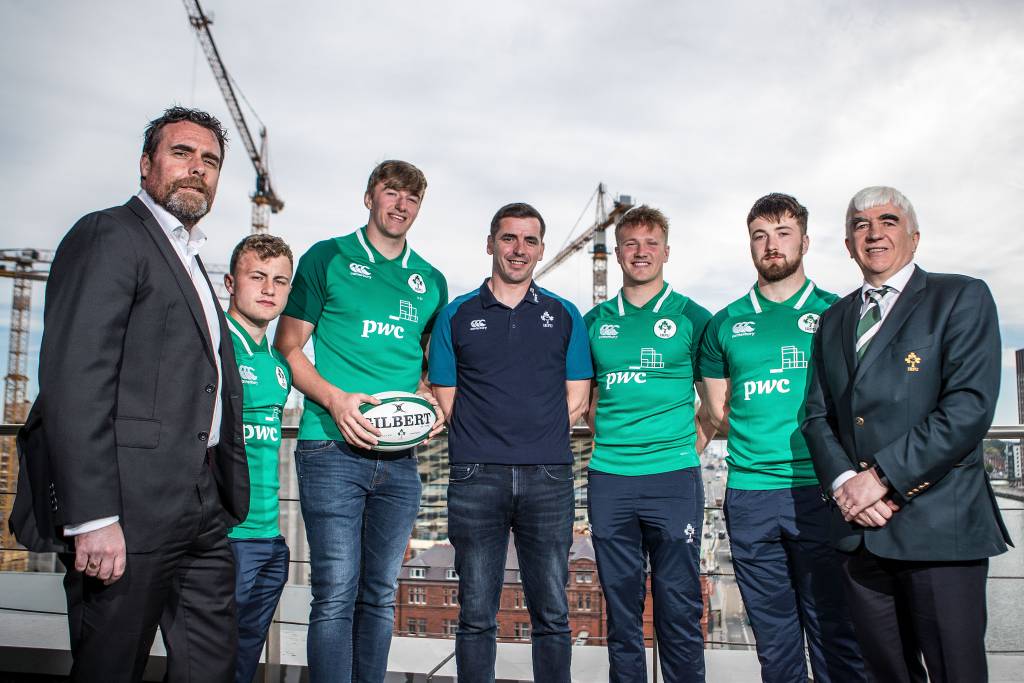 As they aim to repeat the impressive February victory against England, Ireland will travel to south America without some of their Six Nations heroes. In addition to Munster winger Conor Phillips, the Leinster triumvirate of David Hawkshaw, Harry Byrne and Scott Penny have been ruled out through injury.

In the absence of Hawkshaw, towering UCD and Leinster lock Charlie Ryan has been promoted to the role of team captain. While it is unfortunate to lose these key players ahead of the tournament, McNamara views it as part and parcel of the international game.

“That’s part of sport unfortunately. The reality is that part of this process is so that guys can go on and contribute provincial and international rugby. In fairness to Scott and Harry, they have done that. Obviously the initial reaction is that it is disappointing for them because it is an opportunity on a big stage to show what they can do. Then you look at the opportunity it will be for someone else.”

Indeed, among the extended 32-man Ireland Under-20 squad, which is set to be reduced to 28 players next week, McNamara has included eight uncapped players. Ulster pair Azur Allison and Stewart Moore were initially set to feature in the Six Nations, before injury delayed their U-20 debuts.

Thanks to some excellent displays for Clontarf and Terenure College respectively in the top flight of the All-Ireland League, Declan Adamson and Adam La Grue have also been rewarded with call-ups.

“Azur Allison and Stewart Moore are two guys originally named in the Six Nations squad. We hoped that, at some point, they would be able to get back to full fitness. Unfortunately, it didn’t pan out like that. They would have played Irish Schools, Irish U-19s and be really strong performers for them. That is where those guys are coming from.

“Declan Adamson has just had a really good year. I’m at pains to point out the importance of the AIL to the U-20s. Declan has had a tremendous year with Clontarf where they went all the way to the final. Paddy Finlay was their starting hooker, but missed large chunks of the season. Declan stepped in and did really well for them.

“Adam La Grue the same. Terenure initially had a very tough year and then it looked like if they could get into the play-offs towards the end of it. Adam has had a tremendous year with Terenure. Been one of their top performers, scoring tries, defensively very solid. He’s got an opportunity on the back of that.” 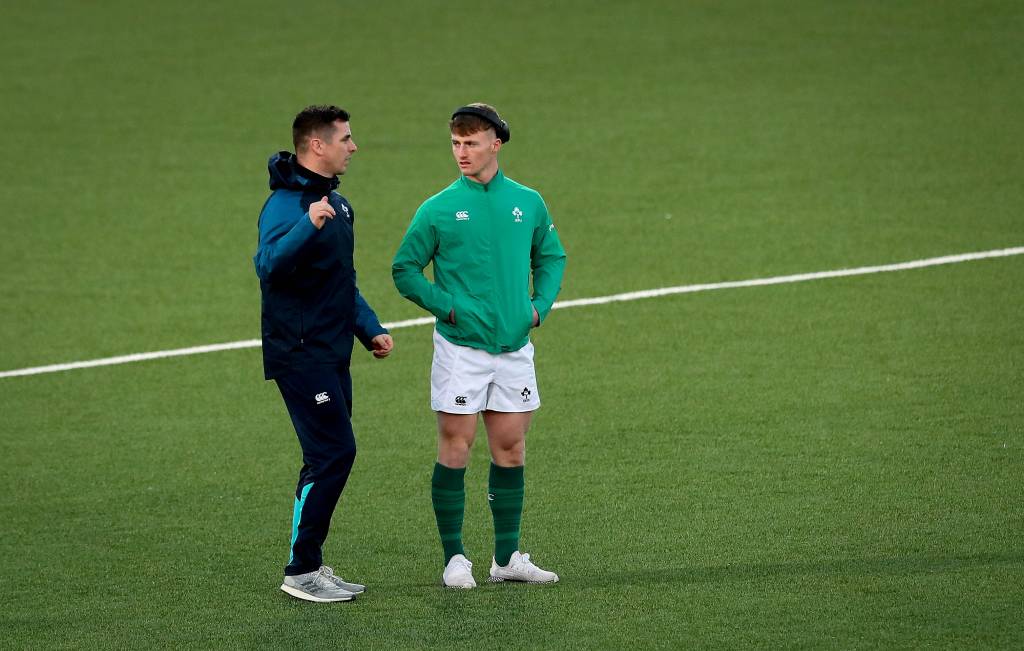 Munster second row prospect Thomas Ahern and prop Charlie Ward are also part of the uncapped group, the latter seeking to emulate the path of fellow Tullow native Sean O’Brien into the senior ranks with both province and country.

McNamara added: “Thomas Ahern is a physically impressive athlete. I went to watch the (Ireland) Under-19s play in France and was particularly impressed with him and his performances there. You don’t meet many 6ft 8in guys, who are as athletic as he is. There is definitely a lot of upside to him.

“Equally, Charlie Ward is comfortable both sides of the scrum. He is a guy who has come through the Youths pathway. Another man from Tullow, just as one leaves us another arrives. Hopefully, Charlie can have a similar impact to the previous ‘Tullow Tank’.”

As well as having to deal with some early start times (their pool games against Australia and Italy both kick-off at 10.30am local time), Ireland may be forced to contend with the harsh climate of an Argentinian winter. There is a sense of deja vu for McNamara, who has spent time in New Zealand since Ireland last competed in the global tournament.

“I can’t wait for my fourth winter! I went from winter in Ireland, to winter in New Zealand to winter in Ireland and, now, winter in Argentina. It’s four in a row. I’m definitely going to get some vitamin D tablets before I travel out there! We’re probably about four hours north of Buenos Aires in Santa Fe.

“It will be mild. Probably looking at high teens, hopefully. You prepare as best as you can. I’m really clear in my own mind and the players are clear that high performance equals people’s ability to be adaptable.

“There are going to be challenges. The kick-off times, the travel. The different surface, the different refereeing interpretations and so on. It is about our ability to get the best out of ourselves. Our ability to be adaptable which will be the key.”