Cork Constitution second row Brian Hayes has hailed the impact made by senior coach Paul Barr ahead of the club’s latest appearance in an All-Ireland League Division 1A final on Sunday afternoon.

Following a 23-3 win over Dublin University at Temple Hill last Sunday, Con have reached their fourth successive league final. Having gained a reputation for their physical approach in recent seasons, the return of Barr to the senior management team – alongside director of coaching Brian Hickey – has added a fresh dimension to their play.

“At the same token, we’ve been on the other side of it. Finishing fourth and won the league. Finishing second, third. In the last four years, we finished in the top-four in four different positions every year. It would be a waste of 18 good games to turn around and go back down the road without the cup, as they say.

“I just think we’re a lot more trustworthy of our backs, from the pack. We’re kinda getting old up front. Not moving as well as we used to be! Aidan Moynihan has come in at 10 and pulled the strings very well. He’s moving us around the pitch a lot better than we had been. We’ve young fellas on the wing that are finishing tries that they really shouldn’t be finishing. Which helps a lot as well.” 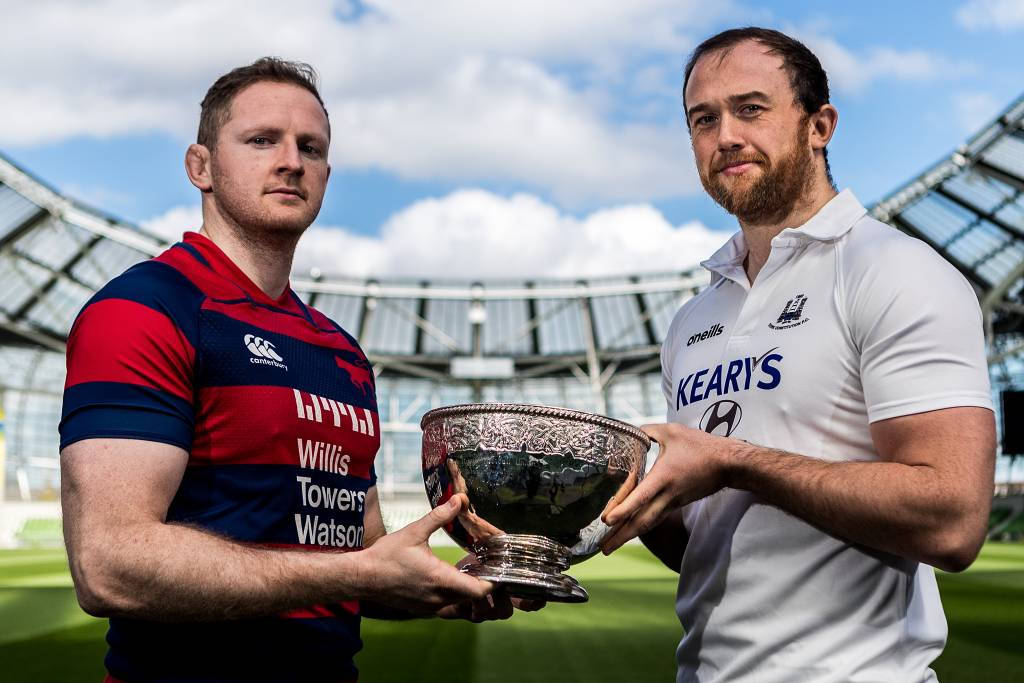 For the third time in just four years, Clontarf will provide the final opposition for Constitution at the Aviva Stadium this Sunday (kick-off 3pm). A ‘Tarf side featuring future Munster and Ireland out-half Joey Carbery had the measure of Con in the 2016 decider, before the Leesiders gained revenge at the same stage twelve months later.

They have already completed the double over the north Dubliners in this season’s top flight, but will need to produce another big performance if they are to add to their five league titles. Despite finishing 11 points clear of ‘Tarf in the table, talismanic lock Hayes is a strong advocate for the league’s current structure.

“I’m grateful most of the time for the fact that it’s a league and having the day out is a lot better too. In the sense of a competitor, if you had won the league by 11 points we would have been playing the last three games of the league for no reason,” admitted the 28-year-old Corkman.

“You’re kinda finished in April and not a whole lot to look forward to. To have the day out (at the Aviva Stadium) and to have those two play-off games, it’s definitely something that I think is valued and probably gives that bit more of a crowning achievement if you actually do it.”

While Ireland Under-20 Grand Slam winners Sean French and Jonathan Wren, who is expected to be named on the bench for Sunday’s game, are relatively new additions to the squad, the core of the Con squad has been in place for a number of years.

Likewise, ‘Tarf are back-boned by experienced operators like David Joyce, Matt D’Arcy and captain Michael Noone. They return to Division 1A’s biggest stage on the back of successive victories over 2018 champions Lansdowne, which makes them a dangerous prospect for Hayes and his Con team-mates.

“If you’re going to do it the hard way, it’s beating the champions two times in-a-row, isn’t it? We see a lot of similarities in Clontarf to ourselves. We’ve played them for years, won a final (in 2017) and the same five or six fellas were in the same five or six positions for both teams that day.

“Mick (Noone) there and Luke Cahill are probably the same number eights for the two teams. Matt D’Arcy and Niall (Kenneally) have been the two best 12s in the country for the last four or five years. When we won two years ago, I think we won six or seven on the bounce including beating Lansdowne, who finished top, in the semi-final behind here (on the back pitch at the Aviva).

“It adds a lot when you’ve that bit of confidence in yourself, that you’re just going to back whatever you’re doing. Rucking, tackling and all that stuff. We had a good result too on Sunday, so it’s all the one. Clontarf started like a house on fire and then had that bit of a rough patch, but as I said it’s two games you need to win really when it boils down to it. Get into the top-four and if you get in there with 40 points, it’s all the one. You just need to win two games.” 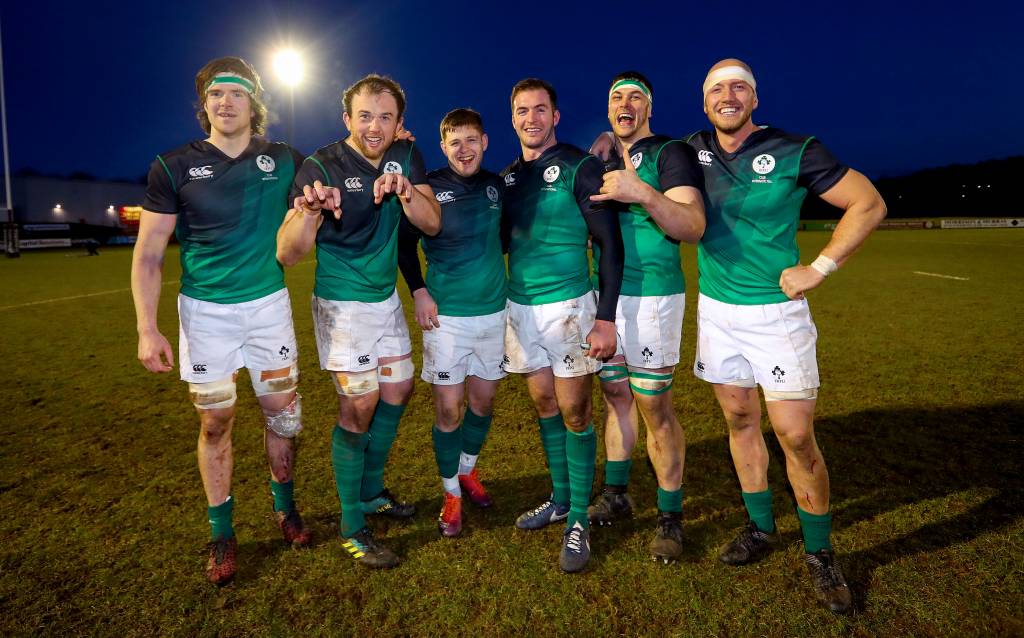 Like Clontarf skipper Noone, a former Leicester Tigers player, Hayes has spent time in the professional game. After making two senior appearances for his native Munster, where he was part of their sub-Academy and Academy proper and also won the British & Irish Cup, he enjoyed a couple of seasons in France with Aurillac.

He returned home in 2015 where the lure of the domestic club scene drew him back to Cork Con immediately. Speaking about his sporting background and his love of playing for Con, the Ireland Club international acknowledged: “I would have had a big GAA background. I would have been Nemo Rangers. Would have grown up in that sort of atmosphere. I’d identify with a club more than anything else.

“I grew up around rugby around the time Munster had that team that were doing everything so well. All you care about playing for then is Munster and Ireland. Then you get to the age of 24, 25 and you realise your options are Pro D2 in France. It’s not as enticing as going out wearing the red jersey or the green jersey.

“To get to come back to a club like Con, where you have the core club that has been there since I joined. The likes of Noel Walsh, Stan Waldron, Der O’Riordan, the fellas that are always there. Always putting the club forward. It makes a big difference. It’s something to enjoy.

“It’s a cliche, but you play with your friends and we’ve the same team at Con really for the last four years. The likes of Niall (Kenneally), Gav Duffy, Luke (Cahill), all these people. It’s enjoyable to play with them.”