Big Red Cloud and PRO14 Rugby have confirmed the refereeing panel that will be in place for the GUINNESS PRO14 final series which kicks off this Saturday and runs up to the Championship final at Celtic Park in Glasgow on Saturday, May 25.

A squad of 11 match officials, headed up by international referees Nigel Owens and John Lacey, have been selected and held a two-day training camp at the WRU’s High Performance Centre outside Cardiff last week.

The panel includes referees from Ireland, Italy, Scotland and Wales and contains some of the Championship’s most experienced officials:

Another key member of the match officials team will be Big Red Cloud, whose logo will be emblazoned on the back of the referees’ kit across the final series and throughout all of next season. Big Red Cloud are providers of simple online accounting, bookkeeping and payroll software who know the value of accuracy when it comes to helping modern businesses make better decisions.

The following match official appointments have been made for this Saturday’s GUINNESS PRO14 quarter-finals.

The appointments were chosen by the selection committee, directed by Greg Garner, Elite Referee Manager for PRO14 Rugby, and made up of referee managers from the competing Unions across the GUINNESS PRO14. PRO14 Rugby can also confirm that the overriding criteria for selection during the final series will be performance and capability.

Speaking about the match officials chosen for the final series, Garner said: “Our analysis and grading of our referees has improved greatly, and along with the referee managers from our Unions, we have worked hard to remove subjectivity from our review and selection process. We have a clear picture of who our best performing officials are and they have earned the right to be involved in the biggest games of the season.

“With so much at stake in these games it’s vital that we put the best referees in charge and that they are leading a team of four that includes the assistant referees and TMO. The support of the team was a key point of our recent camp and the guys are fully aware that this is the best way to ensure the right calls.” 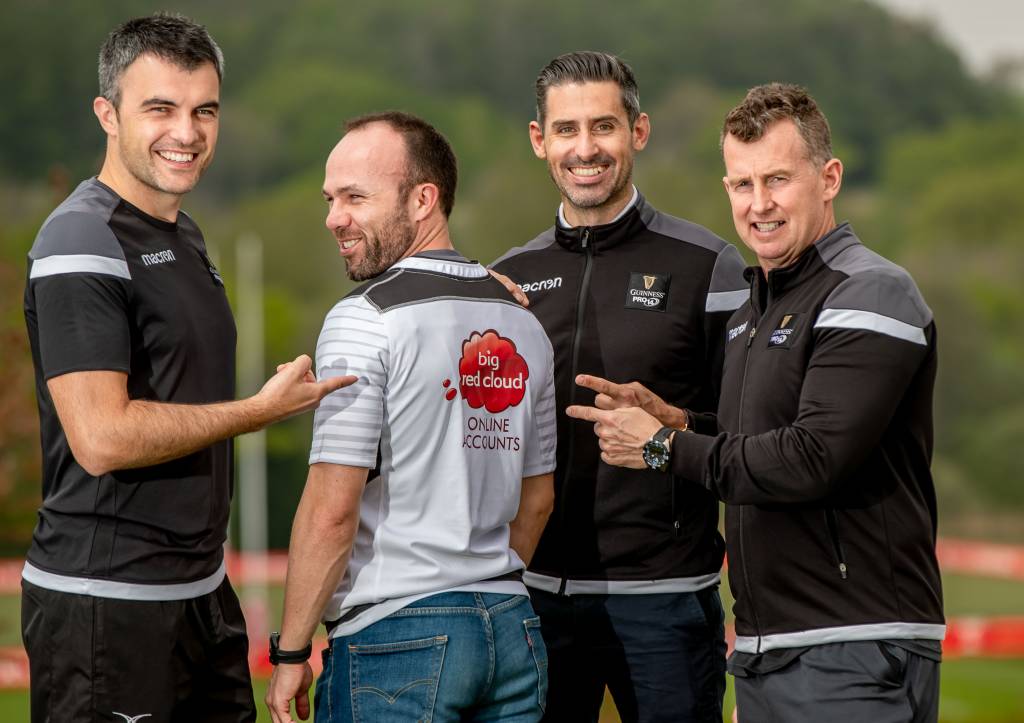 Marc O’Dwyer, the CEO of Big Red Cloud who was present on day one of the meetings in Wales, commented: “We’re delighted to be supporting the GUINNESS PRO14 match officials as an official partner and it was a real honour to see how the referees challenge themselves off the pitch to be better on it.

“Naturally, our business is based around accountability and to see how meticulous these guys are in their preparation underlines the shared values we hold – we take great pride in delivering for our customers and the referees’ job is to provide the best performance possible for the teams, the fans and the PRO14.

“We’ll get a real kick when we see the referees running out on the pitch with the Big Red Cloud logo on the back of their shirts and I’d like to wish all of the referees who get selected the very best of luck over the next few weeks.”

Dermot Rigley, Commercial Director PRO14 Rugby, added: “Big Red Cloud are one of a number of brands who see the great value in appearing on our match officials kit and it’s brilliant to have Marc and his team backing our referees. Partnerships such as this play a vital role in funding the match officials programme which has a real impact on preparation and performance, and I’d like to thank Big Red Cloud for their support.”