Ireland Women’s head coach Adam Griggs is hopeful his side’s familiarity with Wales can help them to sign off a difficult Women’s Six Nations campaign on a positive note at Cardiff Arms Park this afternoon (kick-off 1.30pm).

The two teams play each other in an uncapped warm-up match at the beginning of each calendar year, using it to fine-tune for the Six Nations, and it was Ireland who came out on top at Energia Park in January, scoring five tries in a 29-19 victory.

From the 27-strong squad that was selected for that Donnybrook clash, eleven are included in the Ireland starting XV for the visit to the Welsh capital. Along with Deirbhile Nic a Bhaird and Sene Naoupu, 17-year-old Ballinasloe flyer Beibhinn Parsons and Lindsay Peat, who was recovering from a neck injury, were marked absent.

Both Parsons and fit-again prop Peat have been promoted from the replacements bench for today’s final round encounter, deputising for Alison Miller and Laura Feely respectively. The remainder of the side remains intact from last week’s 47-17 home defeat to France, with Griggs resisting the urge for wholesale changes.

“We have played Wales a good few times. We play them every pre-season, so we know what they are about as well. Hopefully we can exploit them. I don’t think this is a time to make drastic changes,” admitted Griggs, speaking ahead of the Celtic derby on the 3G pitch.

“We have to make sure we have some consistency with selections and make sure that combinations are there and we are looking to the future. This squad and the whole squad is really about looking towards to the future. Whoever we can use and decide on, we’ll back them fully.” 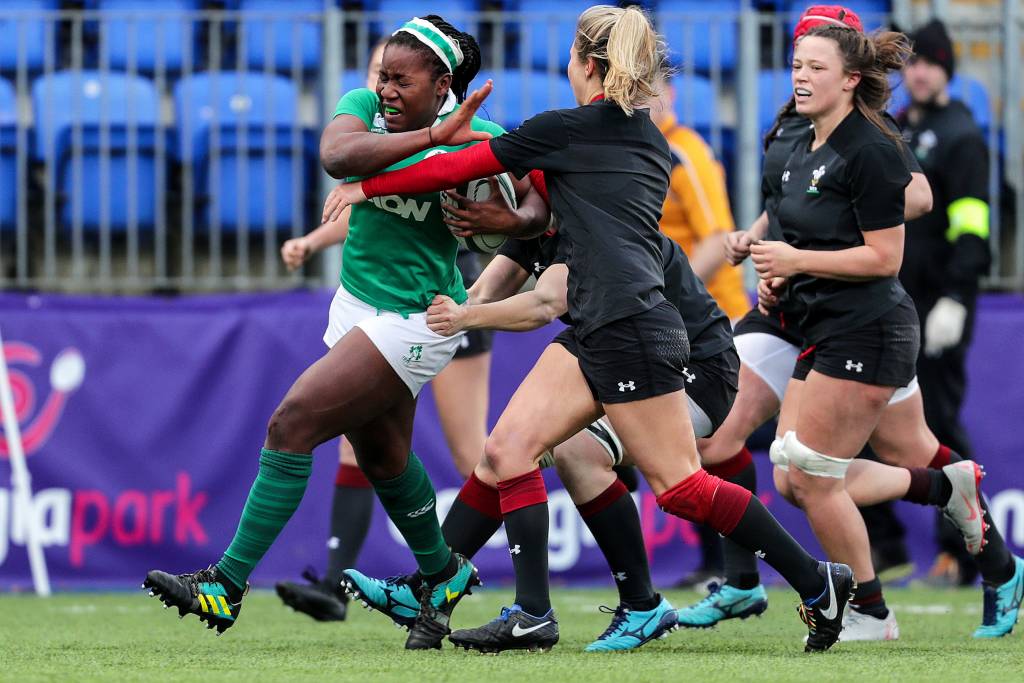 Over the course of the tournament, Ireland have displayed flashes of good play. Following a heavy opening round loss to England, they scored a total of 11 tries in their subsequent meetings with Scotland, Italy and France. However, their 22-5 bonus point triumph over Scotland at Scotstoun Stadium has been their only victory.

The girls in green are striving to produce a complete 80-minute performance and while they are edging closer to achieving that goal, Griggs acknowledged that mistakes have cost them dearly, saying: “I think it’s coming in stages, where if you look at some of our earlier games we do something well for five minutes. Now we’re up to 25 minutes, where we are getting more consistency.

“Certainly consistency around our handling and our position, and what we’re doing. Ultimately again, we’re not doing it for long enough. If we’re making a mistake, the mistake seems to really cost us dearly. Then we dig ourselves a little bit of a hole. We’ve got to make sure that, even if we do make a mistake, we can bounce back and rectify that quickly. Not let it happen to us again.”

Their penultimate round showdown with France drew a record crowd of 6,047 spectators for a standalone Ireland Women’s fixture on home soil. Suffice to say, Griggs and his charges are hugely grateful for the support they have received for their two home matches in Donnybrook during the 2019 tournament.

“We wanted the result in front of such a good crowd. I guess that’s the beauty of the Irish people, they support their teams really well and they’ll back them until the cows come home. There is that little bit more pressure, but it also makes the girls hugely excited for that.

“Trying to perform in front of a home crowd, it gets them up for that. There probably is a bit of added pressure to them as well. Again trying to do things out of the ordinary that sometimes don’t come off. If it’s at this level and it doesn’t come off, it will cost you.” 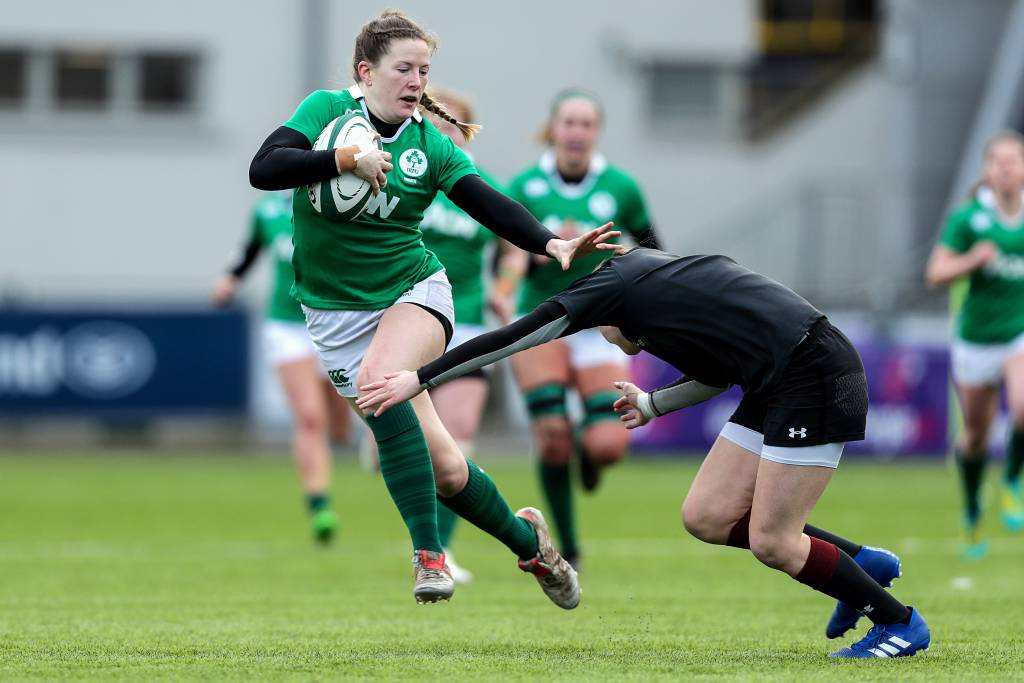 Since they last travelled to Cardiff Arms Park in March 2017, there has been a major turnover in personnel within the Ireland squad. Miller and Leah Lyons are sidelined for the rematch, meaning the only starters to retain their places two years on are Naoupu, Peat, current captain Ciara Griffin and Claire Molloy.

Additionally, Nichola Fryday was on the bench that day when Ireland registered a 12-7 win and partners Aoife McDermott in the second row this afternoon. While acknowledging that the squad is going through a transitional period, Griggs and his coaching team are acutely aware of how desperate this group are to turn around their present sequence of results.

“That’s probably where our challenge lies, with the coaches and management. Just keeping a balance to it. Again for us, we’re pointing out some of the good things we’ve done, but that also leads to a lot of the things that we haven’t done well. We are keeping it calm because we, as a group, know where we’re at. We know what we can do.

“Of course we’re going to have some tension and some pressure because of the results. That’s natural and also you’ve got to remember our players are all competitors and we’re all here to win. We’re all in this game to try and win. When you don’t, you’ve got to make sure you’re honest with yourself. We’ve got to fix these things,” he added.