They may be on the verge of securing the country’s first underage Grand Slam since 2007, but head coach Noel McNamara believes the journey for his Ireland Under-20s squad is only just beginning.

An impressive run of four victories has ensured the U-20 Six Nations title is already wrapped up in advance of Ireland’s trip to Parc Eirias in Colwyn Bay tonight, and another win at the expense of a determined Welsh side would etch their names into Irish Rugby history.

The Under-20 grade has proven to be a stepping stone for a number of Ireland senior internationals in the recent years – most notably the quartet of Garry Ringrose, Joey Carbery, James Ryan and Jacob Stockdale. For McNamara, the developmental aspect of U-20 rugby will continue to hold the greater relevance, regardless of how results transpire on the pitch.

Speaking ahead of the final round clash with Wales, he said: “The measure of this group isn’t whether we win a Six Nations or win a Grand Slam. The assessment of the group will be in 10 years. This is a development team and it’s two-fold. We want to be competitive and learn to win but, equally, we have a responsibility to develop these players and develop them as people so they can go on and have really good careers in the provinces and the senior Irish team.

“Equally, I was looking at the U-20 team from 2007 and one of their best players was arguably David Pollock. Unfortunately, his career was cut short by injury and trying to equip them to deal with that as well, deal with the disappointment. We talk about having a permanent base camp, don’t let the highs be too high and don’t let the lows be too low.

“And that has been evidenced as well. There hasn’t been over-the-top celebrations, it has been very much a case of job well done and let’s look at the next challenge and task. There will be an opportunity to reflect on that afterwards.” 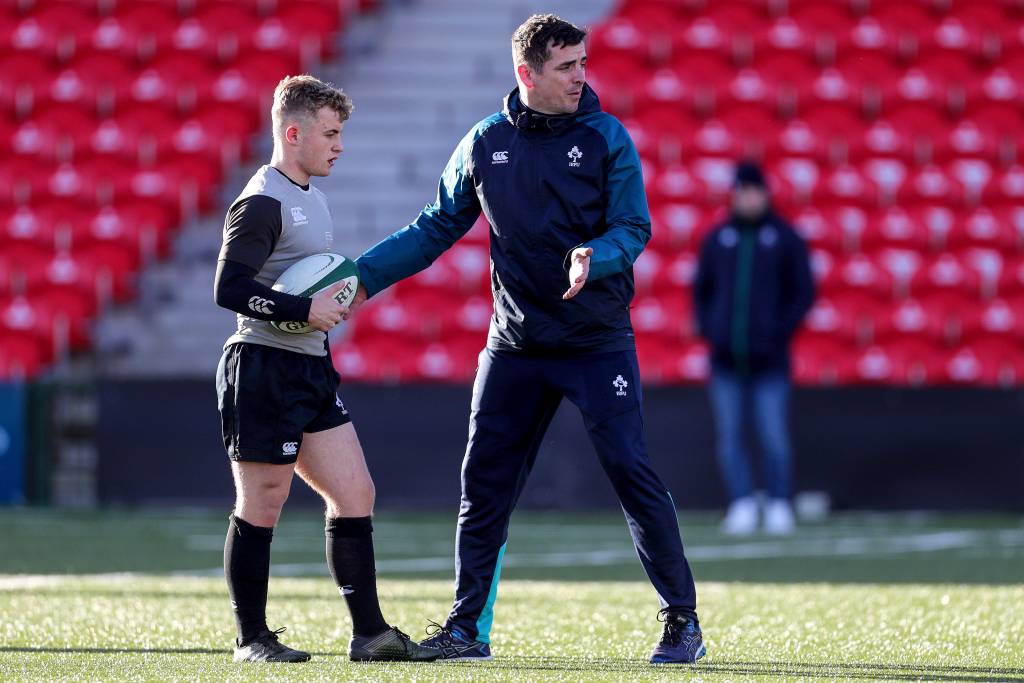 As noted by his tighthead prop Thomas Clarkson earlier in the week, McNamara boldly predicted a Six Nations crown was within the squad’s grasp when they were under his guidance at Under-18 level. Such is the trust the Clare man has placed in this group that he has been more than happy for them to talk up their Grand Slam hopes.

“We’ve had the solutions again (against France) in Cork and we believe we’ll have the solutions again this week. On Friday (tonight) obviously the boys are aware of the opportunity that’s there. That’s come about by backing themselves and doing all the right things in the previous rounds.”

Disappointed to slip out of title contention with a 27-20 loss to Scotland, Wales will be more than willing to play the role of party poopers in Colwyn Bay. Whereas Ireland entered the last round with an impressive home record against France, it is in stark contrast to their away form against their Celtic cousins.

“Wales present a massive challenge. The one thing I will say about this group is they’re motivated by challenge. They’re certainly not diminished by it. It’s something we’ve already spoken about, is that record. Equally, I think if you look at something that’s never been done, you look at it another way. What an opportunity.

“History is watching and an opportunity for them to write another little chapter and, I suppose, set the bar a little bit higher for next year’s team. That’s certainly something that they’ve worked really hard at doing up to this point. I’ve absolutely no doubt they will again on Friday.”

The Wales U-20s currently sit fourth in the table, with two wins and two losses to show for their efforts over the first four rounds. McNamara is anticipating that the Welsh side that overcame both England (11-10) and Italy (42-12) will come to the fore, rather than the one that fell short against France (32-10) and Scotland (27-20).

“I think they lost their captain in the first game, (Tommy) Reffell, he’s with the Leicester Tigers and he’s obviously a very significant player for them. Taine Basham then came in and took his place. He scored three tries against the Italians. He subsequently played for the Dragons in the last two games. They have had a little bit of a turnover in players.

“Obviously, regional rugby at the moment in Wales is undergoing a bit of turmoil. I think that’s probably been a little bit in evidence. Their performances, certainly how they performed against England, how they performed against Italy, was very impressive. I think against Scotland last weekend they probably dropped a little bit in terms of what they would have expected.

“Equally, you’ve got to give Scotland credit. I think they’ve improved through the course of the Championship. They scored five tries away to France. Obviously backed that up with another strong performance last weekend. What we’re expecting, we’re expecting the Welsh to turn up and present us with a huge challenge.” 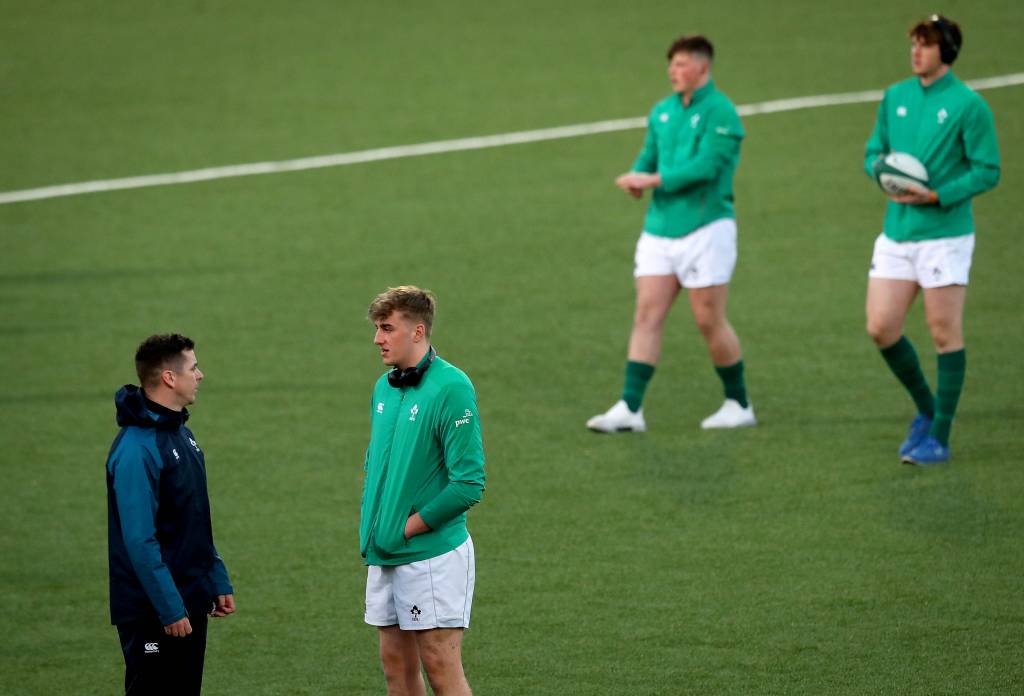 The maturity of this Ireland squad was shown in the way they have dealt with some serious injuries throughout the course of the campaign. Influential figures like Craig Casey, Harry Byrne and captain David Hawkshaw have been sidelined at various stages, the latter’s knee injury ruling him out of the France and subsequent surgery bringing his season to an unfortunately premature end.

Towering UCD lock Charlie Ryan (pictured above) has slipped seamlessly into Hawkshaw’s captaincy role, which McNamara sees as a ringing endorsement for the leadership group that was established at the start of the year.

“One of the things I really felt last year was that we put too much pressure on it (the captaincy). In previous years there has been a vote for captain and everything else. I think there’s a lot of emphasis in Ireland on the captain and, to be honest, for me it’s too much at this stage. I think you have to create a network of support and we very much feel we have that with the leadership group,” he added.