Following a testing 2018 on all fronts, this year’s Ireland Under-20s have flipped the form book on its head during an unforgettable spring campaign. A cruel run of luck with injuries contributed to an 11th place finish at the World Rugby U-20 Championship, on the back of a two-out-of-five winning record in the U-20 Six Nations.

However, Noel McNamara’s class of 2019 kicked off this season by defying the odds to defeat England 35-27 at the team’s new home, Irish Independent Park in Cork. They went on to secure three wins on the bounce against Scotland, Italy and France, confirming themselves as champions with one round still to play.

This bridges a gap of nine years to Ireland’s last U-20 Six Nations title, while it is all of 12 years since the nation last toasted an underage Grand Slam. The majority of the current group played under McNamara at Under-18 level in 2017 when they completed a remarkable 38-36 comeback triumph over Wales in the final game of a Easter-time International Series.

In the aftermath of that game, the Clare man boldly predicted that they would go on to win a Six Nations title at Under-20 level. Tighthead prop Thomas Clarkson was part of that U-18 squad and made his Ireland U-20 debut last month, a few weeks before his 19th birthday. He said that their Fota Island training camp in January helped to strengthen the already considerable bond within the group. 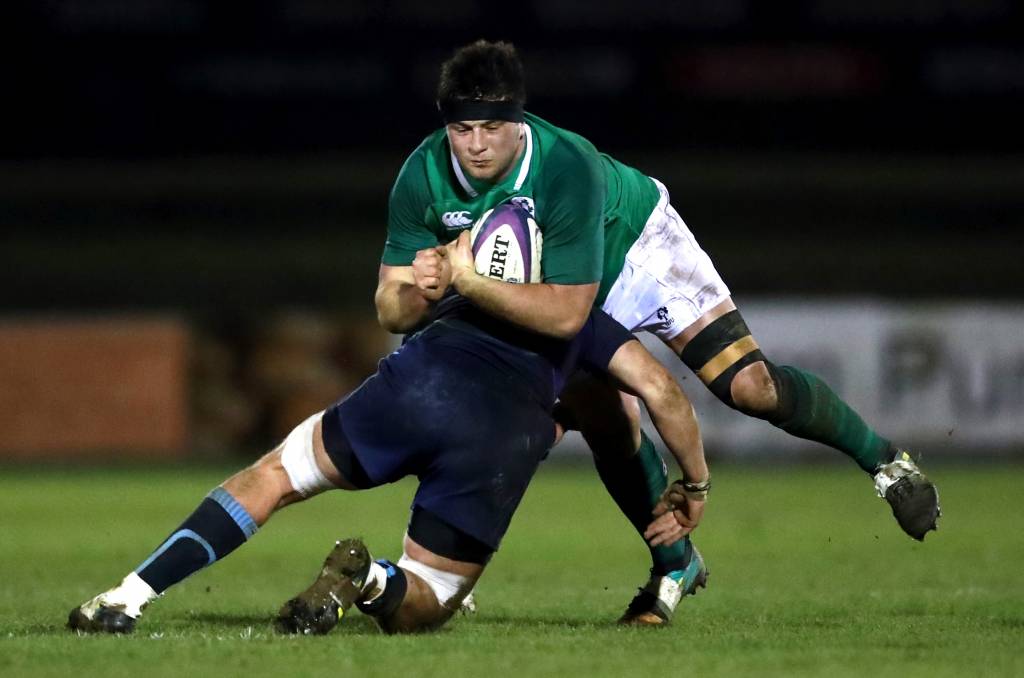 “Noel Mac said that, after the last game at Under-18s, he could really see us going on to being successful – I found that hard to imagine then,” admitted Clarkson. “After Fota is when it really came together for me. We seemed like an actual team. Before that, we were people trying to gel. In Fota, we really came together. I felt it really as a team going into England.”

Throughout the course of the Championship, the Irish scrum has held firm in the face of mounting physical challenges. While they are not regarded as the biggest pack in the tournament, the statistics across the first four rounds suggest the work done by Connacht’s Ambrose Conboy has paid off in rich dividends.

“We’ve launched 24-out-of-24 scrums, that’s a pretty good stat,” said Clarkson. “When we were looking at the set piece, we were letting ourselves down, maybe exiting and the lineout was a little bit off against France. But the scrum, it was nice just to have that there because they didn’t really function. If you give them (the backs) the ball, they will make something of it.”

It has been quite the introduction to the Ireland Under-20 set-up for Clarkson who, alongside current international team-mate Liam Turner, was a Leinster Schools Senior Cup winner with Blackrock College twelve months ago. He admitted to being nervous in advance of the tournament opener against England, but all that changed once he crossed the white line.

“I don’t really like to look into other scrums that much. When I got into it, it wasn’t half as bad as I was expecting which was a nice surprise really. Being smaller than the rest of them, I need to make up for it with technique. They (England) mustn’t have looked at us too much. We’re such a tight unit.

“It’s not just me really, the second rows and the back rows, they really want to scrum. In a lot of scrums, they can nod off and, when we go in, we do so as a unit. If we weren’t, we would just fall apart. Going in there with Dylan (Tierney-Martin) beside me at hooker, he really knows what he is about.” 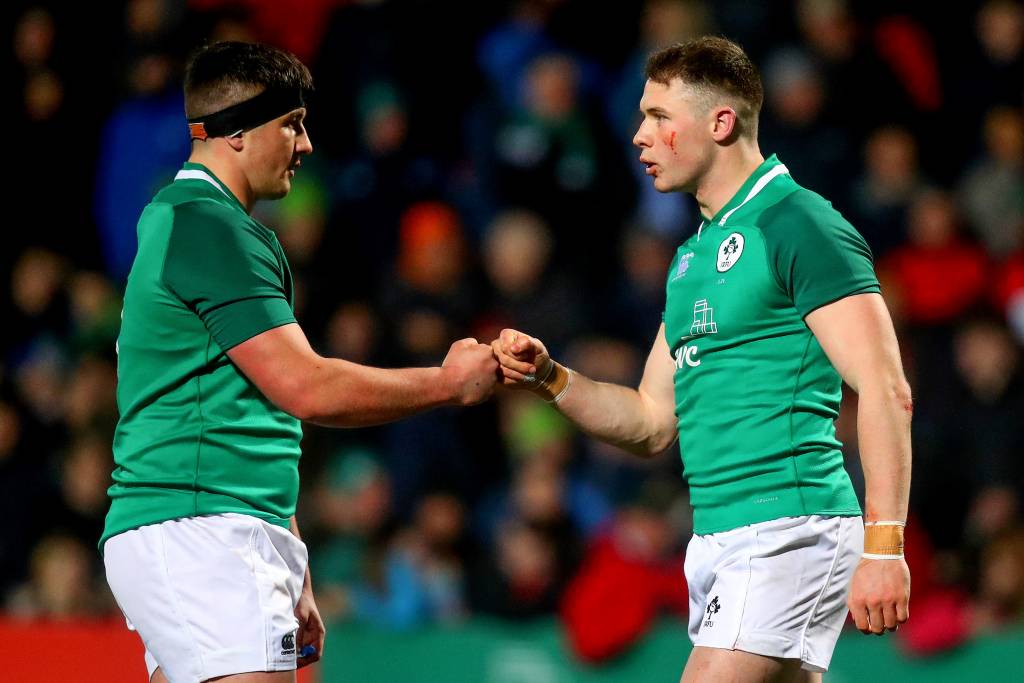 Like so many in the Ireland U-20 squad this year – and in previous set-ups – Clarkson has reaped the benefits of regular exposure in the All-Ireland League. He has played an increasingly prominent role for Dublin University who remain right in contention for a Division 1A semi-final spot with just three rounds remaining.

“It was important. It took me a while to break into the starting team. I think it wasn’t until November I was there as the starting tighthead. It was just a new level,” Clarkson said of his experience so far in the league’s top flight.

“I am quite slow to take on a new level. The way I grew into the All-Ireland League helped me in here (with the U-20s) because, obviously, you’re playing England in the first game. You don’t have time to be slow starters. I was happy to put on a show against England and have it behind me as a good experience.”

Regardless of how this weekend works out (or what June’s World Rugby U-20 Championship has in store), Clarkson can look forward to another stint at U-20 level in 2020. Having progressed quicker than he first envisaged, the Trinity College student is cherishing every second he spends on the pitch.

He added: “There is a lot of quality, Ryan Lomas is just behind me. It was a bit of surprise to be there at the start. I’ve grown into it. It is nice to get a bit of experience, I just put in a shift this year. I haven’t been doing much to stand out around the park. I just want to help the team really, gain experience, go to the World Cup and go into next year as a fully functioning tighthead.”