Tadhg Beirne, who will make his Six Nations debut on Saturday, is pictured training with the Ireland squad in Maynooth today ©INPHO/Billy Stickland

Ireland head coach Joe Schmidt has made three personnel changes to the team to play Wales in the final round of the Guinness Six Nations at Principality Stadium on Saturday (kick-off 2.45pm).

The final switch is at full-back where Rob Kearney has overcome calf tightness to reclaim the number 15 jersey on the occasion of his 90th Ireland cap. Jordan Larmour reverts to the replacements bench which includes fit-again scrum half Kieran Marmion, who last featured against New Zealand in November, as well as Andrew Porter and Quinn Roux.

It is Schmidt’s 30th and final Six Nations match in charge of Ireland, while captain Rory Best will lead the team out on his 64th and final Six Nations appearance. Beirne partners James Ryan, the man-of-the-match against France, in the engine room, with O’Brien rejoining vice-captain Peter O’Mahony and CJ Stander in the loose forwards.

It is the same back-line that was originally selected for the 26-14 victory over the French – Garry Ringrose and Bundee Aki team up in the centre for the seventh time, vice-captain Jonathan Sexton and Conor Murray direct operations from half-back, and Keith Earls and Jacob Stockdale, who have scored a combined six tries in previous meetings with Wales, offer a significant threat out wide. 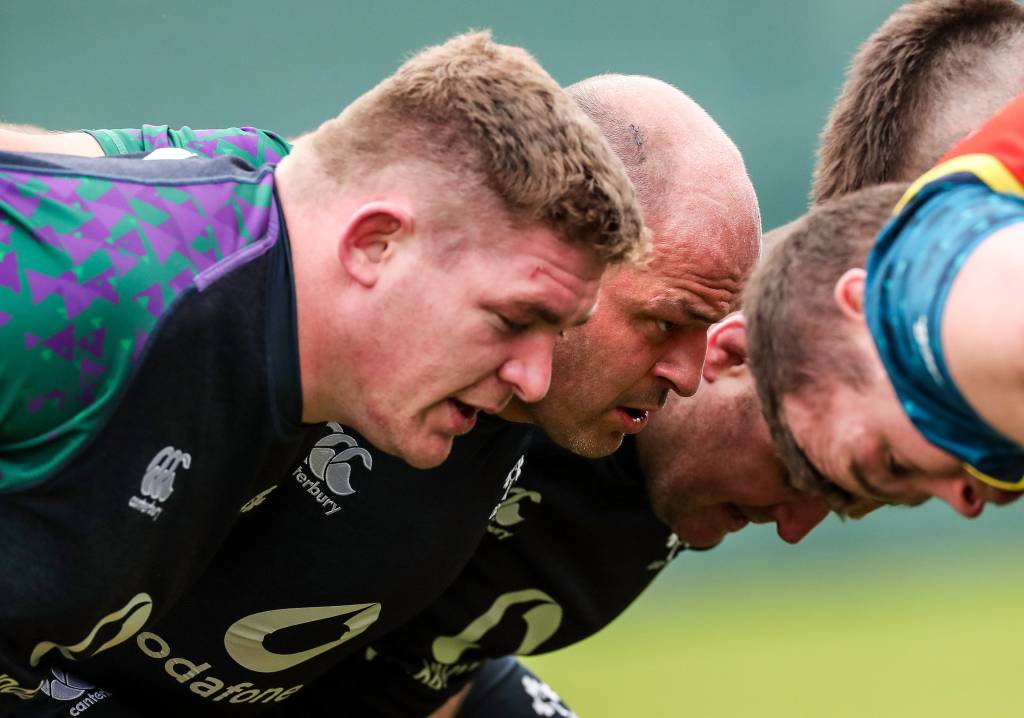 Commenting on the team selection, Schmidt said: “Iain picked up the injury during the game against France, he didn’t realise he had it during the game. It wasn’t actually until we got back to the team hotel that he felt that his knee was sore and that he’d sprained it. Hopefully it won’t keep him out for too long and that he’ll be back in the next few weeks.

“Tadhg Beirne would have liked to have a bit more game-time leading into it, and it’s one of those things, you’d love to go two weeks in a row with the same team. We haven’t really been afforded that luxury with the different injuries, so it’s just a case of slotting people in.

“As I’ve said all through the Six Nations, it’s been a really positive challenge for us to see if we can mix and match players and still try to get some cohesion. Thankfully we got that last week, can we build on that and get it again? Obviously we’ve lost two guys in the pack, so there’s a little bit of change there.

“Tadhg knows these (Welsh) players pretty well, obviously he’s played plenty of times against the second rows that are going to be there. He’ll know Adam Beard and Alun Wyn Jones well, he’ll know his former Scarlets team-mates very well. With that combination, I think he’s as ready as we can get him to be at this stage. I know he’s incredibly motivated to be as ready as he can be.”