Ireland Women’s head coach Adam Griggs admitted they were second best to France in Saturday’s exciting 10-try Women’s Six Nations encounter at Energia Park. The 47-17 defeat leaves Ireland fourth in the table but they still have a shot at a third-place finish on St. Patrick’s Day.

A record 6,047-strong crowd for a standalone Ireland Women’s home match was among the highlights for the girls in green on the night, with captain Ciara Griffin, Claire Molloy and Sene Naoupu all touching down to take the team’s tournament tally to 12 – one more than they scored in the 2018 Six Nations, with a round still to go.

“We were beaten by a better team, I think, tonight. Again in patches we can be good, but we just have lapses in concentration. At the moment the lapses in concentration are costing us two or three tries at times,” admitted Griggs who gave a debut to 19-year-old centre Enya Breen, while Beibhinn Persons, who is only 17, played most of the second half on her Six Nations bow.

“We need to just be that little bit better. When something goes wrong we (need to) problem solve on the go in not conceding more tries so we can nip it in the bud as quickly as possible. We have to be honest with ourselves. Games could be tighter. When you end up chasing the game you do other things you wouldn’t normally do. It costs you more points. We have to be better in those areas.”

Following a difficult opening to the game which saw lock Nichola Fryday sin-binned in the second minute, Ireland fought back to be just 14-12 behind midway through the first half. However, France fired back to lead 28-12 at half-time and they improved their position with an early Romane Menager try on the restart.

Griggs acknowledged that the latter’s 46th-minute score was a big setback to Ireland’s chance, saying: “Again what we’ve done before, we just had a slow start in the second half as well. Just can’t quite come out of the blocks as quick. Again, a quality side like France, they’ll put you under pressure. They took their chances, scored those tries and they deserved their win.” 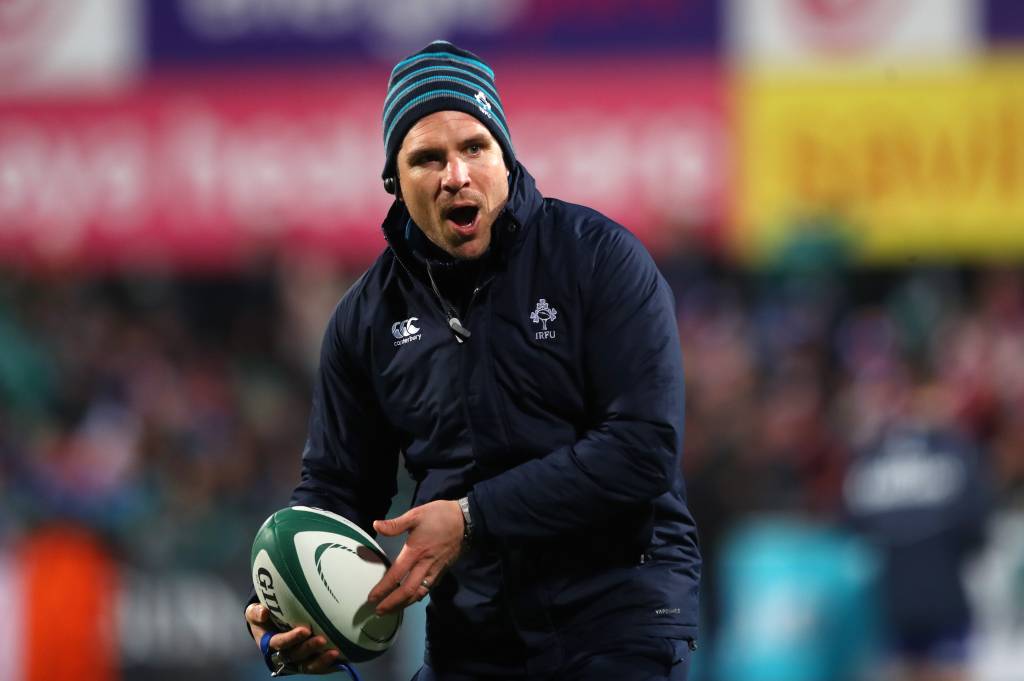 In addition to the injuries that had already ruled out Michelle Claffey (ankle) and Leah Lyons (AC joint) for the remainder of the tournament, Ireland’s hand was weakened by the absence of Juliet Short and Megan Williams. The Ireland boss said the disruption caused by the injuries was no excuse for the 30-point loss.

“Unfortunately it was during the Captain’s Run (that we lost Juliet and Megan). They both just pulled up. There’s a neck injury to Jules and Megan’s hamstring is at her. It ended up it was too close to game day for them. It does disjoint you a little bit. In saying that, Aoife McDermott came back in and put to work the things that she was asked to do.

“She’s been in the side the last few times, so there’s no real excuses. It’s probably just more of a case of being able to match them physically. We weren’t quite able to do that and when you let the French play a bit of rugby like they did, they can score some good tries.”

Ireland close out the Six Nations against Wales at Cardiff Arms Park next Sunday (kick-off 1.30pm) – Italy, who host France, lie third in the table on 12 points with Ireland on seven and Wales on six. For Griggs, the key to a second win of the campaign will be to produce a more consistent performance – rather than the patches of good play they have delivered to date.

“We’ve got to finish this Championship off strong. We’ve played good in patches and we’re just chasing that 80-minute performance, where we can really keep the good things that we’re doing on teams. Then make sure that we don’t give up easy tries and have those lapses in concentration, where we give the ball back to them and let them score as well. We’re looking for a big finish,” he added.