After a frustrating couple of weeks, reliable Leinster back rower Jack Conan was thrilled to get an extended run in Ireland’s 26-14 bonus point triumph over France in the Guinness Six Nations on Sunday.

Although he was always expected to gained some much-needed game-time during the Aviva Stadium encounter, Josh van der Flier’s injury-enforced withdrawal midway through the first half saw Conan slot in at number 8 with the ever-industrious CJ Stander switching to a flanker role.

The 26-year-old replacement commented afterwards: “Obviously unbelievably disappointing for Josh to have to come off. He’s a great lad and I’m hoping it’s nothing major and he’ll be back this week. For me, obviously it was a bit of a shock. I didn’t expect to be coming on so early, but it was good.

“It was a high-tempo game which suits me. I got my hands on the ball early, was able to make a lot of carries. After four or five minutes, when I got my second wind, I felt like I had just been playing. I felt like I hadn’t come off the bench. That was really good.

“I think the conditions had obviously been changing all day, but at that stage it was pretty dry and and allowed for a pretty up-tempo game. It suited us definitely to make the heavy French forwards work hard around the pitch. It paid dividends in the scores (three tries) we got in the first half.” 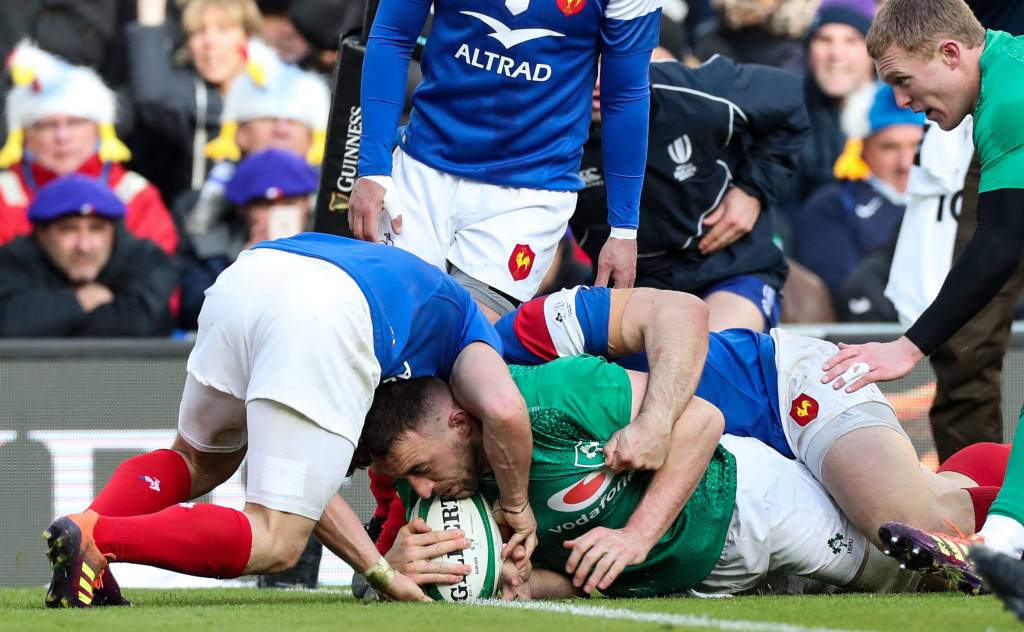 While he took great satisfaction from his own individual performance, most notably claiming his first Six Nations try and a sixth score in just 13 Tests, Conan readily recognises the power of the collective. Putting in a much-improved team performance was every bit as important as the result, which keeps Joe Schmidt’s men in the title race heading to Cardiff to play Wales next Saturday.

“I think as much as the win was so important, the performance was really necessary as well. We’ve massively under-performed the last few weeks, but I thought we showed so much today about who we really are. It was quite similar to a lot of performances we put in last year and even back in November. I think it was good to get back to winning ways at home and in that kind of a fashion.

“We owed it to ourselves, the coaching staff and to everyone who comes to these games and watches. It wasn’t perfect and obviously to let in those two tries at the end was disappointing, but I think it was a major step forward and it puts us in a great position going into Saturday afternoon.” 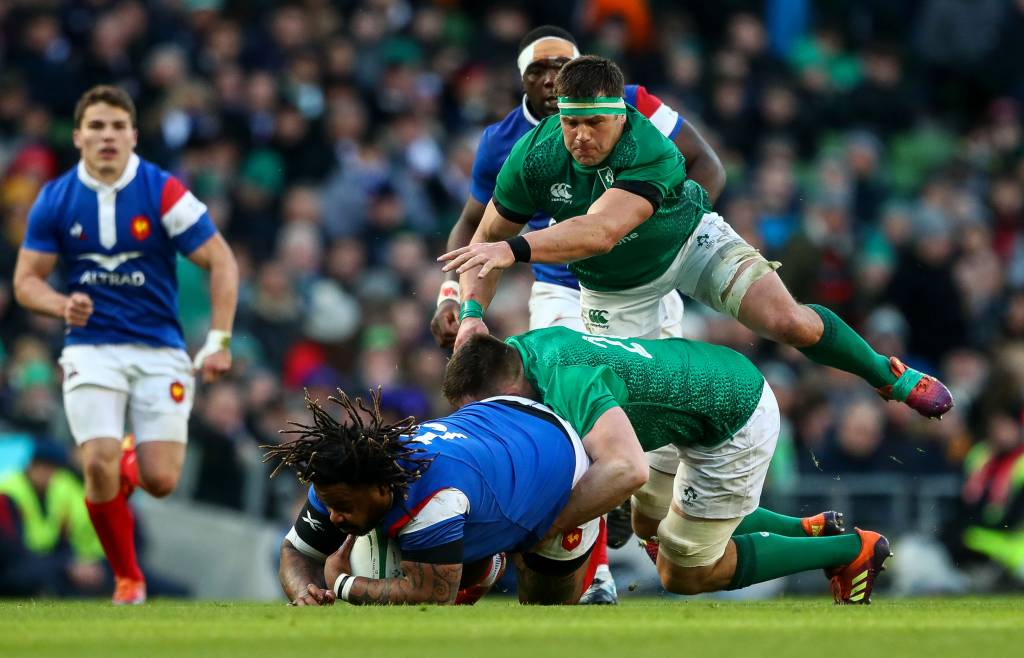 Looking forward to that crunch final round encounter with Wales at Principality Stadium, Conan acknowledges that there are still areas where Ireland can grow. That said, the positive aspects of their four-try display in front of the home fans has undoubtedly raised the mood within the camp.

“I think there’s always going to be work-ons. The conditions again were good at times and then it was lashing rain, and sleet and snow, or whatever else. There was always going to be messy balls, but I think we did unbelievably well in the first half to hold onto the ball. I think Joe was saying at half-time that we had 76% possession.

“Which is incredible considering how much pressure they were putting defensively on us. A lot of that was in their 22. I think it was quite rarely that in the first half we went into their 22 and came out without a score. That’s obviously something to be really pleased about. We’ll be quickly back to the drawing board and taking the positives with the negatives from this afternoon and building towards Wales.”

In comparison to the two week build-ups for yesterday’s fourth round match and the preceding clash with Italy, Ireland have a six-day turnaround to negotiate leading into the Cardiff fixture. In order to get themselves in the best shape possible, Conan believes they need work on the mental side of their game as well as the physical one.

“The emphasis is on recovery. A normal training week we’ll train Monday, Tuesday, Thursday, Friday. Play Saturday. Obviously we won’t be training tomorrow (Monday) after a heavy performance like that. It’ll be about recovering, making sure we’re at our best and firing on all cylinders. Making sure that even though we’re not on the pitch, that we’re getting our detail done.

“That we’re getting ‘nailed on’ earlier in the week. That we build the physicality, make sure that when we rock up on Saturday afternoon that we can put in a dominant physical performance. Because that’s what it’s going to take to beat Wales,” added the powerful ball carrier, who also touched down earlier this season against the USA.