The Ireland Under-20s, current leaders of the U-20 Six Nations with two rounds to go, have had their summer schedule confirmed following the announcement of the fixtures and ticketing information for this year’s World Rugby U-20 Championship in Argentina.

The cities of Rosario and Santa Fe will play host to 30 matches played over five match days across three venues from June 4 to 22. The twelve participating nations have been drawn in three pools of four teams, based on their rankings from the 2018 tournament.

Playing in Pool B, the Ireland U-20s, sponsored by PwC, will open the U-20 Championship against old rivals England, the 2018 runners-up, in Santa Fe on Tuesday, June 4 (kick-off 3.30pm local time/7.30pm Irish time). Noel McNamara’s side kicked off the Six Nations earlier this month with a memorable 35-27 bonus point win in Cork.

Ireland’s first U-20 clash with Australia since the 2013 competition takes place at the Club de Rugby Ateneo Inmaculada ground on Saturday, June 8 (kick-off 10.30am local time/2.30pm Irish time), while it is the same venue and kick-off time for the final round meeting with Italy on Wednesday, June 12. Scrum half Craig Casey scored a brace of tries in last Friday’s 34-14 Six Nations victory over the Italians in Rieti.

Tickets for the hotly-anticipated event providing a unique chance to witness the best young players in the world and the stars of the future are available via www.ticketek.com.ar and priced from $300 (£5.65) for pool matches. The tournament is already a proven pathway to the top with a total of 653 players having graduated from the U-20 Championship to play Test rugby since New Zealand won the inaugural title.

The most recent Ireland Under-20 graduates to be capped by the senior team were Ross Byrne and Sam Arnold in November and Jack Carty just last Saturday against Italy. Byrne’s younger brother Harry, who is average 12 points per game in the current Six Nations campaign, is on course to play in his second World Rugby U-20 Championship this summer. 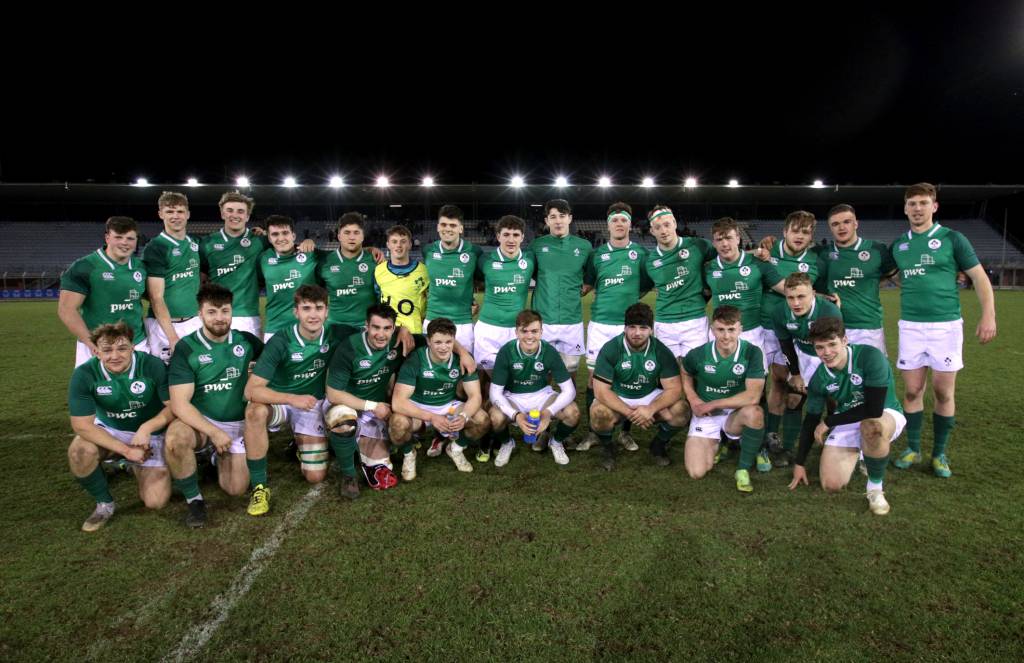 Following a record breaking U-20 Championship in France last year that saw 97,776 fans attend across the tournament, a peak domestic television audience of 1.31 million fans watching the final and more than 41.5 million video views in total, Rosario and Santa Fe will be expecting a great level of local interest and passionate support for Argentina.

The U-20 Championship has proven itself to be a very important competition for the uncovering and development of the future stars of our game and attracting new, young fans to the sport. With Rugby World Cup 2019 on the horizon these young players will have no shortage of inspiration to take the next step towards fulfilling their rugby dreams.

“The 2018 edition of the U-20 Championship in France was an outstanding success and it is a great honour for Argentina to take the pass and host this prestigious competition. The 12 participating nations will experience a warm Argentinian welcome and we look forward to an excellent tournament with enthusiastic fans and spectacular action on the field of play.”

It is an honour to have this kind of event in our country, which reflects the joint work our Union is doing with our provincial unions. This event is an opportunity to show our capability to the world and that we are able to organize bigger international competitions in the future.

“We have taken on the commitment of hosting the best Under-20 Championship in history and we want the fans to come to the games, experience its values and what it transmits and that they can enjoy watching the future stars of the sport in action.”

The semi-finals take place on Monday, June 17, with the final and play-offs down for decision on Saturday, June 22