This is Ambrose Conboy's second season as a member of the Ireland Under-20 coaching team, which is headed up by Noel McNamara ©INPHO/Ryan Byrne

As the Ireland Under-20s look to maintain their unbeaten start to the 2019 U-20 Six Nations against Italy in Rieti on Friday, scrum coach Ambrose Conboy feels they are beginning to reap the benefits of a settled squad.

The changes in personnel have been minimal so far, with the majority of the 35-strong selection involved in camp for the opening two rounds of the Six Nations. Although the prospect of major honours will loom large if they get over this latest hurdle, Conboy is not losing sight of the bigger picture.

“The settled squad is really important for this group, but it’s still about player development at this age level,” he explained. “It’s about getting all those guys as much exposure and game-time as possible. When you look at the squad, I don’t think you could fault anyone from the England win. It was very difficult to change it (the team) within that.

“It’s just a matter of getting as many guys on the pitch and test them at this level and see if they can handle it. Credit to the boys. As a group, they are tremendously cohesive in what they have done so far. We can keep that going, that’s important because it’s not just 1 to 15 or 1 to 23, it’s everyone outside that 35-man squad too.

“That’s one thing that has been exceptional about this squad, everyone has a feeling of involvement in it, which is a credit to, yes what we have done as coaches, but particularly as to what they have done as a group themselves.” 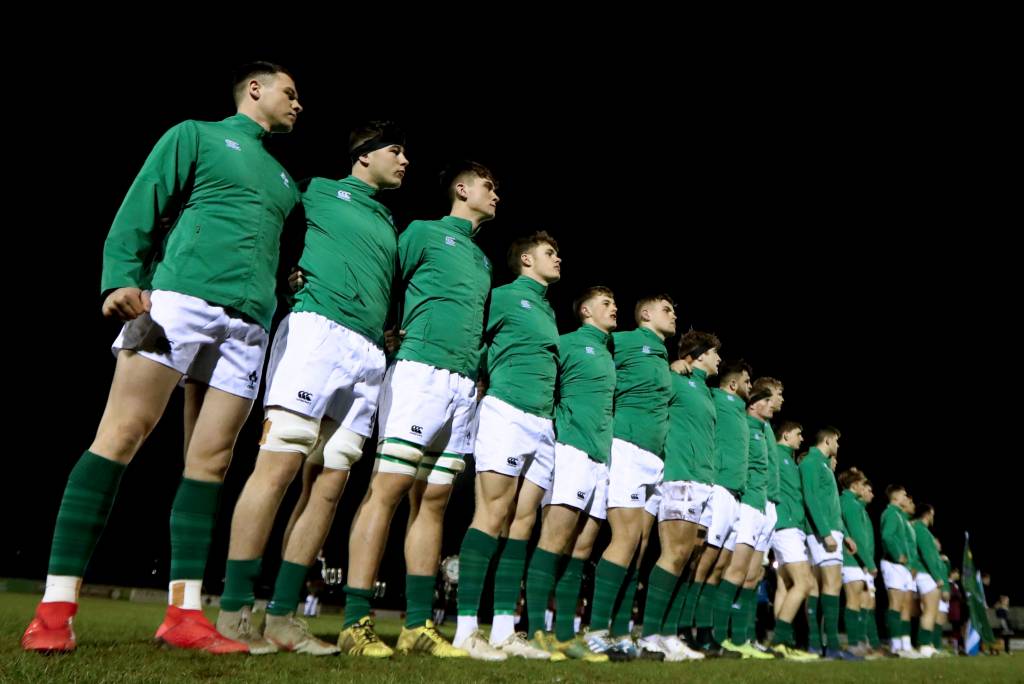 While the matchday squad for the Italy game is yet to be finalised, the intense competition for places has been heightened by the return to fitness of scrum half and vice-captain Craig Casey and Dublin University lock Ryan Baird. Winger Angus Kernohan also returned from a hamstring injury last Friday, lining out for Ulster in their GUINNESS PRO14 defeat of the Ospreys in Bridgend.

All three players missed Ireland’s 24-5 victory in Scotland, while Baird and Kernohan were also an absentee for the memorable opening night win over England at Irish Independent Park.

Baird’s physicality drew particular praise from Galway man Conboy, who noted: “Craig Casey is back in, so that’s a real positive for us. The squad hasn’t been finalised, so we are not 100% in a position to announce that just yet. We are still waiting on a few of scans and different things, so we won’t announce that until that comes through. 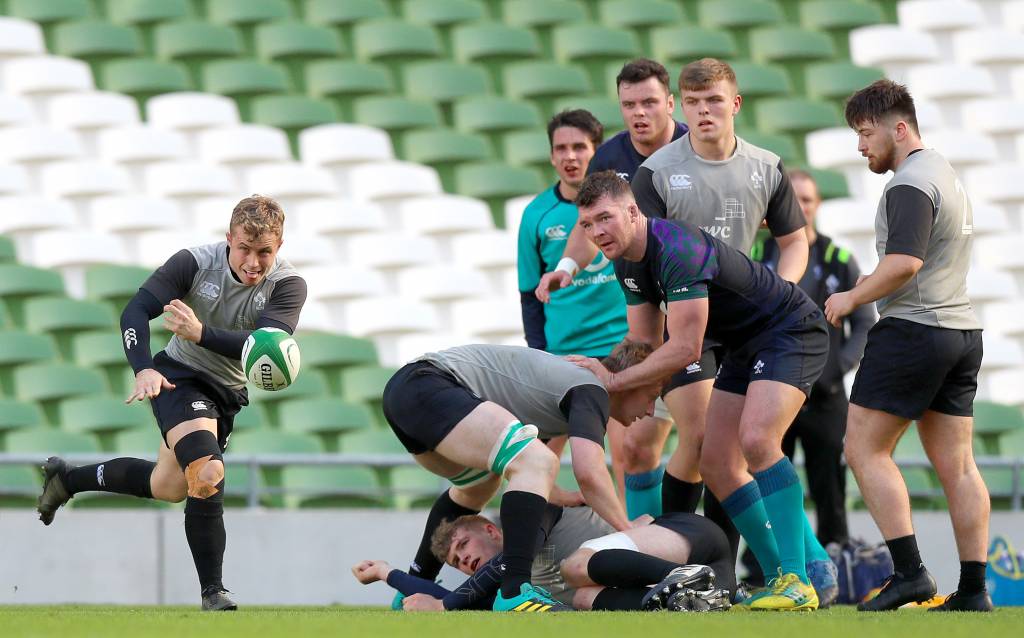 “Ryan Baird is back. He played last weekend for Trinity. He dug down as well. Ryan is going to give us something that is going to be physical. His athletic qualities are something that are wished upon by most players. He is in a pretty good position to put himself into selection.

“We are looking forward to having him back in, just up-skilling him again with a few changes in the line-out. Our scrum has gone pretty well as well, so it’s just to make sure he is on point with those things as well.”

Despite having a strong hand to pick from, Noel McNamara and his coaching team will be without Azur Allison and Stewart Moore for the trip to Italy this week. They have already been sidelined for a number of weeks and Conboy admitted that the Ulster duo are some way off a return to competitive action.

“Azur is not available. I think Azur is potentially surgery, unfortunately for him, and Stewart is being held longer term in relation to his issues. It’s a real pity, particularly Azur because he worked really well for us in Scotland last year when we went over there pre-World Cup. Stewart has been really good for us at the start (in camp). He was very unlucky with his head injury.”