Ireland Women’s captain Ciara Griffin was keen to accentuate the positives despite the disappointing outcome of their Women’s Six Nations opener against England on Friday night.

In front of a crowd of 4,637, which was a record for a standalone Women’s fixture at Energia Park in Donnybrook, the Red Roses registered eight tries in a 51-7 bonus point triumph – laying down a marker ahead of this week’s potential title decider with reigning champions France.

Ireland’s persistence paid off on the hour mark when a couple of advancing scrums resulted in South African referee Aimee Barrett-Theron awarding them a penalty try. In the absence of regular loosehead prop Lindsay Peat, Griffin believes the Irish pack stood up to England’s considerable challenge.

“You look at the likes of Laura (Feely), Leah (Lyons) and Fiona Reidy, they’re powerful women. They’re powerful in their set piece and they take pride in it,” said Griffin. “That’s a positive to take for our set piece. Just keep building on that now and keep driving it forward. We did get the penalty try out of it, but we needed to get more scores.”

There has been a major sea change in English Women’s rugby over the past few months, with their 15s side beginning full-time professional contracts at the turn of the year. While acknowledging that a gulf currently exists between the two nations, Griffin feels there were other contributing factors on the night.

“That’s the reality of the professional, the amateur, but you can’t use that as an excuse either. We need to put up those performances too. They are a professional side. They have that more time together, but we’ve time together as well. We’ve got to play to our strengths, not beat ourselves. Unfortunately, our discipline let us down then at times,” admitted the Kerry woman. 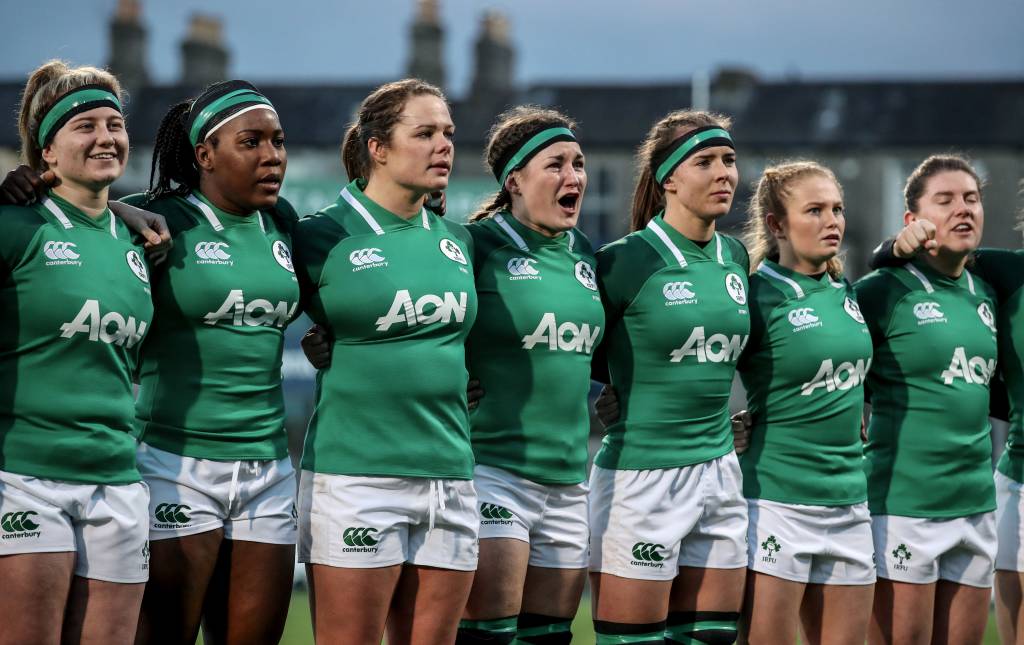 Another plus point for Ireland heading into this Friday’s second round showdown with Scotland in Glasgow (kick-off 7.35pm) was the introduction of replacements Linda Djougang, Anne-Marie O’Hora and Kathryn Dane to international rugby.

Griffin is confident that the newly-capped trio can build on their Test debuts, while she was also thrilled to see the fit-again Alison Miller back in the harness. The Old Belvedere and Connacht star fractured her fibula and tibia, as well as sustaining a compound fracture of her ankle, during last February’s Six Nations victory over Italy at the same venue.

“You’ve Linda, Kathryn and Anne-Marie getting first caps, which is a great taste for them. It’s blooding new players, getting that experience. There’s no better experience than playing against England. They’ll take that with them now and they’ll be looking forward to next Friday as well,” added the Ireland skipper.

“It’s great to see Ali coming back from injury. It was a tough injury and it’s great to have her back. She’s a serious asset to any team and the experience she brings can only bode us well going forward.”

Even when England were coming at them in waves, the girls in green, who were only 13 points in arrears at half-time, continued to dig deep in an effort to thwart their advances. For head coach Adam Griggs, it is important that Ireland continue to fight right up until the final moments of a match.

“That’s what we’ve spoken about – we want to be a team that’s hard to beat,” explained the New Zealander, who is at the start of his second Six Nations campaign. “Obviously the scoreline was a bit unflattering to us, but you can definitely know that England were in a Test match. We will not give up in any match.

“We’re making sure that will be something that we’ll take through to the games against Scotland and Italy coming up now. We’re going to be that side that plays for full 80 minutes, and try and keep pressure on teams.” 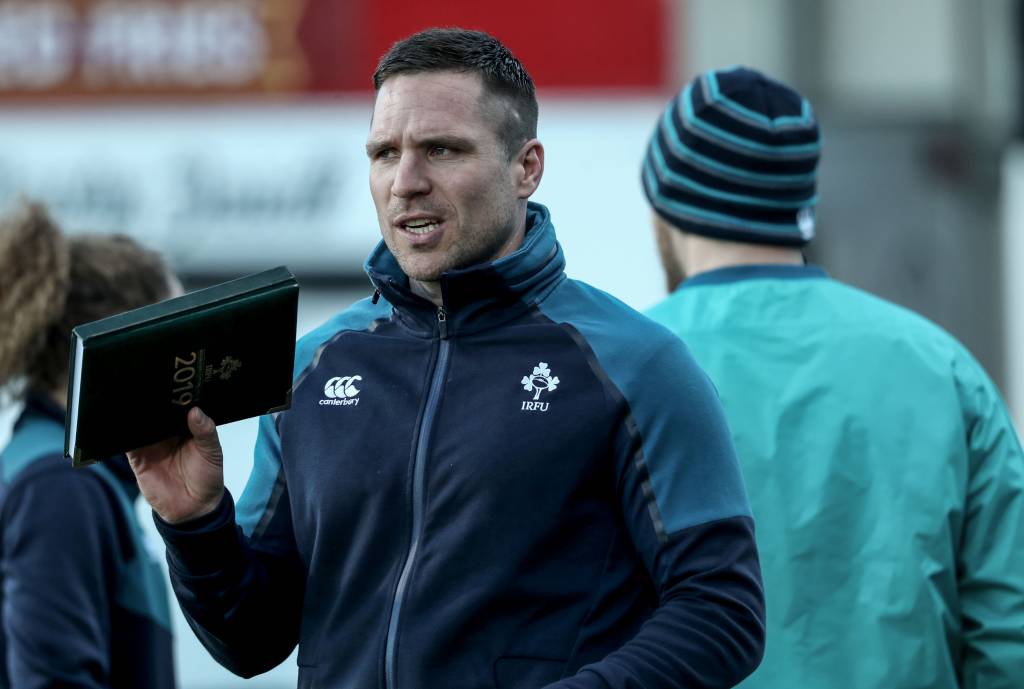 Indeed, the opening quarter of the contest saw Ireland developing some positive patterns in attack. Michelle Claffey’s sidestepping carry almost produced an early try, while out-half Nicole Fowley, who was making her Championship debut, established territory with some well-measured kicks into the English 22.

This is all part of a wider plan to expand their current style of rugby and it is important for Griggs that Ireland continue to grow in this area. He added: “They’re getting a good feel for that, I think. As I say, on another day a couple of those passes stick and we score a couple of tries in the corner. You get another lift from that as well.

“We’re not going to change that. We’ve got things to tidy up that can help us and make us improve even more. Hopefully as we get through this Championship that will show.”

From his position up in the stands, Griggs was able to get a sense of the atmosphere in the Donnybrook venue. The groundbreaking attendance made their presence felt throughout, urging the Ireland players on at every turn. However, he has also urged patience while the next generation work their way up the international rugby ladder.

“It was unbelievable. Especially you could hear the shouting any time we got into the 22. They really uplifted us. Of course we need that, we always want that, a big crowd. Hopefully that’s a sign that they can see we’re trying to play rugby. We’re trying to make sure that we put teams under pressure.

“You’ve just got to bear with us and it’s going to take time to make sure these younger players get a feel for this. This atmosphere and this Test match arena. It’s a lot tougher coming from an AIL or an Interpro game. It’s a different beast altogether. As long as they can keep the faith with us, we’ll keep fighting.”