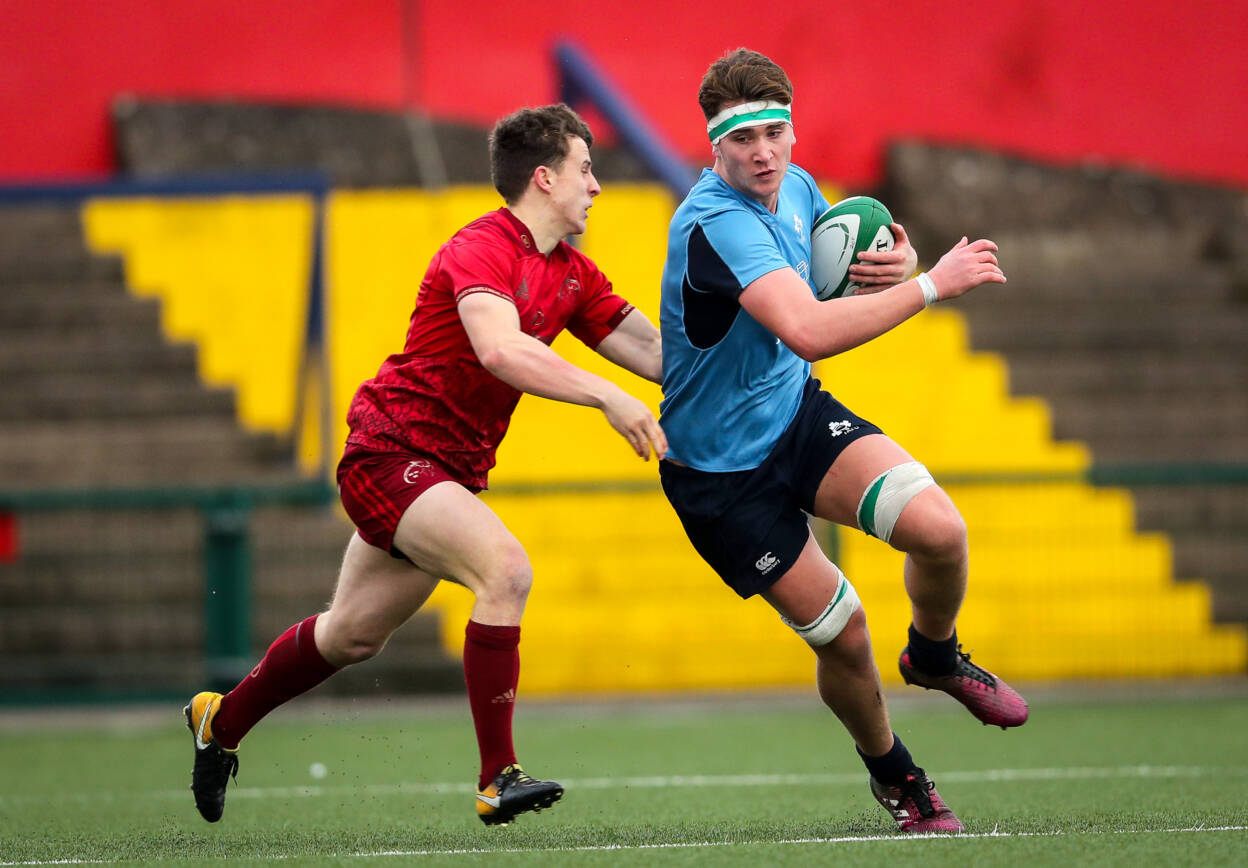 Ireland Under-20 assistant coach Kieran Campbell is excited by the prospect of working with another group of young players as he returns to Noel McNamara‘s management team for a third season following last year’s Grand Slam-winning campaign.

Campbell, the Head of the Ulster Rugby Academy, continues as Ireland Under-20 defence coach for the forthcoming season and will work alongside McNamara and Colin Tucker as they prepare the 2020 squad for the start of their Six Nations campaign against Scotland on Friday, January 31 (kick-off 7.15pm).

Following a number of camps at the IRFU Performance Centre in Blanchardstown and two challenges matches against Leinster and Munster Development sides over Christmas, the extended Ireland squad continued their preparations for the Championship with an intense training day in Dublin on Tuesday.

McNamara and his coaches will now begin the process of whittling down the panel of 48 players down before naming their final Six Nations squad ahead of the team’s four-day preparatory camp in Fota Island from Monday, January 20.

With competition for places high across the squad, the coaches will be faced with a number of difficult selection decisions but Campbell says the strength in depth within the group is a real boost heading into the Championship opener against Scotland at Irish Independent Park. (Tickets are available to buy here).

“It’s fantastic to be back,” Campbell told IrishRugby.ie. “Obviously it was very enjoyable last year and it’s great to be back as part of a really strong coaching team with Noel and Collie Tucker. We’ve another exciting group of young guys taking their first steps on the pathway.

“We’ve had a fantastic camp so far and guys are really learning very well and the squad is developing nicely. We’ve had two, I’d say, solid performances at this point which is what you’d expect, with a lot to build on going into the Six Nations.

“There is a lot to be satisfied with at this point and there is plenty of growth to happen. Similar to last year, we’re fortunate with the depth in the squad and there is a lot of pressure and a push for places.

“Guys have performed pretty well in the first two warm-up fixtures and it will be interesting to see how they step up in the next few weeks and really try and cement their place within the team.”

After their Six Nations opener against the Scots, McNamara’s Ireland will welcome Wales to Cork on Friday, February 7 and the squad hope they can use the strong home support to their advantage again this year.

“It’s a fantastic venue at Irish Independent Park and we were really fortunate last year with the amount of support we received,” Campbell added.

“We hope the crowd bring that again this year and make the opposition as uncomfortable as possible for us.”