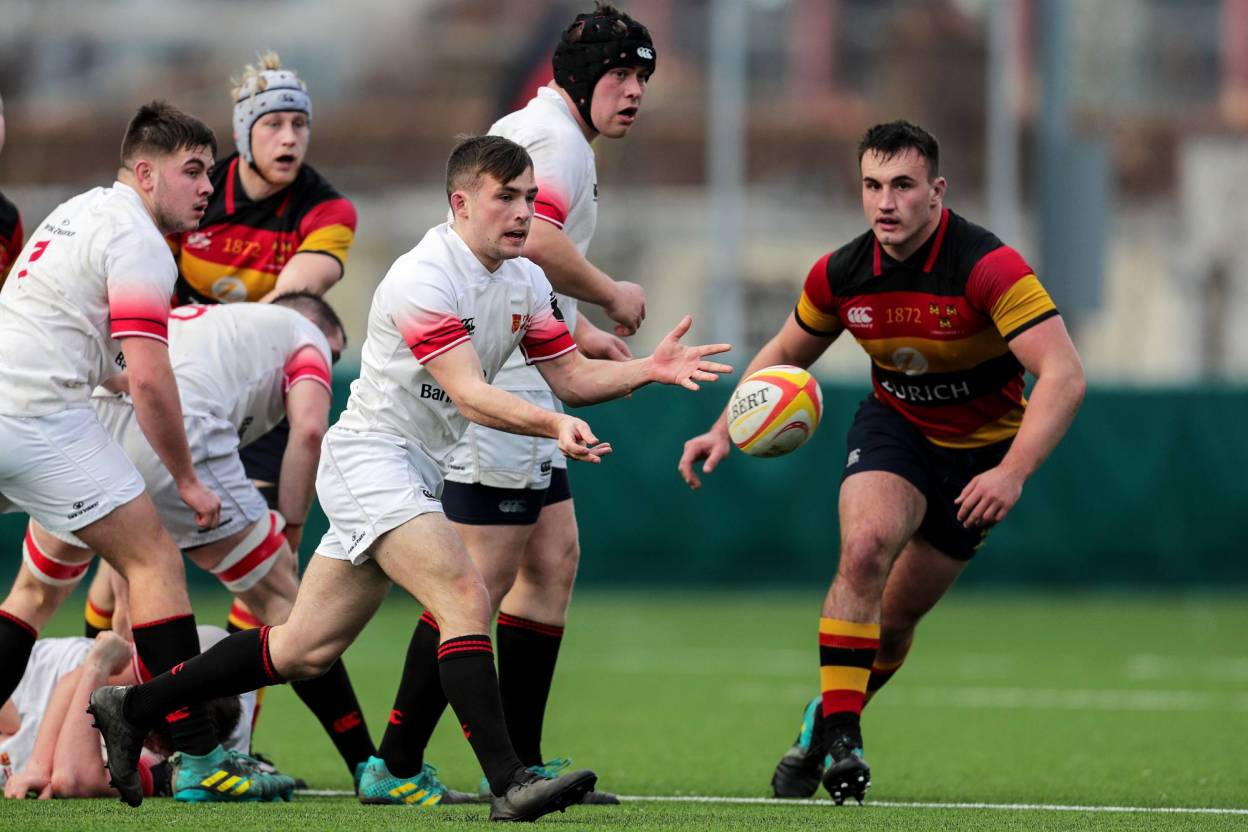 Tries from seven different clubs, including Division 1A semi-finalists Clontarf and Dublin University, are included on the March shortlist for the #AILTry of the Month award.

Dublin University’s ever-sniping scrum half Rowan Osborne is nominated for his slick team score in their impressive 37-13 win over Cork Constitution, whom they travel to for their April 28 semi-final clash. Some excellent hands released fellow nominee, Clontarf’s Conor Kelly, for the corner against Garryowen.

Old Wesley and Naas collide in the Division 1A promotion/relegation play-offs next week and they are both in contention for March’s Try of the Month honour. Naas’ Leinster-capped prop Adam Coyle stretched his legs for a smashing try against Ballynahinch, while Wesley’s points machine Rory Stynes finished off a fantastic five-pass move against Buccaneers.

Also in Division 1B, relegated Ballymena were sliced open by St. Mary’s crisp distribution and running lines from deep as four players combined to set up their captain Marcus O’Driscoll for an excellent team try behind the posts.

Skerries have a fight on their hands to stay in Division 2B but will draw encouragement from the quality of their recent play. Two of the Goats’ best tries last month make the shortlist – a high-tempo collective surge downfield led to replacement Mark Oliver sliding over against Greystones, and out-half Paul O’Loghlen‘s cross-field kick helped to set up full-back Kevin McGrath’s try out wide against Wanderers.

Division 2C’s Bruff, who have made the play-offs for a shot at promotion, picked up their penultimate win of the regular season when defeating Tullamore 31-12 at Kilballyowen Park. Sean D’Arcy came off the bench to land the bonus point try, Bruff’s counter-rucking winning the ball back and Neilus Keogh’s strong break paving the way for D’Arcy to dart over.

Clubs who wish to enter tries scored in the month of April must post a video of the try to their social media channels using #AILTry. A copy of the video must also be emailed via WeTransfer to domesticmedia@irfu.ie.