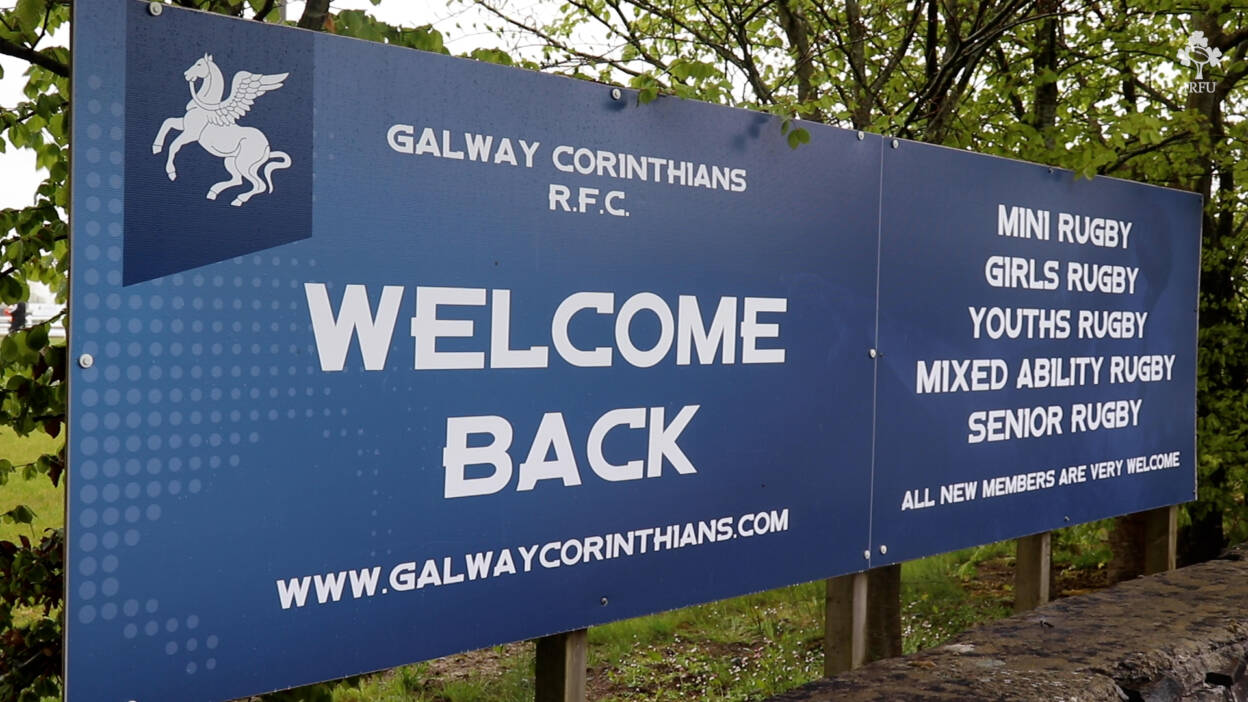 Galway Corinthians were one of many clubs who wasted no time in offering contact rugby training in line with the easing of government restrictions this week.

The Connacht club hosted an open evening and are looking looking at measures to help age grade players make up for lost time after a year without rugby.

“We had a lot of girls who started with us at U13 and quite a few of them have now moved over 18,” she told IrishRugby.ie. “To give them a full path way we wanted to start an U20’s team and a senior team. So we put out the call. We got some new players and we got some players who used to play in the original corinthians team, who’d been out of the game a while.

It’s so good to see them with smiles on their faces. It’s so good seeing them being able to tackle again and just enjoying the game of rugby.

“The girls haven’t had any contact since March last year so we have to ease them back into it – get them to build up those skills again, build up their core strength and just let them have fun with it.”

Aifric Ni Ghibne was on of the players in last night’s pod to be delighted to be back playing contact rugby.

Connacht Rugby Women’ Development Officer Wendy Hickey is confident that Galway Corinthians and a number of other clubs in the province will be able to adapt to meet the needs of their players post lockdown. An announcement on new initiatives in Connacht for the summer of 2021 is expected in the coming weeks.

“It’s that ambition to try and think better, do better and create. Let’s provide something that’s really exciting for those players,” she said.