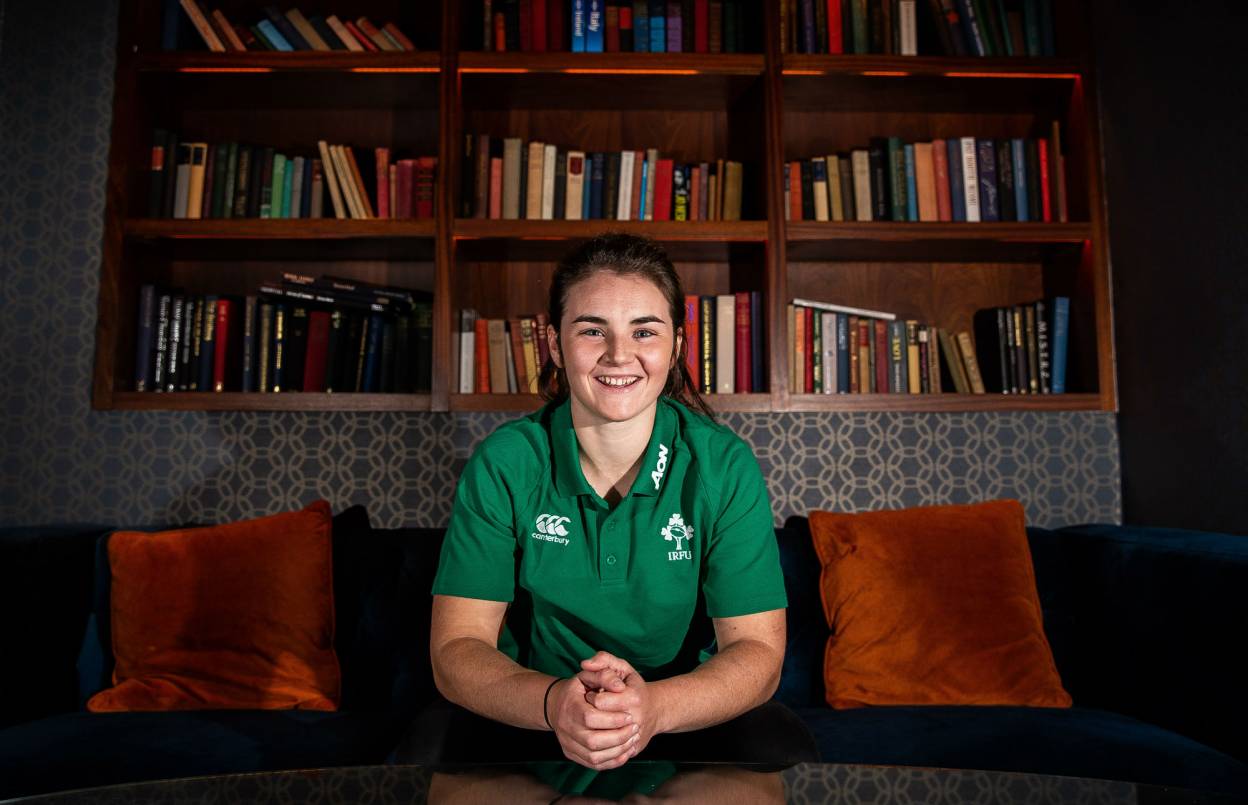 This week we sat down with Munster and Ireland duo Deirbhile Nic a Bhaird and Eimear Considine to talk about their respective rugby careers to date, the camaraderie in the national squad, and Saturday night’s game against France at Energia Park (kick-off 7pm).

Deirbhile, who recently helped the Ireland Women’s Sevens side to finish fourth at the Sydney 7s, started playing rugby at Under-12 level in Highfield, enjoyed football and camogie and has also been involved in boxing and jiu jitsu.

Eimear played camogie and Gaelic football for her native Clare before moving into the Ireland Women’s Sevens programme. She is back playing 15s now for both Munster and Ireland after a year out which included stints playing Australian Rules Down Under and Gaelic football in New York.

Nearly 4,000 tickets have been sold for Saturday’s Women’s Six Nations clash with France in Donnybrook – buy your ticket(s) here.