Blackrock, UL Bohemian and Tullow moved into the last four of the Women's All-Ireland Cup on a thrilling day of quarter-final action. Tullow are the second team outside the All-Ireland League to qualify for the semi-finals after Suttonians received a walkover from St. Mary's earlier in the week. 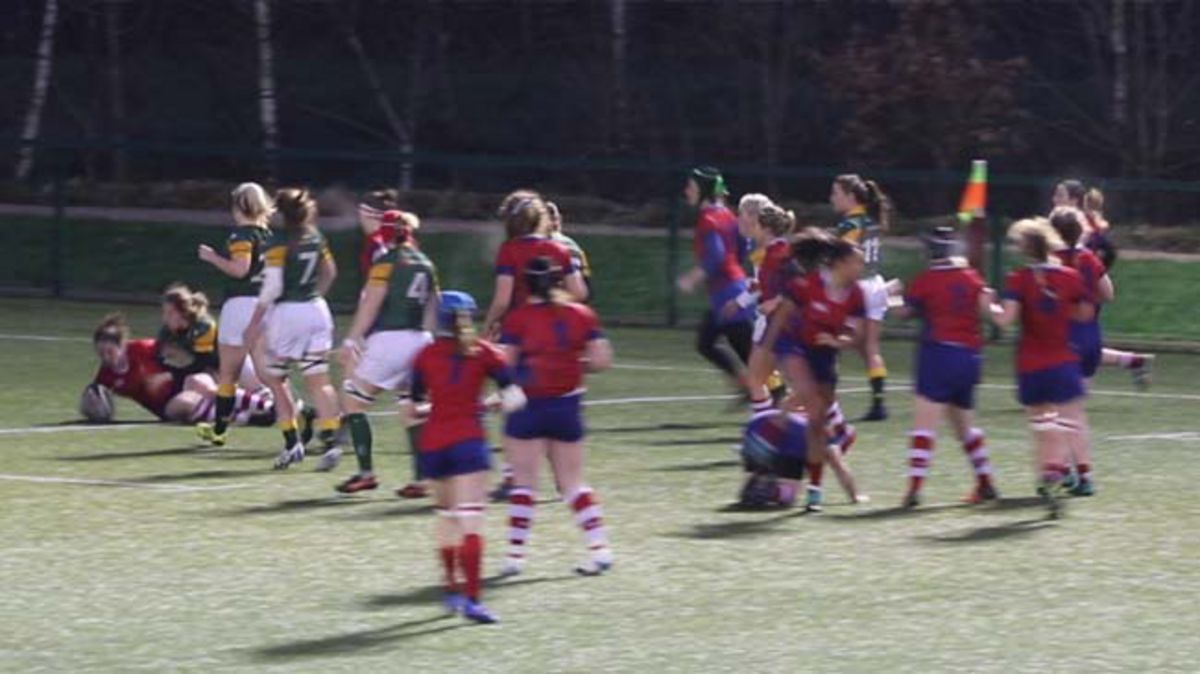 Blackrock, UL Bohemian and Tullow moved into the last four of the Women’s All-Ireland Cup on a thrilling day of quarter-final action. Tullow are the second team outside the All-Ireland League to qualify for the semi-finals after Suttonians received a walkover from St. Mary’s earlier in the week.

Galwegians were the latest side to fall in Carlow as Tullow continued their cup run with a 10-05 win. Fraser Gow’s side failed to recover from the loss of some key players during the game, including scrum half Mary Healy.

“We just needed to adapt to that,” said the ’Wegians Head Coach, wishing Tullow all the best in the semi-finals.  “We didn’t really settle. We’ll just have to use this as motivation ahead of playing Blackrock next week. That’s a crucial game for us if we’re going to be competing for a top-four finish in the league.”

Blackrock head into the game on the back of an impressive 15-0 win at home to Old Belvedere. The tries came in the second half as Jackie Shiels’ penalty was the only score of a frenetic opening 40 minutes. Shiels did further damage to her old club 10 minutes after the restart when she gathered her own chip over the top to run in under the posts for a converted try. Meadbh Scally’s try came in the last 10 minutes – a well-worked line out move giving her the chance to go over in the corner.

“We’re very happy,” said Blackrock Head Coach Philip Doyle. “Usually these fixtures don’t go our way. We’re improving as a team. The girls are really gelling well and enjoying their rugby. They said at the start of the season that this competition was one of their key goals.”

Old Belvedere Head Coach Joshua Brown said: “We had opportunities we didn’t finish out and our execution is something we’ll have to work on over the next couple of weeks. It was a disappointing loss, but ‘Rock deserved the win. We always learn from our losses so we’ll treat this as a platform to reset our focus.”

Cup holders Railway Union exited the competition at the hands of UL Bohemian. ‘Bohs defence proved crucial as they fended off a late onslaught from Railway after tries from Emma Murphy and Liat Kogon. Rachel Allen gave the home side the lead with Clodagh O’Halloran scoring an opportunistic try off a scrum in the second half. Edel Murphy’s penalty and Bohs getting the first score meant the Dubliners were forced to chase the game in the second half. Bohs stood firm, making it a perfect weekend for Head Coach Ben Martin and his newborn daughter Ellie.

Up next for UL Bohemian are Tullow. Blackrock and Suttonians complete the other side of the draw.