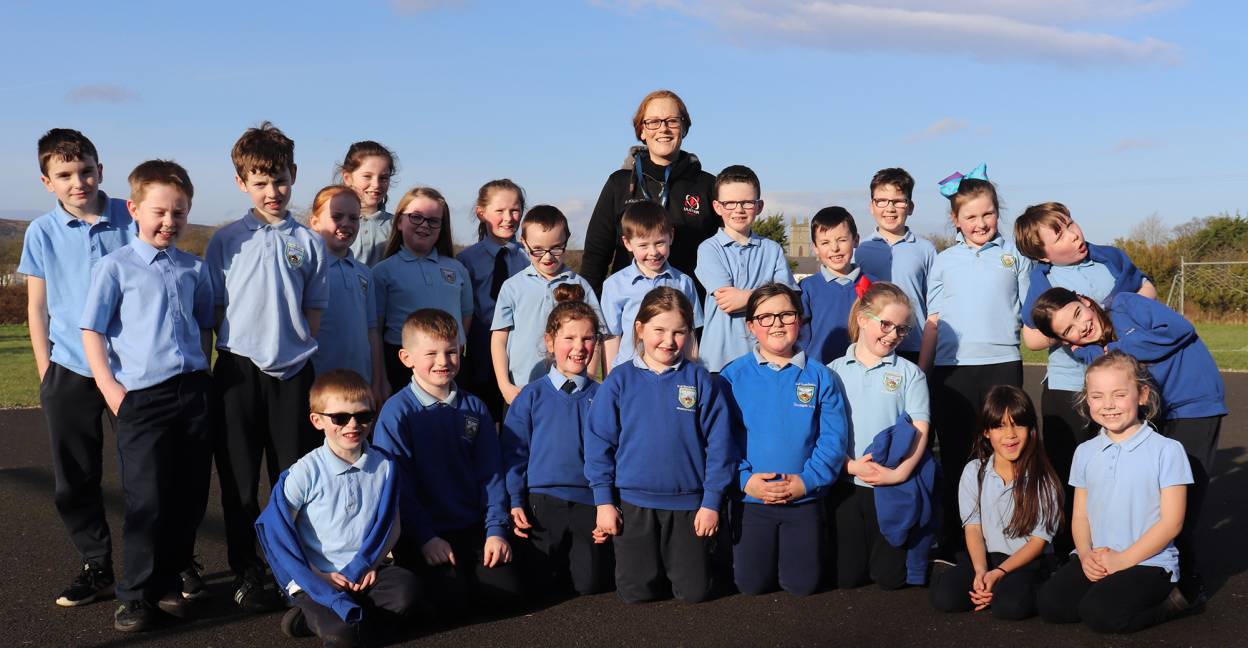 Alison McLaughlin is their CCRO and she works with up to 250 primary school children every week, all of whom are encouraged to join Inishowen Rugby Club. In the past 18 months, the numbers of mini rugby players in the club have grown by 60%.

The club’s grounds are in Carndonagh but ‘Inishowen Rugby Club isn’t defined by any town’ according to McLaughlin. “We serve the whole peninsula, 100 miles in circumference. The programme gets the children to try out a sport they don’t normally play and they are loving it,” she said.

Club Community Rugby Officers are central to the development of Irish Rugby. They provide invaluable support to clubs, schools and local communities who want to enjoy rugby in a positive, safe and healthy manner.

We’ve been building a professional development programme around our CCROs in the last year and we have over 100 CCROs up and down the country doing great work just like Alison is doing in Donegal.

“To be an effective CCRO you need technical ability and understanding, but you need a sense of community spirit as well. Inishowen is a great example of a community club and it’s great to see the work being done in local schools come to fruition.

“There are over 30 players currently training as Under-12s with the club. That’s an increase from just eight players at the start of the season. It’s clear to see the impact that the programme is having in the area and across the whole of Ireland.”