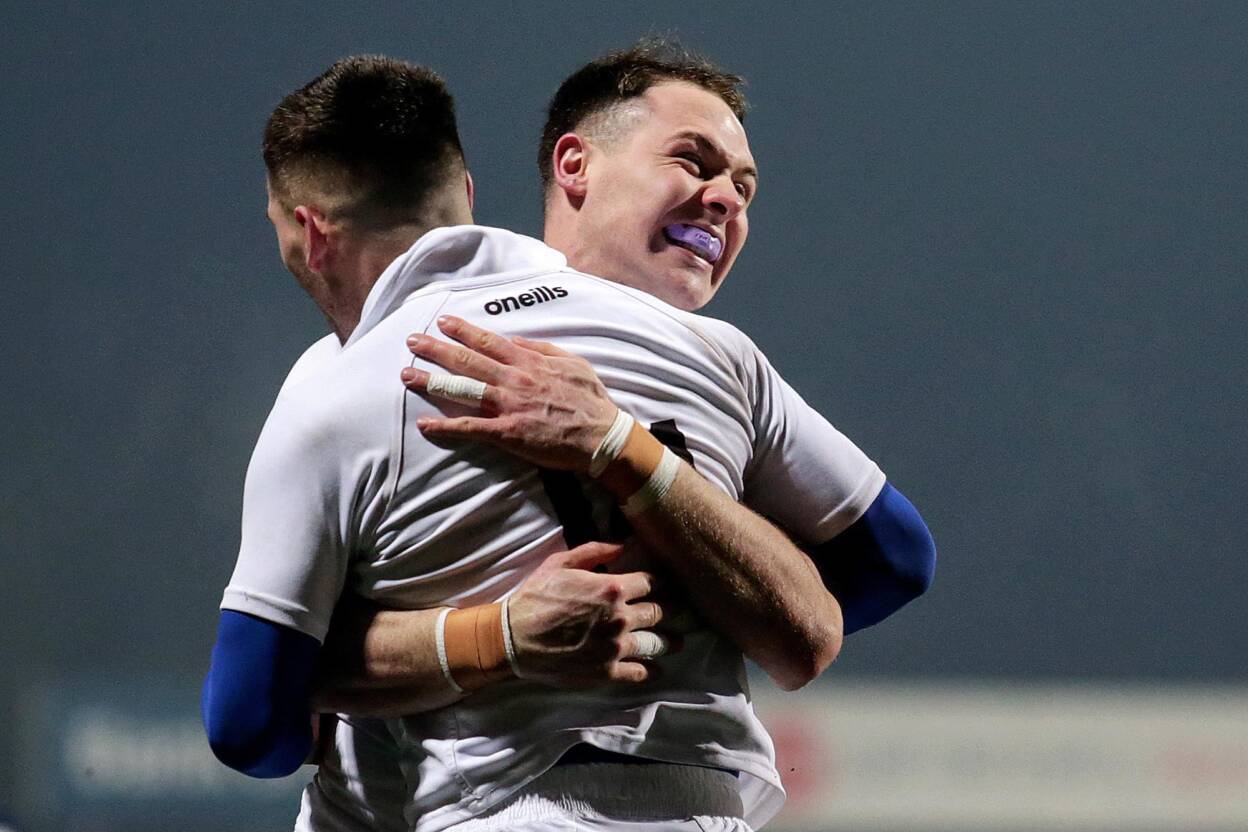 Cork Constitution’s unbeaten run in Division 1A of the Energia All-Ireland League received its sternest test to date, but the champions prevailed 16-12 over UCC at a rainswept Templehill.

The students were pushing hard for a game-winning try until replacement hooker John Sutton forced the turnover to end the contest. Cork Con were defending the club-house end into a stiff wind.

“That was a really tough game,” said Con captain Niall Kenneally. “Sometimes we were better off without the ball. UCC won the toss and elected to play into the breeze so we knew we had to put some points on the board in the first half.”

Gerry Hurley duly obliged with two penalties in the opening quarter after some over-eagerness from UCC in their red zone defence and John Hodnett getting caught on the wrong side of the ruck.

The opening try came after 18 minutes – a close range effort from Brian Hayes after a strong carry by David Hyland off the back of the scrum.

UCC were playing with ambition and their reward came before the break when Murray Linn scooped up a loose ball to Louis Kahn and Richard Thompson flicked an overarm pass to the on-running Ryan Murphy. Murphy, one of 8 players on the pitch involved in the 2020 Club International Series applied the finish. James Taylor’s difficult conversion attempt pinged back off the post and UCC trailed 13-5 at half time.

“Suddenly then we were in a really tough game because we knew with the wind advantage, UCC were going to be able to play territory and turn some pressure into points,” said Kenneally.

Which they did. Gusty conditions favoured Cork Con in the line out, but on the ground UCC’s scrum was dominating. The penalty try after 68 minutes was just reward.

“After they scored we won a restart and played enough rugby to earn ourselves a penalty,” said Cork Con’s captain. “That gave us the four-point cushion so UCC couldn’t kick a penalty to win it. It was just about a last defensive stand.”

It was Aidan Moynihan who drilled the penalty into the wind on his return to action after 16 weeks out. His composure typified Cork Con’s ability to apply pressure in the first half and soak it up in the second.

“In fairness there’s a lot of grit in this team – a lot of heart. We’d always have confidence in our defence. It’s about who can man up and who really wants it more. Names go out the window on nights like that.”

One name worth mentioning is Crowley. Billy Crowley was on the wing in Templehill while his brother and club mate Jack was on international duty in England with the Ireland U20’s.

The talk around both of them now will be about finishing their campaigns unbeaten, but Kenneally says maintaining Cork Con’s winning streak isn’t actually the priority.

“We won the league last year but the hunger we’ve shown to come back this year and not cruise through – to really go after every game – I can’t commend the lads enough.

“It’ll come down to playoffs. You only have to play badly once to miss your chance. Over the course of 18 games with 10 quality games, you’re going to lose a game here and there.

“You just have to make sure your standards are high enough that the probabilities are stacked in your favour.”