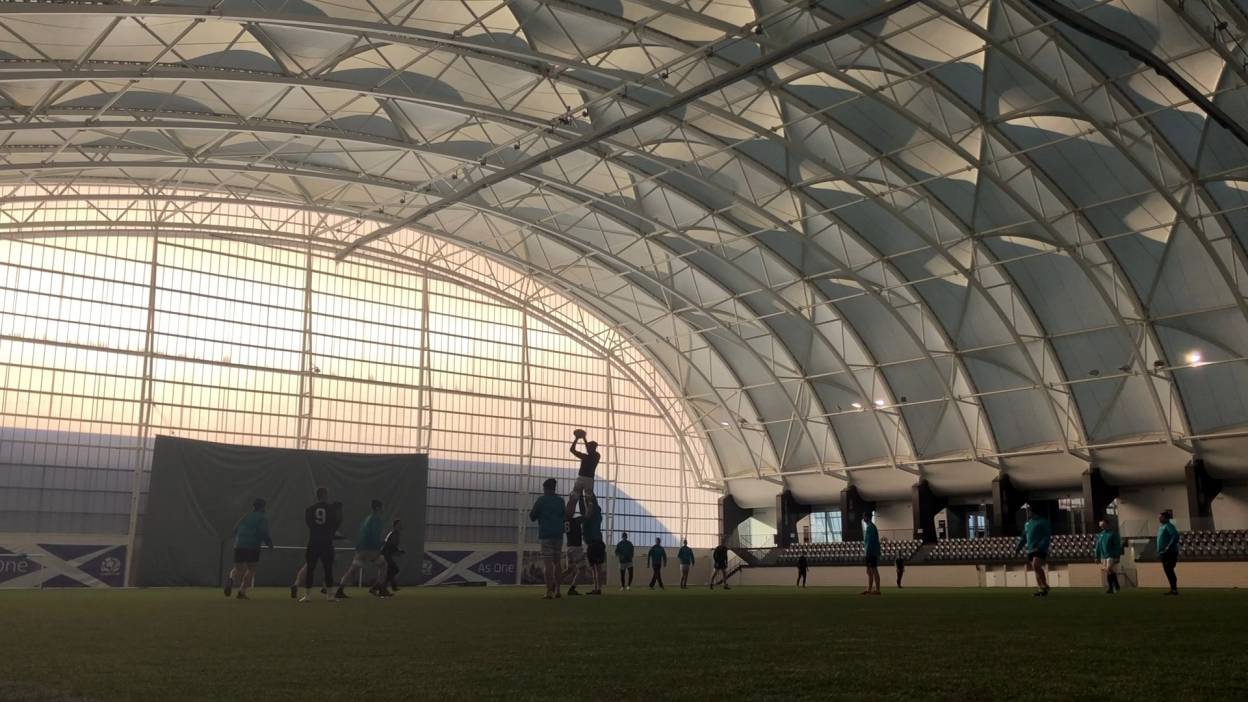 The Ireland Club XV squad have trained in Edinburgh ahead of Friday’s Dalriada Cup clash with Scotland Clubs. With the pitch at Myreside Stadium frozen, the Captain’s Run for both squads took place at Oriam’s indoor facility.

The first leg of the 2019 Dalriada Cup Series has been moved to Netherdale in Galashiels with a 3.30pm kick-off tomorrow. Ireland Club XV head coach Morgan Lennon says it has not disrupted his players’ preparations.

“It’s pretty much like an AIL Saturday now for them,” said Lennon, who is assisted by former Leicester Tigers and Munster back Johne Murphy. “The players are looking forward to it. They’re excited. We’ve had a good Captain’s Run.”

The 2019 series between the domestic club stars of Ireland and Scotland will conclude next Friday night (February 8) at Energia Park in Donnybrook (kick-off 7.30pm). Tickets for that game are available on Ticketmaster.ie.