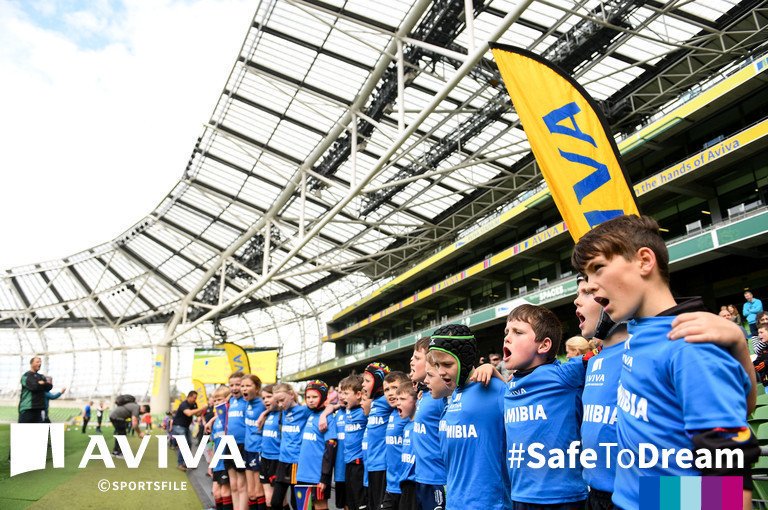 It was an exciting day at the Aviva Stadium for a special group of young rugby players as 20 teams took part in the Aviva Mini Rugby Nations Cup.

Under-10 Boys and Under-12 Girls teams from a wide variety of clubs were given the chance to pull on jerseys of rugby nations.

Ireland international Jordi Murphy was on hand to meet and greet players and all teams got the chance to enter the West Stand and lift some specially commissioned trophies.

The festival spearheads Aviva’s #SafeToDream campaign, which celebrates how kids’ dreams are the same as their Ireland rugby counterparts.

Aviva has also announced the regional dates and locations for the 2019 Aviva Mini Rugby Provincial Festivals, which will take place in October. These festivals offer both girls and boys the opportunity to develop as players at grassroots level throughout the country.

Four provincial locations have been chosen, with the festivals taking place in the following clubs:

Hundreds of boys and girls will get to play with their club’s Minis teams in provincial festivals, and each participating team are in with the chance of being picked to play in the National Festival, which will be held at the Aviva Stadium in May next year.