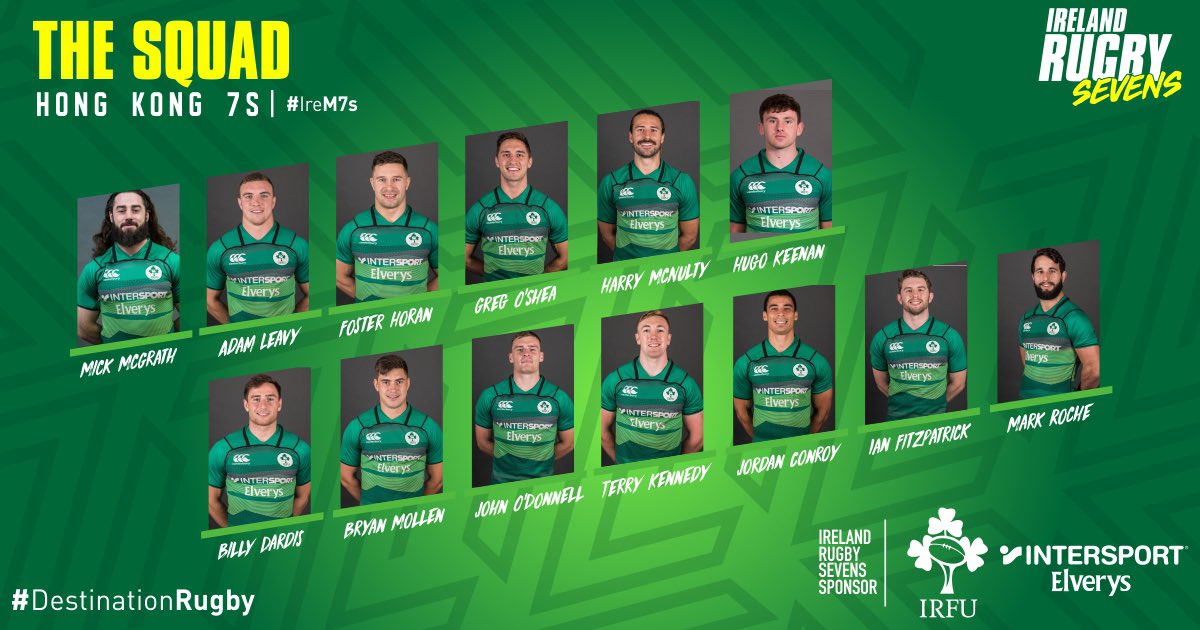 The Ireland Men’s Sevens squad are in Hong Kong this week for the HSBC World Rugby Sevens Series qualifier. We spoke to Anthony Eddy on the eve of their departure about the challenges of the tournament and what they learned from last year’s agonising semi-final defeat.

Click here for the full squad announcement and fixtures.

The squad landed in Hong Kong on Monday and have been hard at work on the pitch and in the gym as they build up to the opening game.

The Ireland Men’s 7s were in the gym today in Hong Kong as they continue preparations ahead of the @worldrugby7s Qualifier getting underway on Friday.#DestinationSevens #HongKong7s pic.twitter.com/GKnNFsTUzU