Four-try France just had too much firepower in the end as the Ireland Under-20s (sponsored by PwC) went down 34-28 in their final U-20 Six Nations game in sunny Cardiff.

Captain Alex Kendellen was in inspirational form again, weighing in with two tries – his second coming in the final minute – to add to a Jamie Osborne score and 13 points from Nathan Doak’s reliable right boot.

It means a third place finish for Richie Murphy’s resilient side, behind the French and Grand Slam champions England. Undoubtedly the future looks bright for this Irish crop, with a number of players standing out across the tournament. 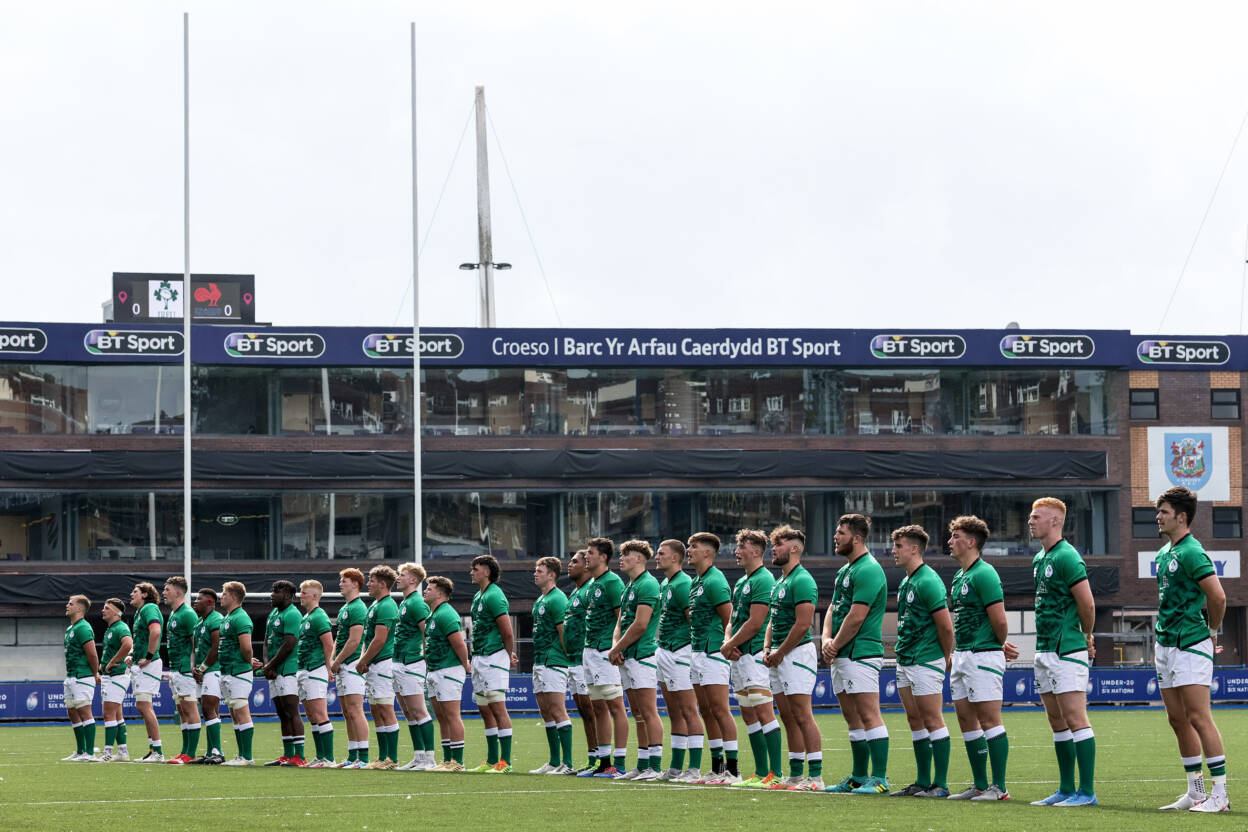 Tixeront failed to wrap in an early tackle, earning a yellow for landing a shoulder to Conor McKee’s head. France responded well, skilful scrum half le Garrec landing a 31-metre penalty to make it 3-0.

When play swung back infield, Leinster prospect Osborne impressively spun out of a couple of tackles to reach out and score. Doak converted and with their maul making good yards, Ireland remained on the front foot. 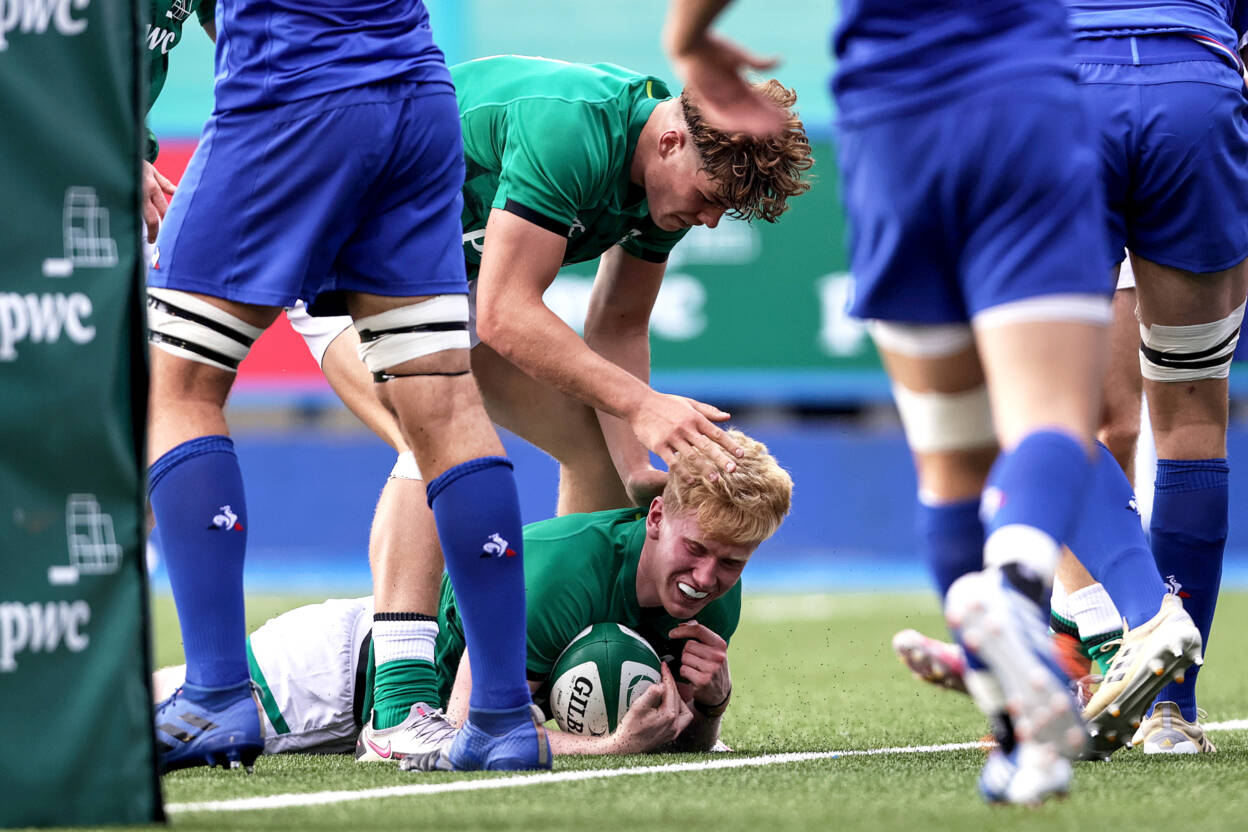 The French bounced back with a try out of nothing, McKee’s loose pass allowing Bielle Biarrey to break downfield. A diving Doak prevented the try initially, but quick ball sent out-half Debaes over. Le Garrec converted, leaving it 10-7.

The gap was briefly pushed out to 10 points after a well-worked move from a lineout saw flanker Bochaton driven over. The conversion, from out wide on the left, was well struck by Le Garrec.

Doak quickly replied with a penalty, and by the half hour mark, France’s lead was erased. Osborne’s chip over the top was gobbled up by Jennings who hurtled through for a gain of 60 metres.

The Irish pack then took over, big carries from Oisin McCormack, Kendellen and Sam Illo forcing the French right back on their line and Kendellen was eventually able to burrow over. Doak levelled with the simple conversion. 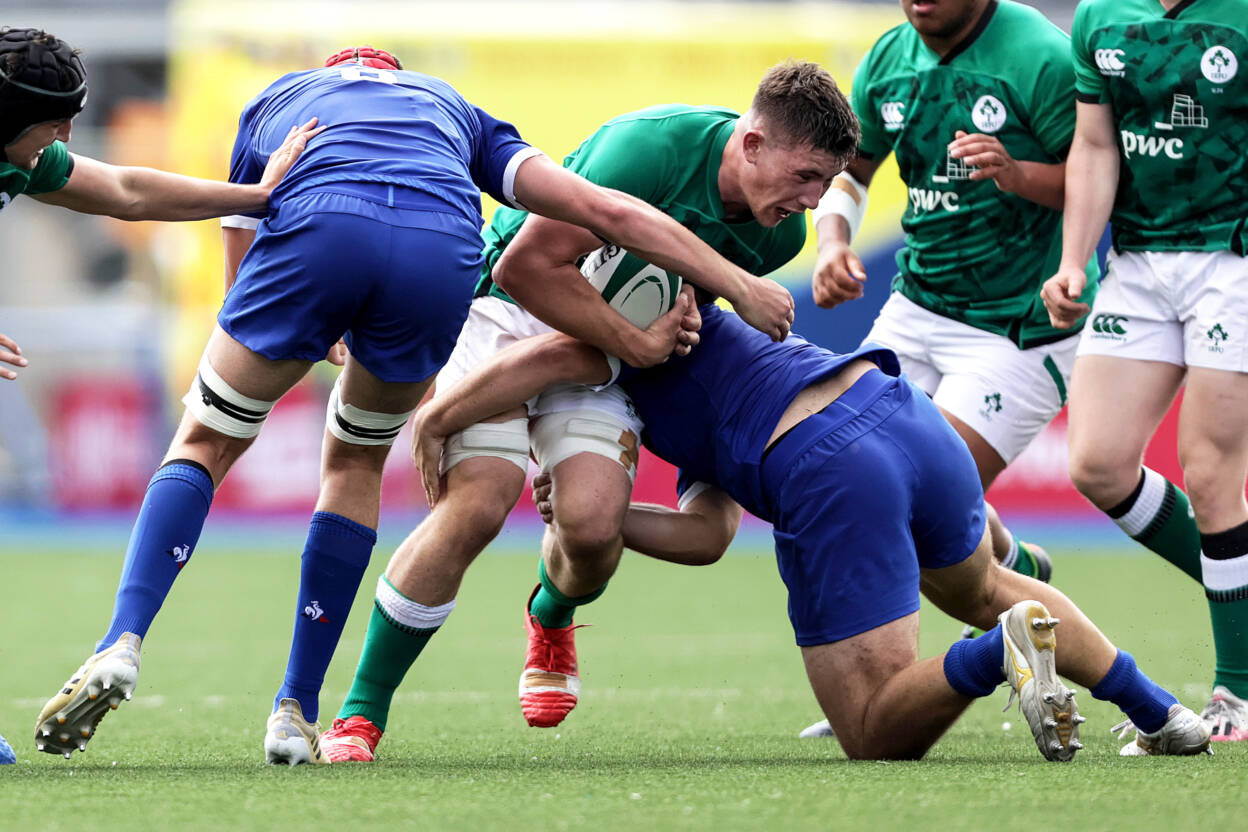 Frustratingly, Ireland handed back those seven points in the 35th minute. A costly penalty, conceded by Doak, gave the French enviable field position and some powerful carrying led to prop Mallez plunging over beside the posts. 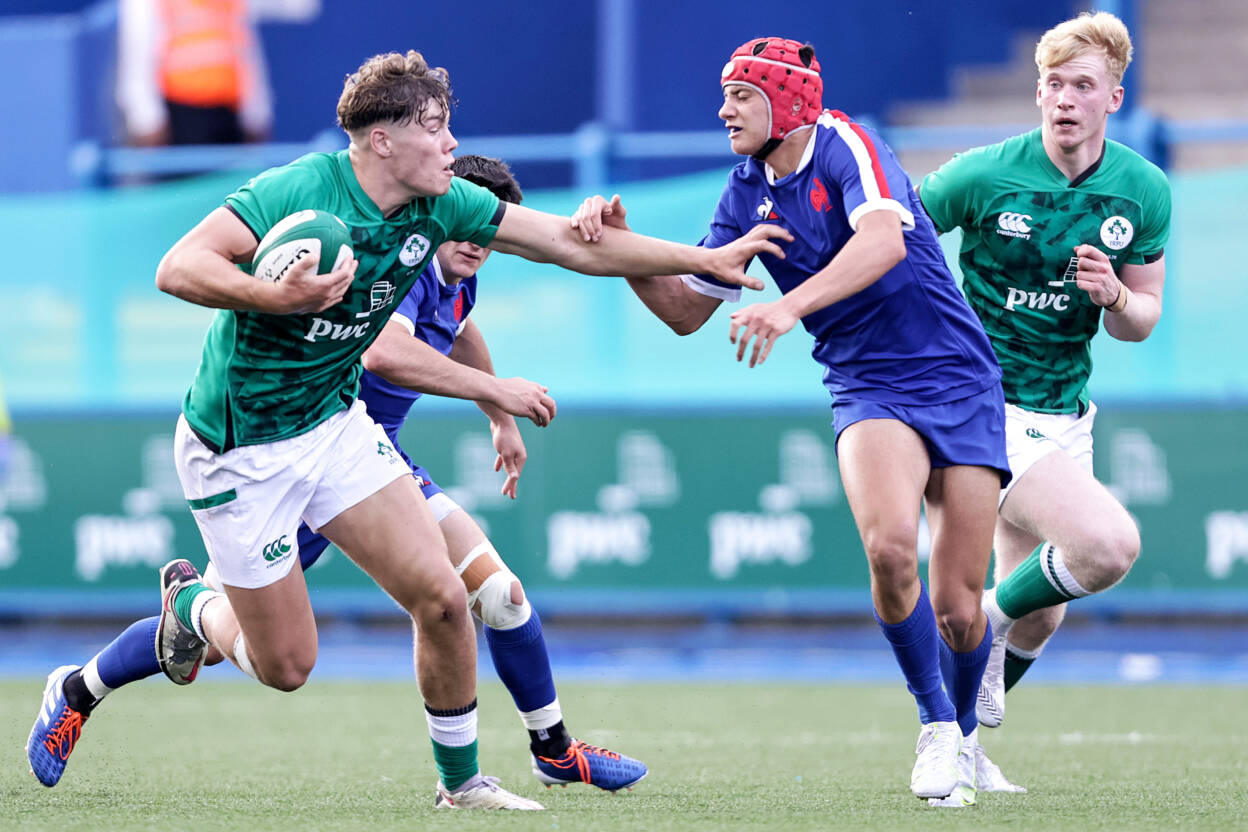 Ireland’s pinpoint place-kicker punished an offside, eight minutes into the second half, as his strike from 34 metres out made it a one-point game.

Le Garrec was narrowly wide with a penalty a few minutes later, yet the French half-backs were winning the kicking battle. Their intelligent game management pinned Ireland back.

Kendellen and company resisted, and workhorse second row Harry Sheridan also caught the eye with a lineout steal and then some great work to tidy up a French kick near halfway. 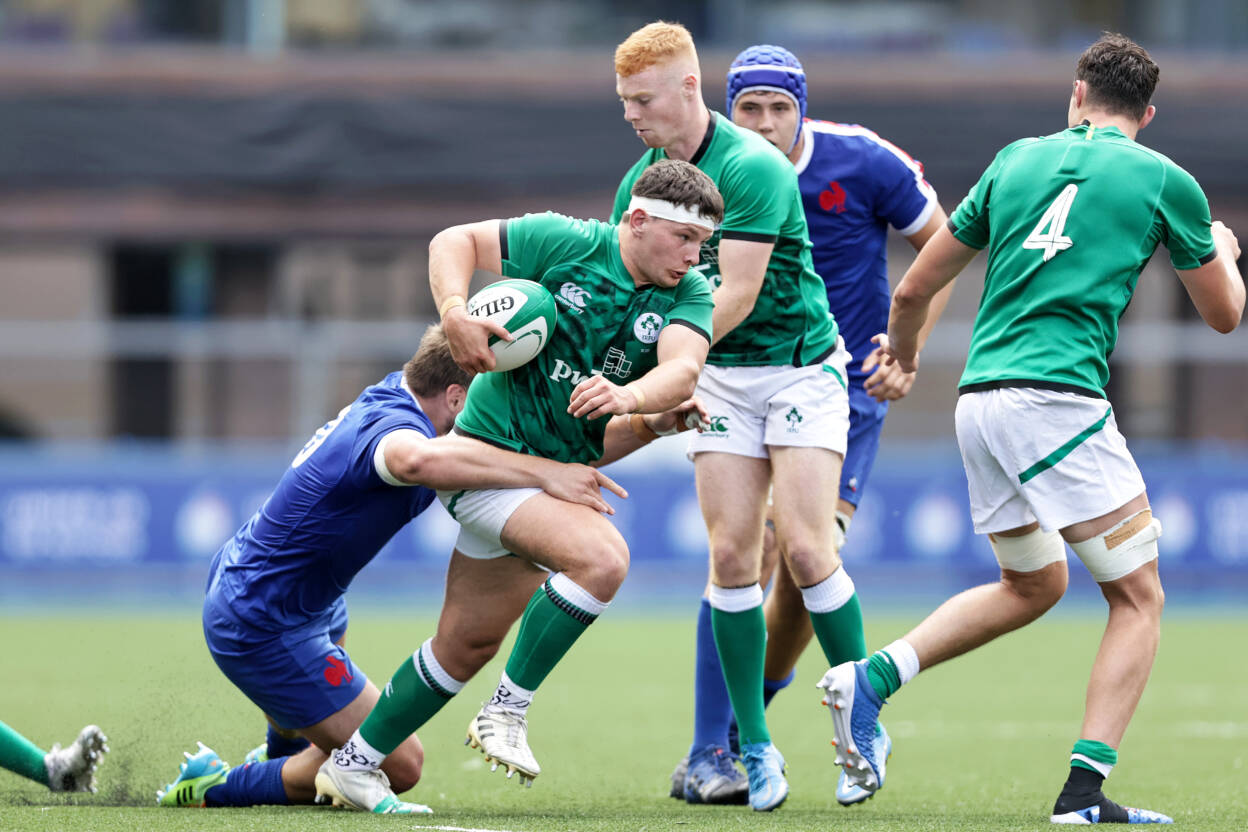 Into the final quarter, France seized their moment when Le Garrec took a penalty quickly in the Irish 22, arrowing the ball out to the right where he picked out winger Bielle Biarrey who got around Sheridan to touch down.

Le Garrec added the conversion to deepen the blow for a territory-starved Ireland. With France’s powerful bench producing a big scrum penalty, three more points from their captain gave them an 11-point cushion.

Knowing that two tries could get them right back in it, the Irish forwards continued to work their socks off. Tighthead Illo was just held up from a muscular carry, under the posts.

Although France won the resulting scrum against the head, Ireland kept fighting for every ball and were rewarded when number 8 Kendellen, who had tapped an initial penalty, squeezed over for his sixth try of the tournament. 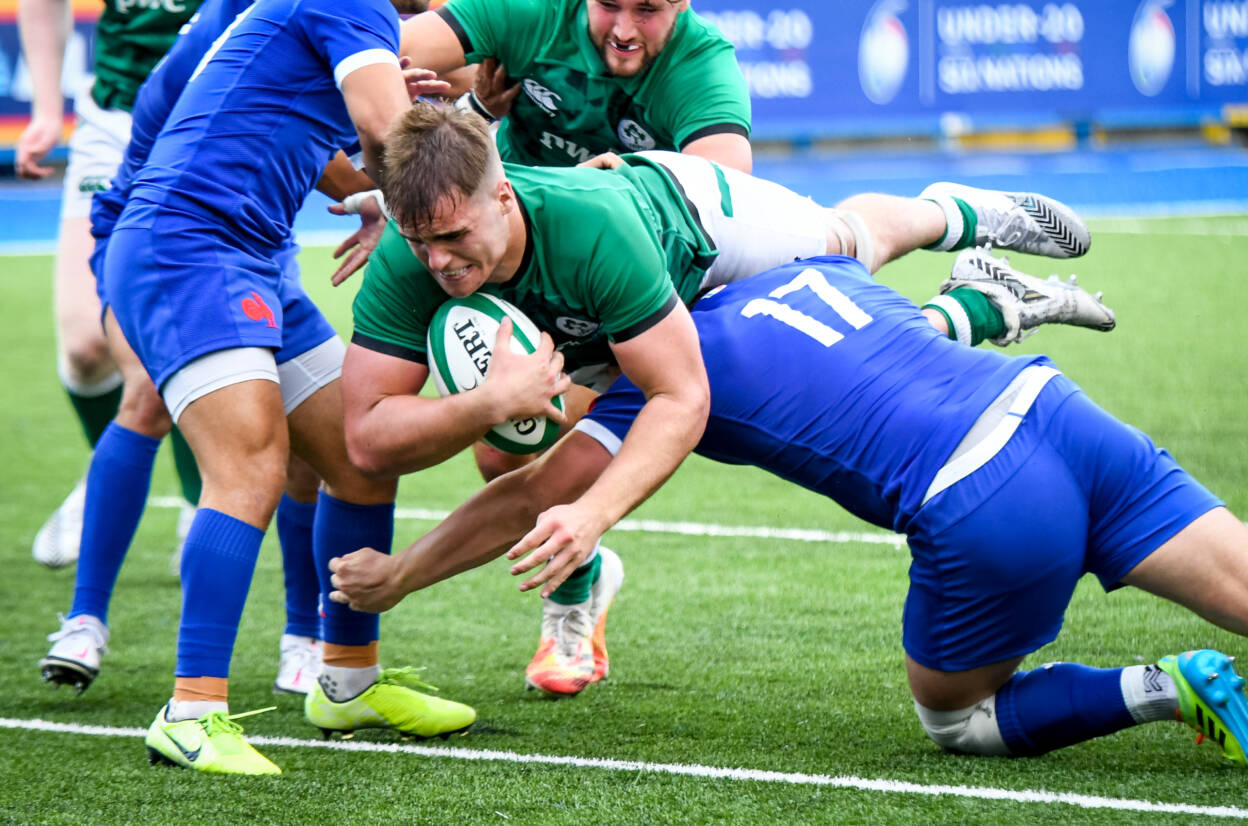 The ever-alert Doak knew to take the conversion quickly, drop-kicking it wide as it left just enough time for a final restart.

Crucially though, Ireland were not able to get back into scoring range as France smothered a maul and forced a decisive turnover. 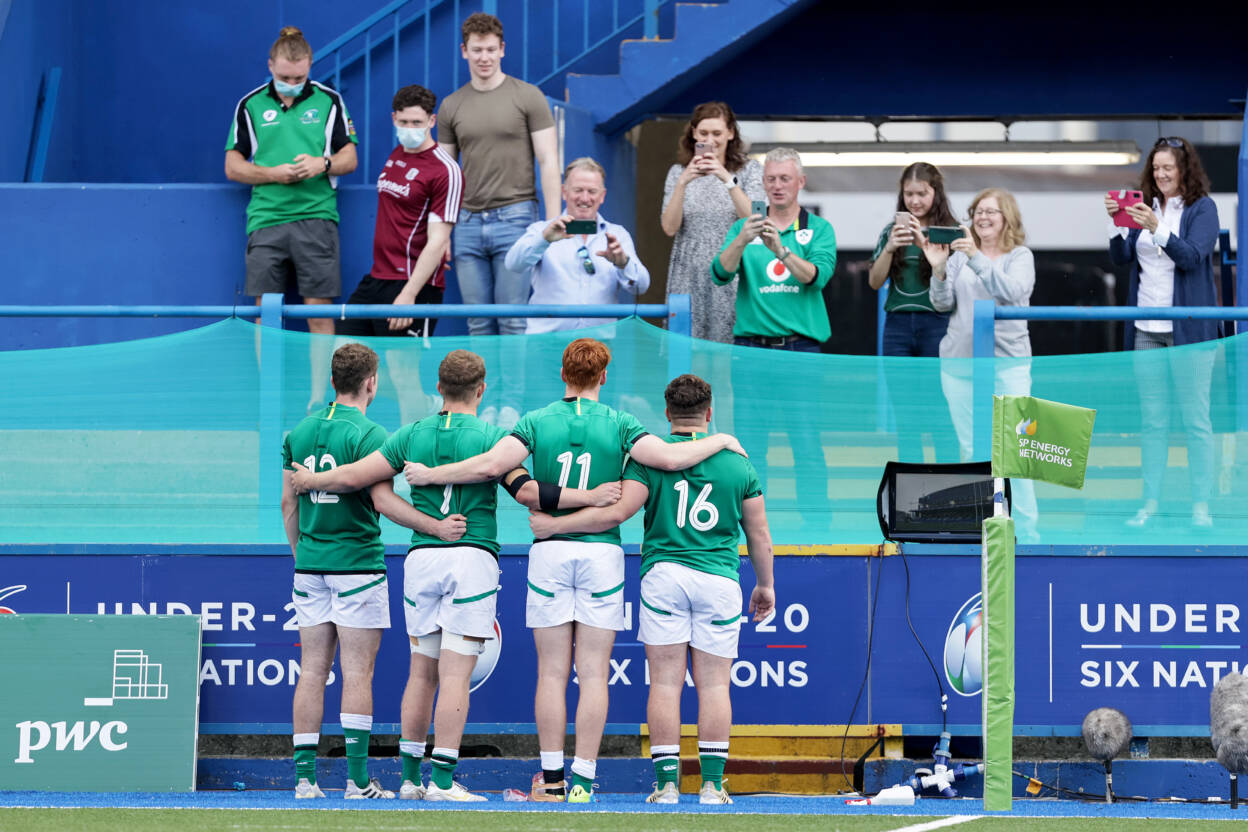