Ireland captain Jonathan Sexton is not reading a lot into Australia’s recent results, given the quality of player they possess and their ability to often upset teams that are ranked above them.

The Wallabies lost two of the first three games of their European tour, falling to both France (30-29) and Italy (28-27). In the last twelve months the have suffered 11 defeats in 15 Tests.

Sexton knows Australia will be hurting from the Italian game last week, and is expecting to face them at their peak when they pitch up at the Aviva Stadium for Saturday night’s Bank of Ireland Nations Series finale.

“They are an outstanding team with very, very good individuals littered throughout it, so that’s the first thing,” insisted Sexton, who has a won six-and-lost four record against Australia.

“They have very good coaches and they are Australia! They love being the underdog, they love coming to play against teams that are maybe ranked ahead of them, or they see as a scalp and that’s where they come into their own.

“And they have done forever, as long as I can remember watching them. They’ve always had big performances in them, and they will be no different this week.”

Sexton has fond memories of winning the Lions series 2-1 Down Under in 2013, and he also had a key contribution during Ireland’s 2018 series success against Australia which saw them win Tests in Melbourne and Sydney.

He kicked 16 points as Joe Schmidt’s men levelled the series in the second Test, before landing five penalties in the decider as Ireland won a series on Australian soil for the first time since 1979.

With Sexton having a career average of 8.8 points per game when facing the Wallabies, Dave Rennie’s current crop know they must curb the Ireland skipper’s influence if they want to bounce back to winning ways.

The 37-year-old playmaker has declared himself fit and ‘ready to go’ after recovering from the dead leg he sustained during Ireland’s hard-fought 19-16 victory just under two weeks ago.

“(I’m) good. Trained today and yeah, ready to go,” admitted Sexton. “Last week was a bit of a struggle with swelling and fluid and stuff like that, so it was just managing that.

“Making sure I get the right amount of training in this week to be able to perform. But also not do too much that swells it up again, so no, it’s good to go. It feels good and I’m ready.”

The talismanic out-half, who was crowned the World Rugby Player of the Year in 2018, has been nominated for the prestigious award again, alongside his provincial and international team-mate Josh van der Flier.

While acknowledging that it is ‘always nice to be recognised’, Sexton would swap any individual honour for Ireland’s twelfth home victory in a row on Saturday as they look to end the calendar year on a collective high.

“It’s not something you go searching for, but to be recognised in that area (as a World Rugby Player of the Year nominee) is very special. I’d prefer a win and to play well on Saturday than win that.

“Ultimately at the end of the day it’s opinion, whereas what you produce on Saturday is what it is, it’s what you see. It’s the only thing that you can control, so all my focus is on that. Like I said, to be recognised is enough.” 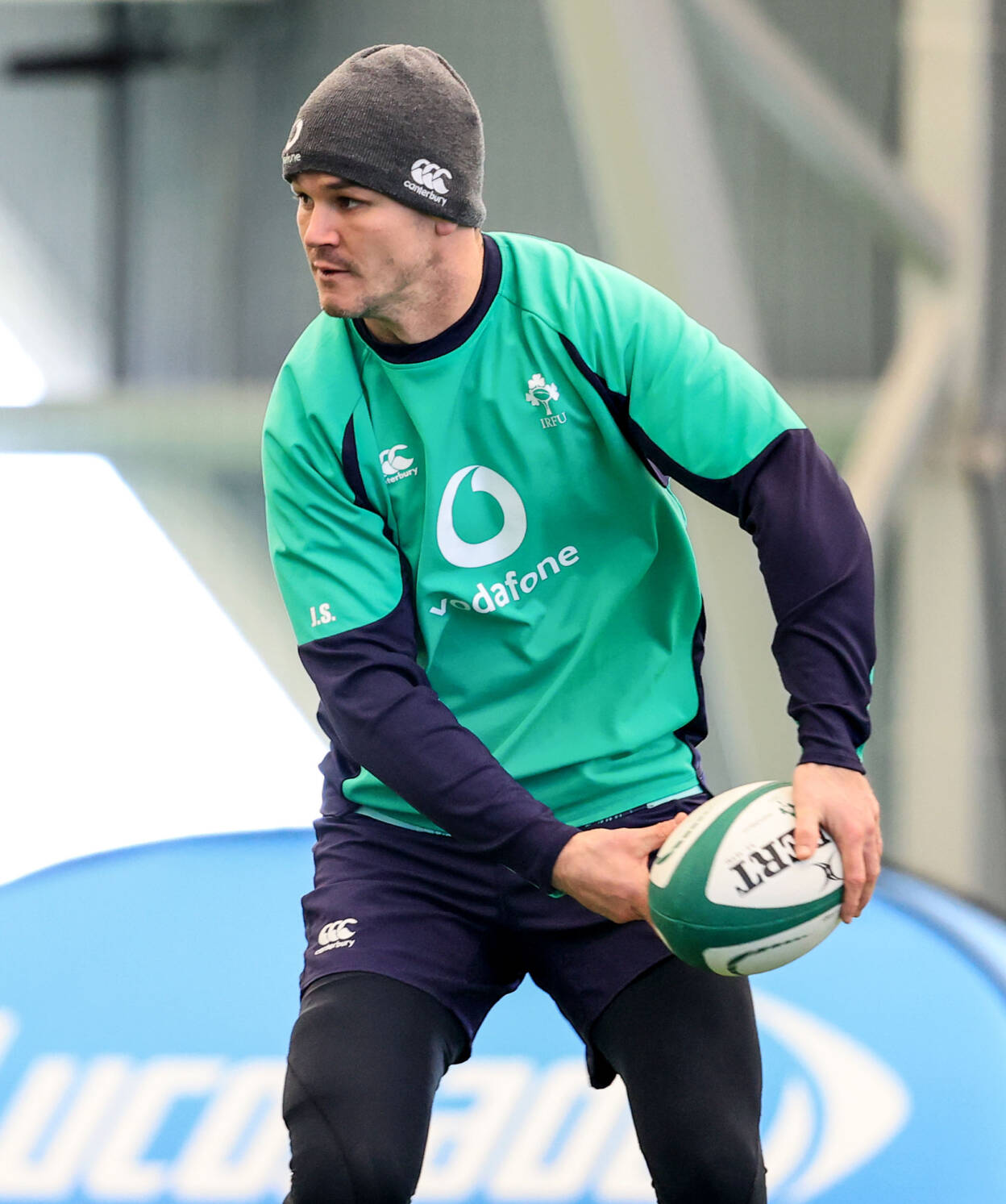 Head coach Andy Farrell conceded that Ireland’s performance against Fiji last Saturday was ‘pretty underwhelming’, as they failed to put the Pacific Islanders to the sword despite Albert Tuisue’s red card and yellows for Manasa Saulo and Api Ratuniyarawa.

Sexton says it is ‘something they need to put right’ this week, especially with the requirement to produce strong performances week on week so vital with regards to next year’s Rugby World Cup.

“It (the performance against Fiji) certainly wasn’t at the level that we want and that we expect of each other,” noted the Dubliner, who made his Ireland debut against Fiji 13 years ago.

It’s a collective thing and something that we need to try and put right this week, against a team that will be hurting from the Italian game, but also a team that was a couple of minutes away from beating France in Paris.

“It was the majority of the first team that were playing and that’s why it was disappointing. It’s always tough to come back after a good victory the week before, but at the same time, come World Cup or Six Nations, you need to produce week on week.

“Yeah, we made a few changes based on injuries, they weren’t selection things. They were literally guys weren’t fit and you know we need to be better come World Cup.”

He added: “Playing against a team, you know we’ve got Tonga in our pool and they’ll find you out. They’re good teams now, you look at the Fijian coaching team and it’s pretty impressive. They were good and we didn’t hit the standards that we wanted to.” 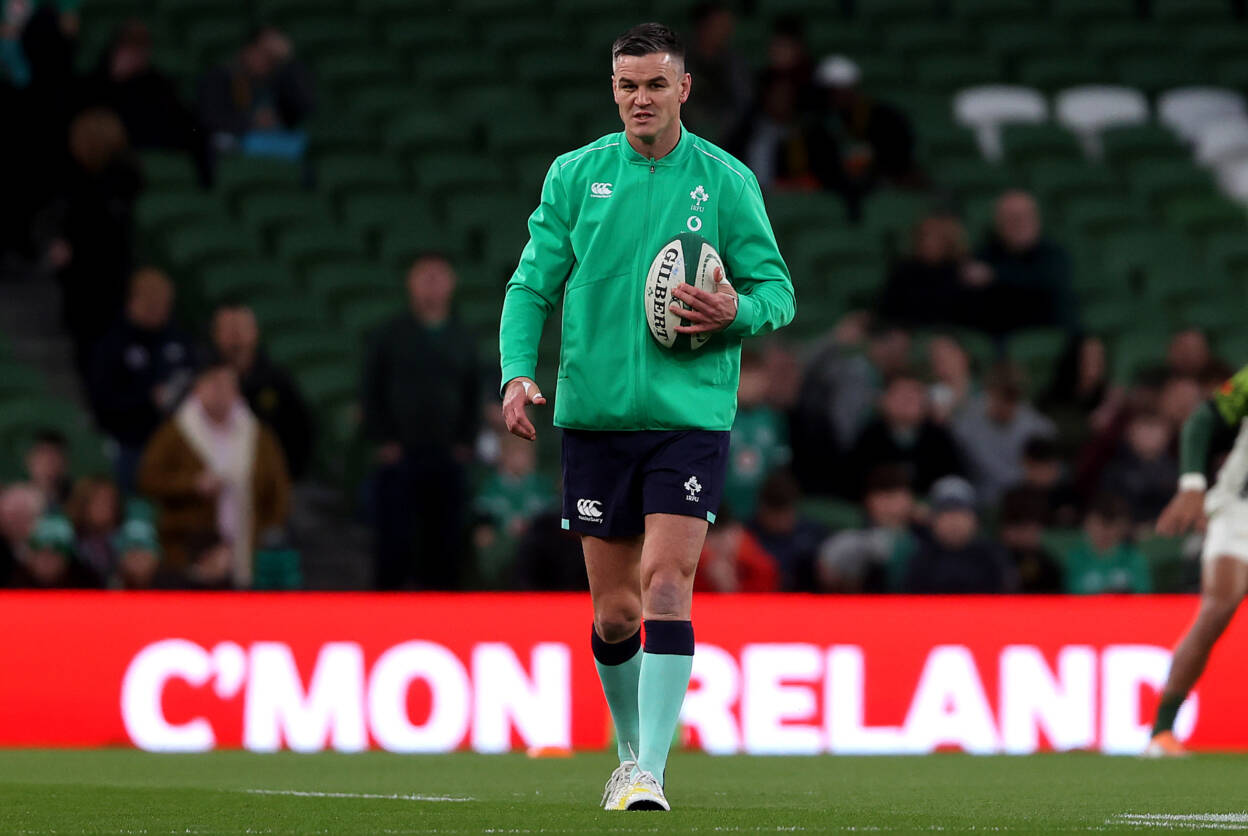 Ireland have the opportunity to complete a clean sweep of Bank of Ireland Nations Series wins this weekend, as well as retaining the Lansdowne Cup at Irish Rugby HQ for the first time since 2016.

Sexton remains very much performance-driven and knows that if the team can fire again on all cylinders, the result should follow in front of a capacity Aviva Stadium crowd.

“It’s not really about a clean sweep, it’s just about the next game and getting a brilliant performance out there.

“When you get to international rugby, it’s about winning of course, but you’re never truly satisfied until you play well and you win.

“Then you can be content in the dressing room afterwards and enjoy a beer together. But when you don’t play well and you win, you might as well be in a losing dressing room. Not quite, but nearly.”