Munster and Ireland winger Keith Earls has signed a contract extension up until the end of the 2023 Rugby World Cup in France. 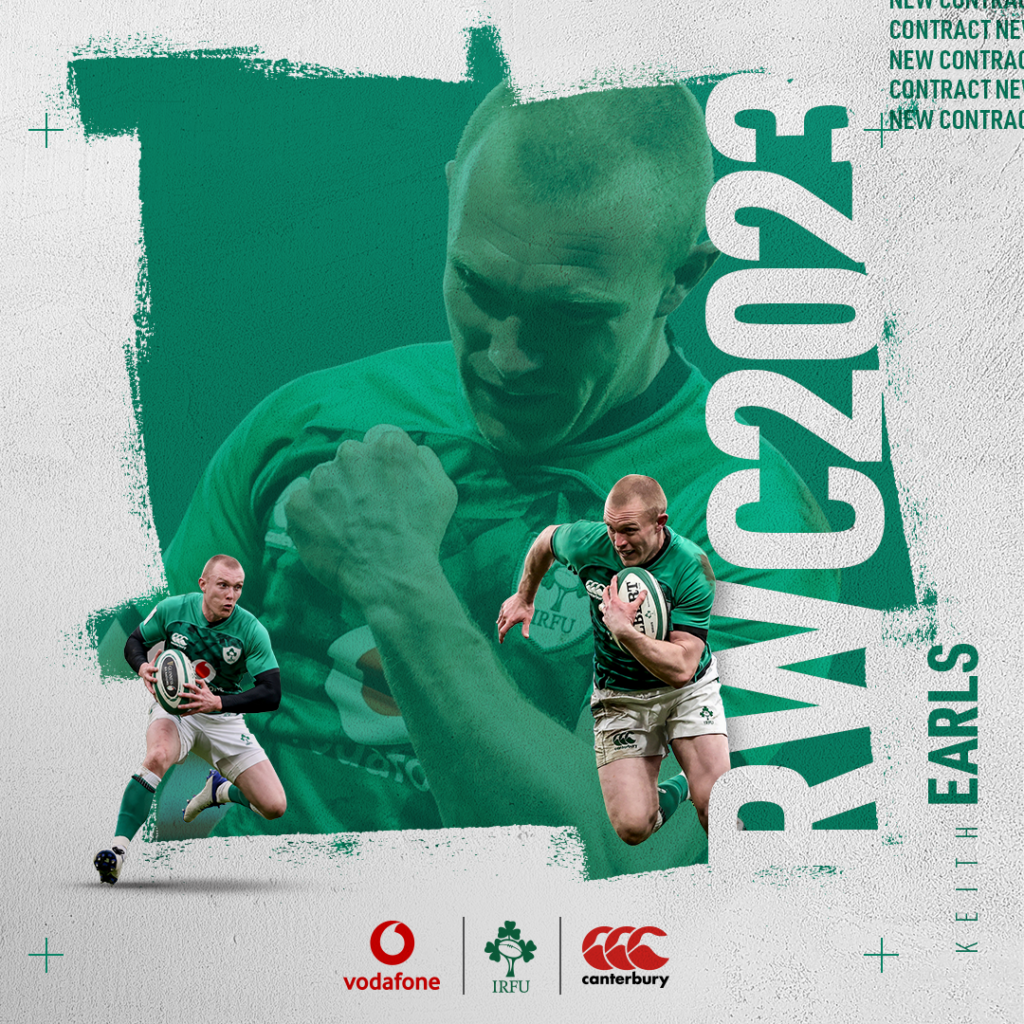 Earls has played 96 times for his country, with his current haul 34 tries making him Ireland’s second most prolific try scorer of all-time behind Brian O’Driscoll.

Unfortunately, injury ruled him out of the 2022 Guinness Six Nations but he featured in all three of Ireland’s Autumn Nations Series fixtures in 2021, and his 34th try for Ireland came against England in the final game of last year’s Championship.

The Limerick man made his international debut against Canada in November 2008 and started every game of Ireland’s 2018 Grand Slam-winning run.

He has played at three Rugby World Cups (2011, 2015 and 2019) and is Ireland’s leading all-time try scorer in the global tournament with eight. He toured South Africa with the British & Irish Lions in 2009.

The 34-year-old, who made his Munster debut against the Ospreys in 2007, is the province’s second highest try scorer with 62 tries in 192 appearance. He won a Heineken Cup in 2008 and a Celtic League title in 2011.

“I’m really happy to extend my contract with Irish Rugby and Munster until the end of the Rugby World Cup in France,” said Earls.

This Ireland squad haven’t shied away from stating their ambition for the World Cup and I want to continue to be a part of that journey.

“Munster’s squad is developing quality depth with lots of talent coming through the Academy and province’s clubs and schools, and the new coaching group will be looking to drive the province on again to the next level.”

IRFU Performance Director David Nucifora commented: “Keith is an integral part of the leadership group in the national set-up and his experience and game understanding continues to produce quality performances.

“He is also playing a strong role in guiding less experienced players and developing their understanding of what it takes to compete at the international level.”