Leinster Rugby have today confirmed that assistant coach Felipe Contepomi will leave the province at the end of the season, to join his native Argentina as assistant coach to Michael Cheika.

Contepomi joined the Leinster Rugby coaching team ahead of the 2018/19 season and has been a key figure in the three PRO14 titles won in that time.

Before that, he was, of course, a player with Leinster, lining out 116 times for the province and winning a Celtic League crown in 2008 and the Heineken Cup a year later.

Commenting on the news, Leinster head coach Leo Cullen said: “It’s been a privilege for everyone at Leinster Rugby to have had the opportunity to work with Felipe over the last four seasons. He is a great character to have around and has made a huge contribution to so many areas of the [province.

“We were all excited at the thought of ‘getting Felipe back’ to coach the group and he has definitely lived up to our hopes. He is a great tactician, and I am sure he will go on to enjoy an outstanding coaching career.

“Of course, we will miss Felipe but everyone understands the opportunity to return to Argentina to take up an exciting new role, plus the draw of being closer to family.

This day was always likely to come but for me, the memories are only good ones as we celebrate the successes we have shared. Hopefully, we can add to those by finishing this season as strongly as possible.

“On behalf of everyone at Leinster, I would like to wish Felipe, Sofia and the rest of the Contepomi family all the best for the future.

“They will always have the warmest of welcomes here in Dublin and who knows, maybe there will be a ‘third coming’ down the line!”

Having joined Leinster as a player in 2003, he became a firm favourite with the RDS faithful, and during his time with Leinster he was also nominated for the IRB Player of the Year award in 2007 following stellar performances for both province and country. 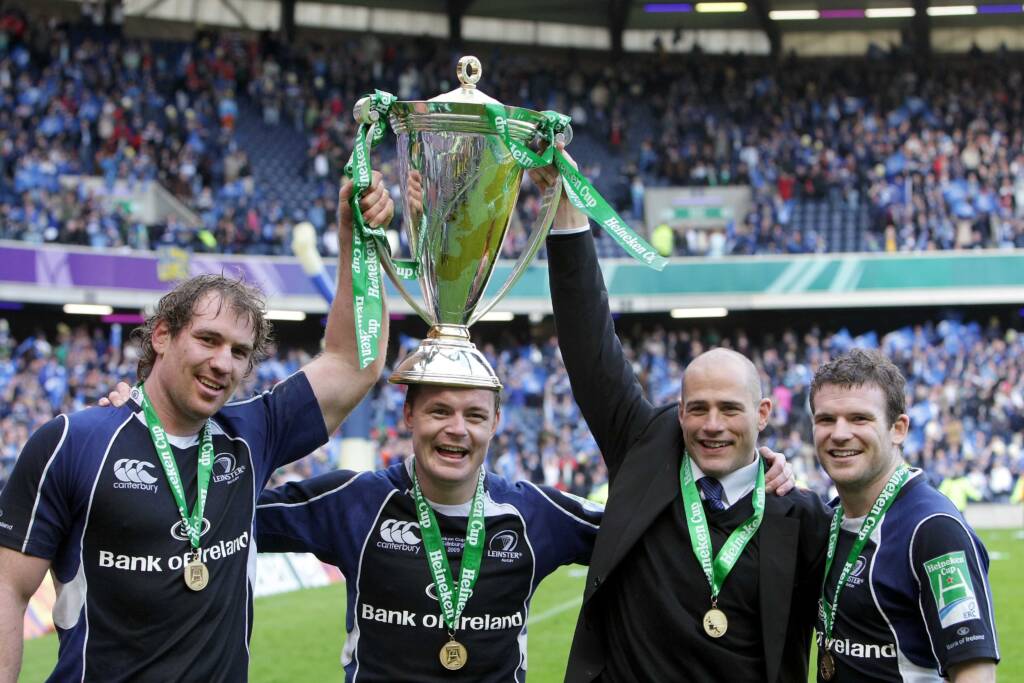 Internationally he won 87 caps for Argentina and was a key member of the team that finished third in the 2007 Rugby World Cup.

In 2017, he was inducted into the World Rugby Hall of Fame and today’s announcement sees him return back home where he last worked in Buenos Aires with the Argentinian Rugby Union as head coach of the Argentina XV for 2017/18 and with the Jaguares in Super Rugby.

Speaking with leinsterrugby.ie, Contepomi said: “This is a brilliant opportunity for me and for my family to return home but I would like to say how thankful I am to Leo Cullen and to Leinster Rugby for the opportunity to come back to Leinster and to Dublin over the last few years.

“It was an easy decision to come back to Leinster and I have loved every minute of my time here working with Leo and all the coaches and backroom team.

“Of course, I would also like to thank all the players that I’ve had the privilege and the pleasure to work with. My time as a coach has only added to the warmth and the love I have for the province from my time here as a player.

“While there have been great moments on the field, it is the memories and the friendships made off the field that I will take with me.

“There is still of course a huge end to the season to come and I hope to finish the season strong before heading home.

This is a proud moment for me and for my family. The opportunity and the challenge presented by Michael Cheika and the UAR is one that excites me and I very much look forward to continuing my coaching journey back home.

“To be able to coach your country is special. There is no higher honour as a coach and I look forward to getting started in due course.

“Dublin and Leinster have been very good to me as a player and as a coach, and I will forever be grateful for all that we have achieved together.

“But the time is right for me now to return home and I’ll leave with nothing but fond memories of a great team, great supporters and my home away from home.”