Jack O’Donoghue wants Munster to make the most of ‘a massive opportunity’ as they prepare to host Toulouse in Saturday’s Heineken Champions Cup quarter-final at the Aviva Stadium (kick-off 3pm).

Munster v Toulouse tickets are available to purchase here from €20 for adults and €10 for juniors. Tickets (card payments only) will also be available from the Ticketmaster van at the top of Lansdowne Road here, on Saturday from 12.30pm.

It has been a real coming-of-age European campaign so far for Munster, whose young guns stood tall to beat Wasps back in December despite Covid-19’s huge impact on the province’s aborted trip to South Africa.

Johann van Graan’s men won four out of four to finish third in Pool B, and their well-judged dispatching of Exeter Chiefs in the round of 16, combined with Ulster’s defeat to Toulouse, gave them a home quarter-final.

The well-documented clash with Ed Sheeran’s concerts at Thomond Park mean Munster are Dublin-bound to face Toulouse, who have won on their last four visits to Ireland.

If they manage to dethrone the reigning champions and reach their first semi-final since 2019, the Peter O’Mahony-led side will be away to Leicester Tigers or at home to Leinster in the last-four.

Munster have had some notable wins over Toulouse in the past, but back rower O’Donoghue said: “This group, we already are writing our own history. You can look at the past but this is a completely new crop of players.

“So for us it’s all about enjoying the occasion and enjoying the build-up to the game. For some lads it’s their first taste of Champions Cup rugby with a big crowd. Playing at the Aviva with 30,000-plus people there.

O’Donoghue featured on the longlist for the 2022 EPCR European Player of the Year award, having scored his first two Champions Cup tries during the pool stages and maintained a consistently high level of performance.

The youngest player (at the age of 27) to reach 150 caps for Munster, the Waterford man has played across all three back row positions in Europe this season, his versatility coming to the fore when Gavin Coombes suffered an ankle injury last month. 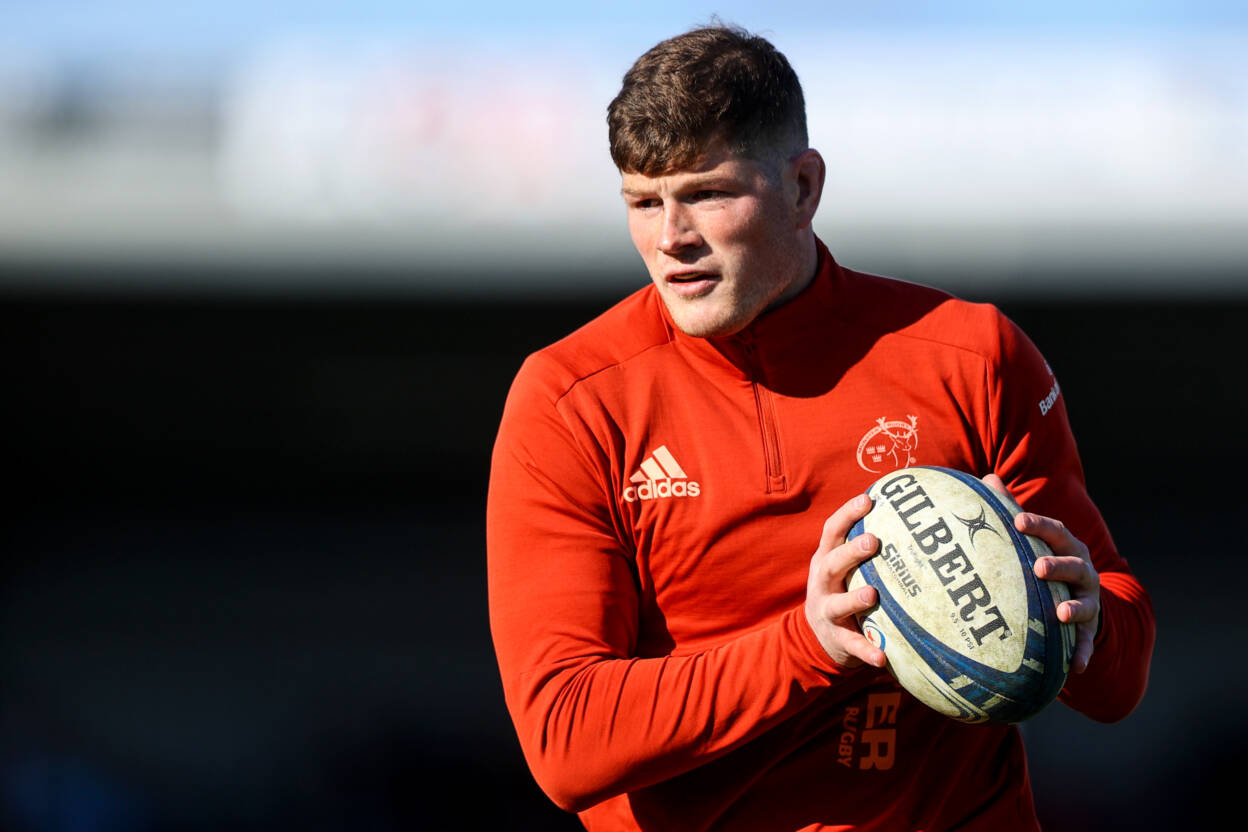 O’Donoghue, who will start at number 8 tomorrow afternoon, is relishing coming up against Toulouse’s formidable pack. He played against them in both 2017 and 2021 and also spoke highly of the French club’s kicking game.

“I think it’s going to be an incredible set piece battle for us. We’ve seen what they’ve done in the Top 14. We’ve seen how they have dominated teams, even in the Champions Cup,” he said of Toulouse.

“It’s going to be a huge challenge for us, but it’s something that we are looking forward to, having the opportunity to go up against a world class side.

“(Their kicking game) is probably a massive area where they can probably get a grasp on the game. It’s something that we’ve spoken about all week to not give them easy access into the game.

“Look, between their 9 and 10, they have unbelievable kicking threats. For (Romain) Ntamack to put us back in the corner, it is something we’ve spoken about and that’s something that we will certainly target.”

Munster are one of two teams remaining in this season’s Champions Cup not to have conceded a single try that originated from a scrum. Indeed, 20% of their own tries have originated from scrums, the highest percentage of any side in the last-eight.

Additionally, no player has claimed more lineouts in the tournament this season than Munster captain Peter O’Mahony (36). He has also stolen at least three more opposition lineouts than any other player (7).

O’Donoghue is confident that the Munstermen will be at their sharpest for this weekend’s showdown in Dublin, coming into it on the back of three straight wins and with competition for places really ratcheting up. 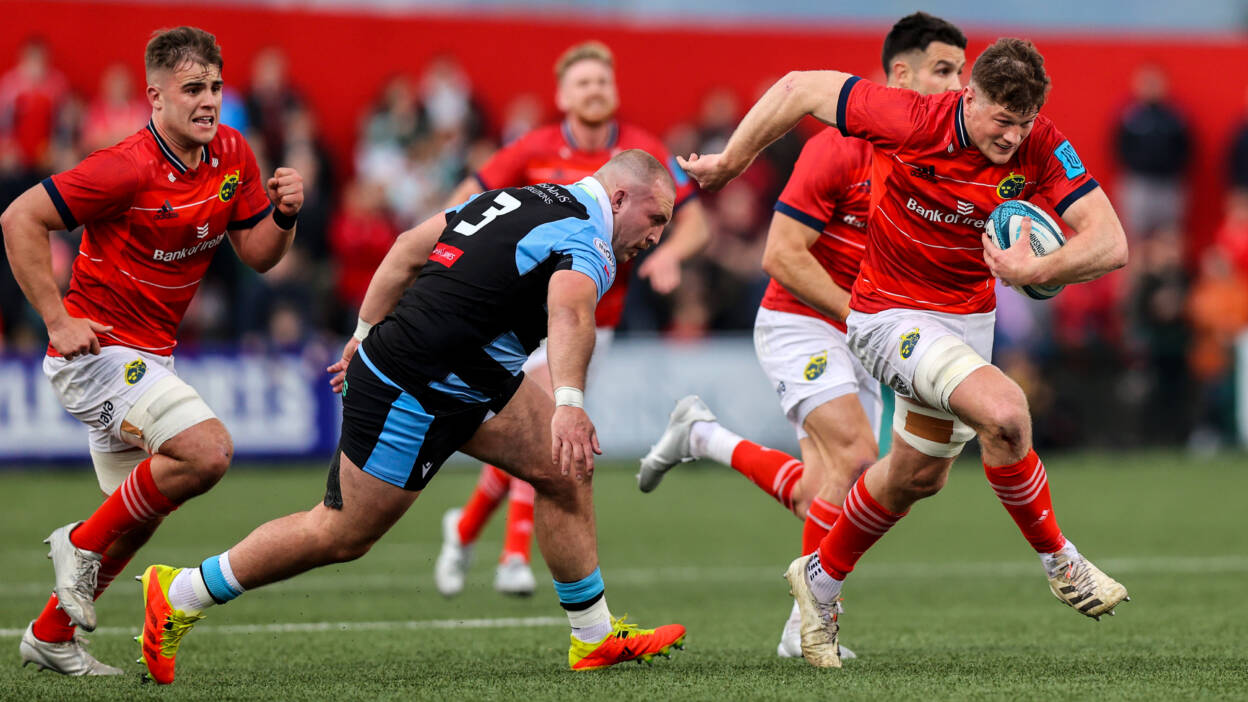 The Munster coaches made seven changes for the recent Ulster game, eight for last week’s Cork victory over Cardiff, and tomorrow’s starting XV is largely back to the one that saw off Exeter in Limerick – apart from Stephen Archer and Alex Kendellen coming into the pack.

“The coaches have managed the selection incredibly well, in terms of rotating a few lads in and out from week to week,” added O’Donoghue.

“It just kind of keeps everyone fresh and everyone on the same page, and gives everyone a chance to express themselves and put their hand up for selection. We’ve an incredible squad here and they’re really competing for places.

“So for us, it is about using that momentum that we have week on week to build up to a big game like Toulouse.”

Munster have won four of their previous seven Champions Cup encounters with Toulouse, including their 2008 final success in Cardiff. They are aiming to avenge last season’s 40-33 round of 16 loss in Limerick.