Ireland forwards coach Paul O’Connell has admitted Andrew Porter will be a significant loss after the versatile prop was ruled out of the remaining rounds of the Guinness Six Nations with an ankle injury.

Having spent the majority of his international career in the tighthead position, this season has seen Porter switch back to the loosehead side and establishing himself as first choice in that role for Leinster and Ireland.

Last Sunday’s game against Italy marked his third consecutive start in this year’s Six Nations, but the injured forced him to be replaced by Munster’s Dave Kilcoyne, early in the second half.

Speaking about Porter’s absence for the upcoming clashes with England and Scotland, O’Connell said: “There’ll be no adjustments really to the game-plan, but he’s a big loss.

“He’s the modern prop forward, he’s obviously an excellent scrummager on both sides of the scrum. He’s ball carrying for us, he’s defending for us, he’s a really good poacher as well.

“Great man to get penalties, to get turnovers at the ruck. He’s no-nonsense as well. As a coach, he just gets on with it. He’s very easy to work with and very easy to deal with. He’ll be a big loss.

“His benching will probably go through the roof in this period, which he’ll be delighted with! He’s a big loss for us, but the way we’ve been training, a lot of the changes have been seamless enough and have been easy enough.

“Hopefully it continues that way. Obviously Cian (Healy) and Dave Kilcoyne are with us at the moment, and we’ll have a look at the guys over the weekend. See if we can bring someone in.” 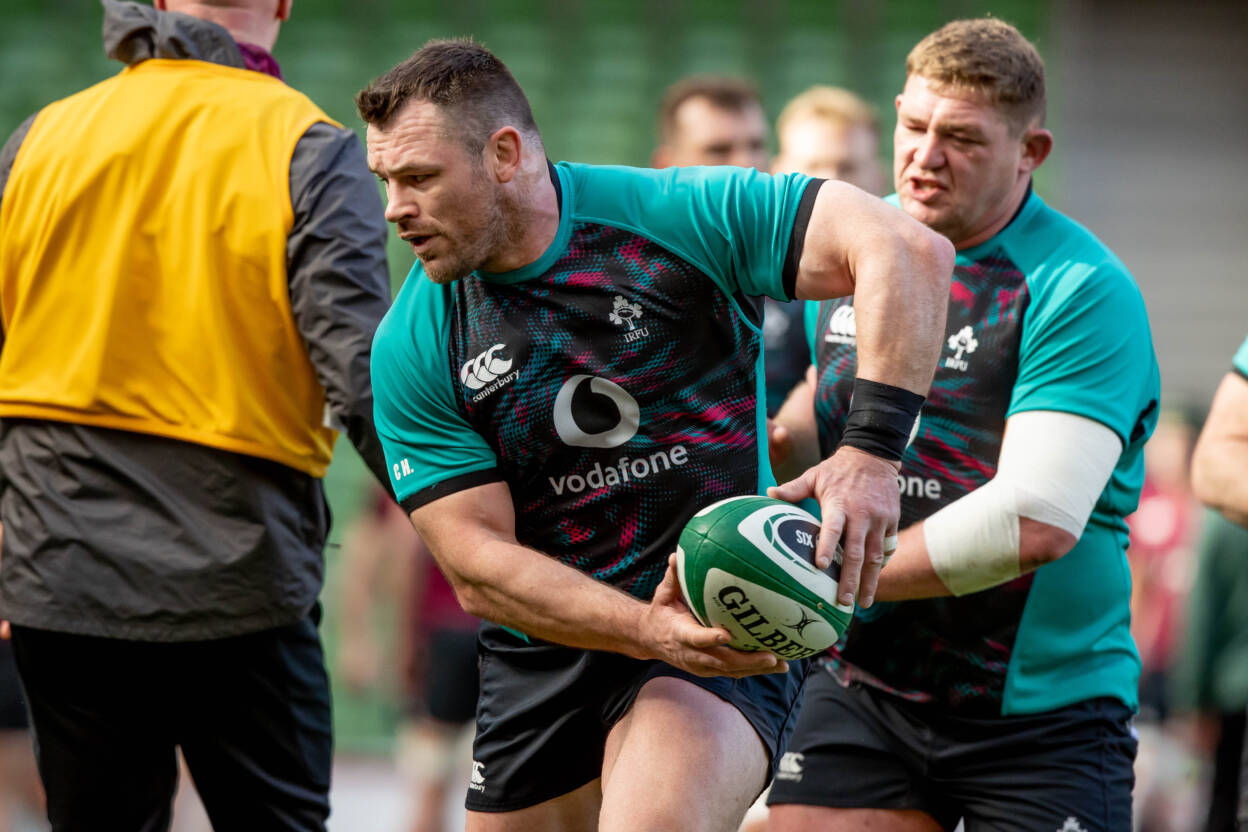 What gives O’Connell added confidence that the pack’s high standards will be maintained without Porter is seeing how well Ryan Baird performed in the 57-6 bonus point victory over the Italians last weekend.

With James Ryan and Iain Henderson both missing out on selection for different reasons, 22-year-old lock Baird stepped up to start alongside Tadhg Beirne and responded with a charge-down try in a productive performance. 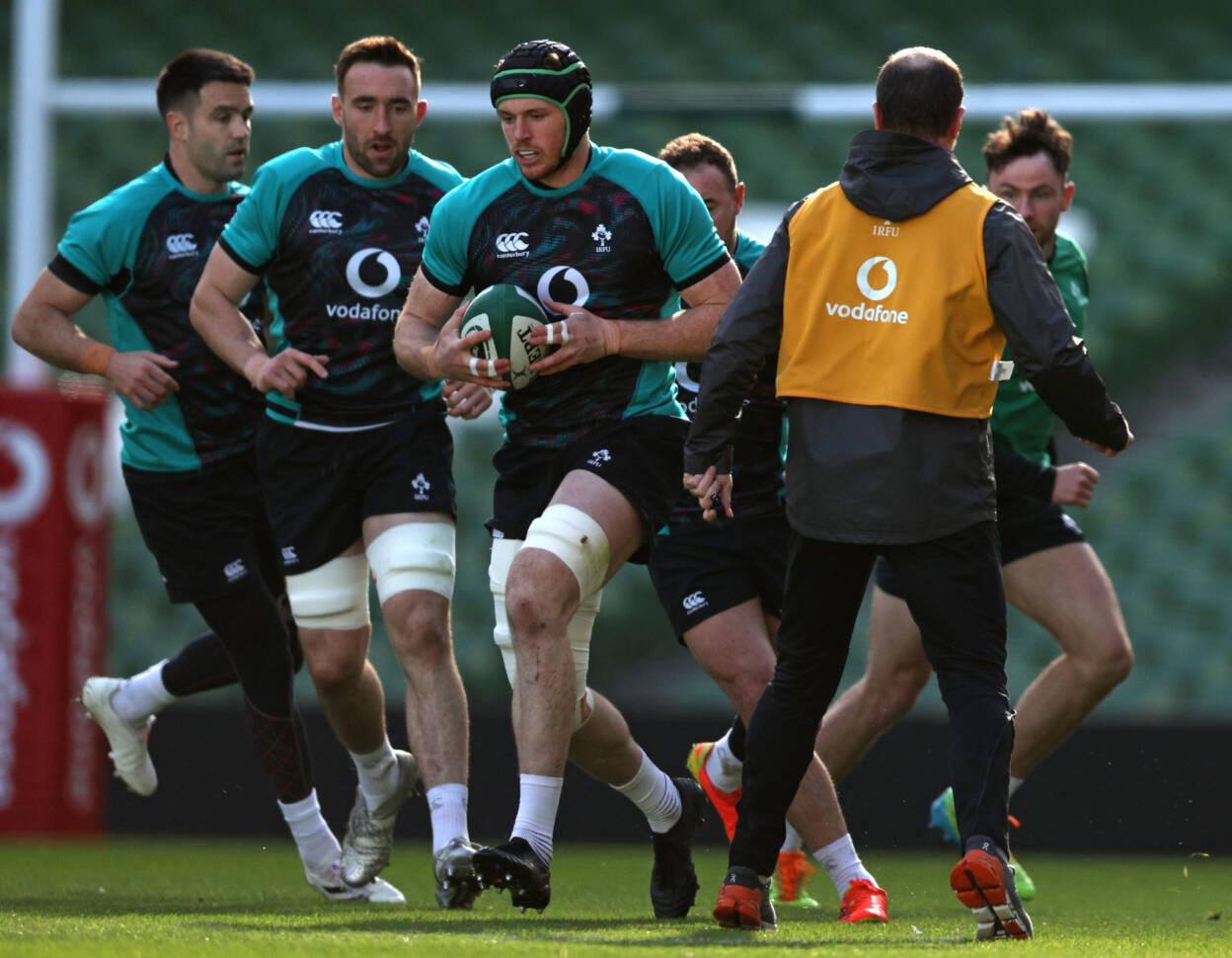 “I thought he (Baird) did really well. He waited for his chances to come and he took them when they came. He was excellent at set-piece, he had a great steal in the lineout early on.

“Unfortunately it bounced back into an Italian player’s hands. He was obviously high in one tackle, he needs to drop his height a little bit. He was doing a little bit of work on that today after training.

Sometimes players can get a bit of anxiety when they haven’t experienced what other guys have. Ryan was very relaxed going into the game. Full of enthusiasm and he really delivered for us.

“It’s a credit to James (Ryan), Tadhg (Beirne) and Iain (Henderson), how they run the lineout. Stuff that we do, they do a lot of walk throughs.

“They try and make life as easy as possible for guys because we’ve had a bit of a history of losing guys late coming into games. We were just very confident that he would be able to deliver on what he was able to do.”

Sitting second in the table behind France, Ireland will be aiming to keep their Championship aspirations alive by getting the better of England at Twickenham on Saturday week.

If they are to claim the scalp of Eddie Jones’ men in London, then Ireland will be looking to avoid a repeat of the disappointing start that they endured against the French in round two.

Les Bleus built a 10-point cushion within seven minutes of the kick-off that night, and while Ireland immediately fired back with a terrific individual try from Mack Hansen, they were chasing the game from the outset.

“Everyone wants to start well. Unfortunately both teams can’t get a 10-point lead! We did some things early on in that game (against France) which gave them access. Things which were in our control,” highlighted O’Connell.

“In the start of that game we exited poorly. We had a really good kick-off take from Tadhg Beirne, we exited with a poor kick and then we let them take a quick lineout.

It was nothing special after that, it was a lovely pass on the inside from (Romain) Ntamack. Then the ruck penalty we gave away was all in our control as well.

“It’s an important part of the game. It’s one we’ll always be trying to get right. If you can get a lead early on, it puts you in a great place.”