Munster Rugby have confirmed that the Greencore Munster Rugby Academy’s Paddy Kelly, Eoin O’Connor and Paddy Patterson will be promoted to the senior squad next season.

In addition, Irish-qualified hooker Chris Moore will also join the province ahead of the 2022/23 season on a one-year deal.

Scrum half Patterson has signed a two-year contract, with locks Kelly and O’Connor both signing one-year contracts.

The trio join hooker Scott Buckley and back rower Alex Kendellen in signing senior contracts and progressing from the Academy to the senior squad next season.

The 23-year-old Patterson joined Munster from the Leinster Academy last season and has made four appearances for the men in red to date.

The UCD half-back made his Munster debut against the Scarlets at Thomond Park in March 2021 and featured off the bench against Glasgow Warriors earlier this month. 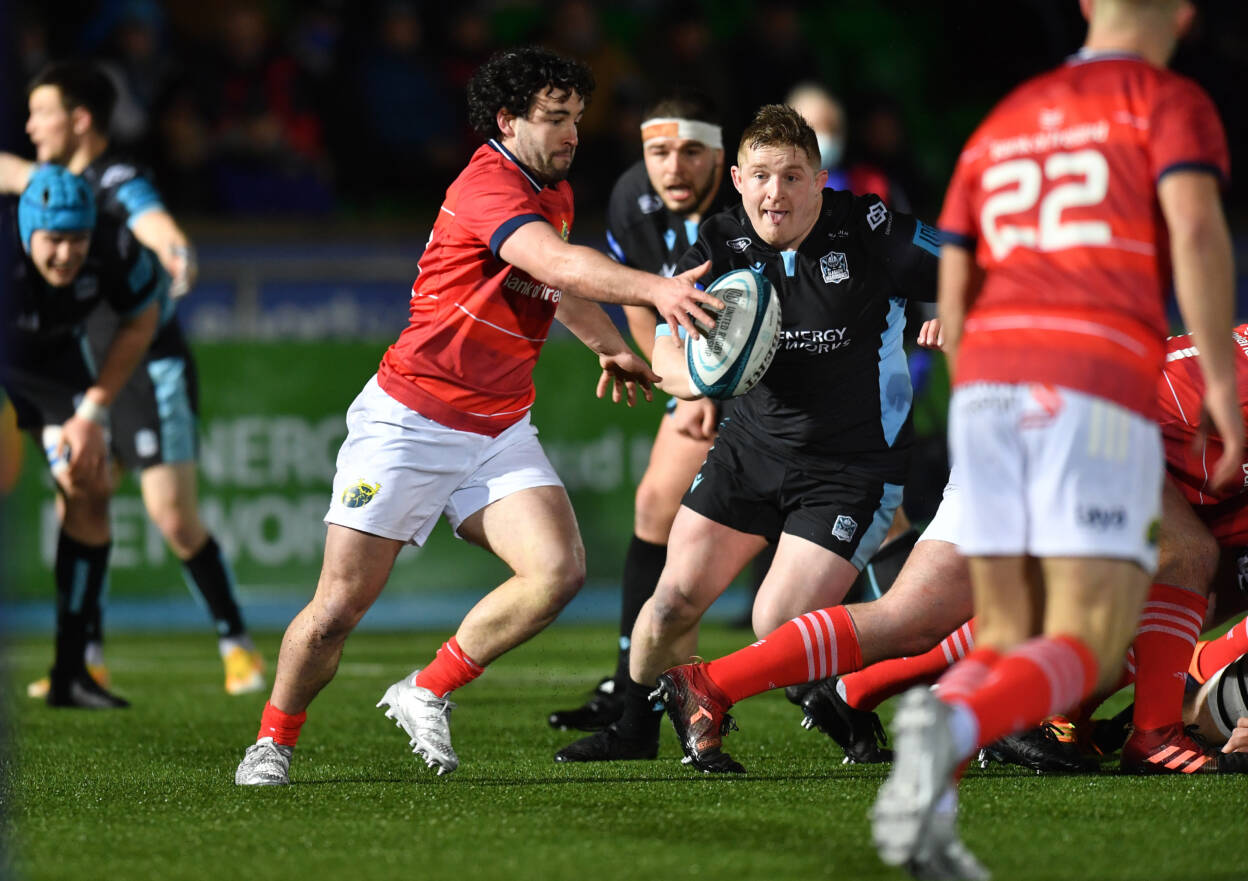 Currently sidelined with a hamstring injury, Kelly has scored one try in nine Munster ‘A’ appearances so far.

The 21-year-old O’Connor came up through the ranks at Waterpark RFC and plays his Energia All-Ireland League rugby with Young Munster RFC.

He made his Munster debut against Wasps in the Heineken Champions Cup in December, having missed the 2020/21 season due to a knee injury.

Meanwhile, the 21-year-old Moore hails from Trowbridge in England and lined out for the Ireland Under-18 Clubs team in 2018, alongside both Kelly and O’Connor.

A graduate of Beechen Cliff School in Bath, the young front rower is currently studying and playing at Exeter University.