Rugby fans can look forward to a new way of enjoying the Energia All-Ireland League Women’s Division over the coming weeks. Building towards finals day on February 26th, each of the remaining rounds will feature a Game Of The Week from either the Top 4 or the Conference with high quality video and full commentary. Extended highlights will go live on Irish Rugby channels on a Monday evening after each game weekend.

The Women’s Division has now split into the Top 4 and the Conference with home and away fixtures building to the finals. The Top 4 is made up of Railway Union, who finished the first half of the season in first place, UL Bohs, Blackrock and Old Belvedere. Galwegians, Suttonians, Cooke, Malone, Ballincollig and Wicklow make up the Conference

All ten teams will feature in the coverage which is funded in part by the Sport Ireland ‘Women In Sport’ programme.

Energia AIL Women’s Game Of The Round

As part of this pilot initiative, Saturday’s game at Stradbrook between Blackrock College and Old Belvedere will also be live streamed at irishrugbylive.ie featuring former Ireland 15s and 7s international Hannah Tyrrell (pictured below) in the commentary box with Ross O’Donoghue. 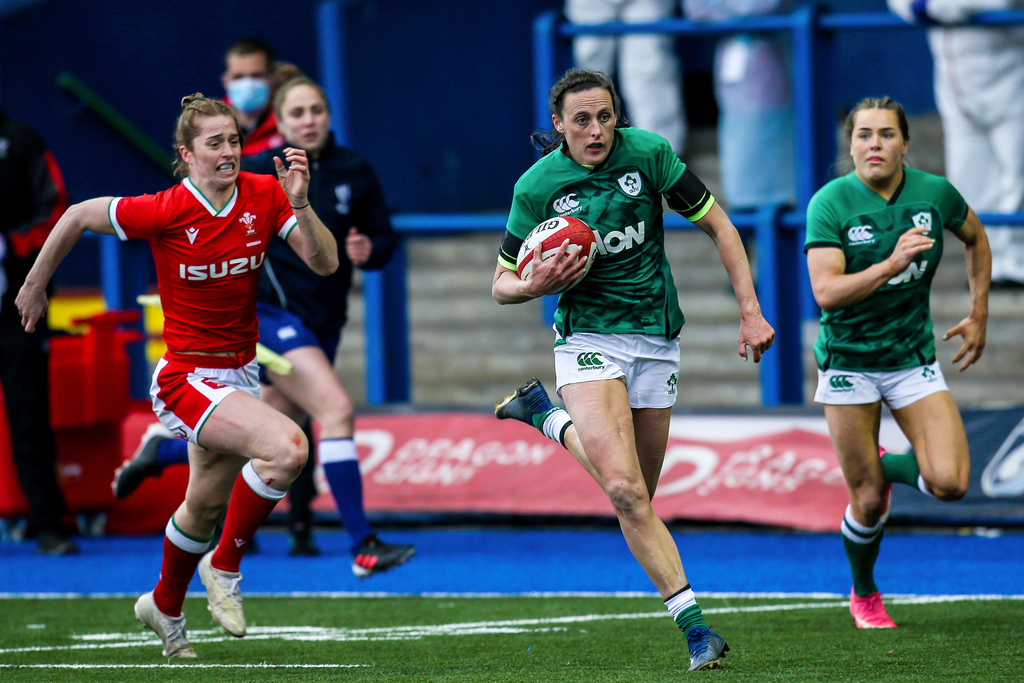 “This plan has been in the works for quite some time,” said IRFU Women’s Development Manager Amanda Greensmith. “We’re really excited to promote this block of games. We’re building towards our first AIL finals in three years and there’s an extra trophy up for grabs this season.

I know [Ireland Head Coach] Greg McWilliams is also very excited to see prospective Ireland internationals use these games to put themselves in the shop window for selection in the 2022 Women’s Six Nations.

I’d also like to take the opportunity to thank Sport Ireland. Their support through the Women In Sport programme is at the core of this project. We will look to continue to build on these kind of initiatives with more to come in this space.”

IRFU Rugby Development Campaigns Officer Ross O’Donoghue said, “The Energia All-Ireland League Women’s Division has already been seen by more people than ever before this season with over 500,000 video views on our weekly match highlights to date.

The clubs have been massively engaged in that promotion – it’s because of their work in capturing and sharing footage that we’ve been able to produce highlights packages from every game in every round.

We can now take a step further with as-live commentary and extended highlights to really meet the needs of the modern rugby spectator. We’re confident that this coverage will reflect the high standard and the competitiveness that this Energia AIL Women’s Division has to offer and we can’t wait to get going.”