Having been a spectator for Leinster’s pre-season win over Harlequins, centre Garry Ringrose is greatly encouraged by the return of supporters to matches on a more consistent basis.

While the Aviva Stadium hosting crowds totalling 3,000 and 6,000 respectively, for Ireland’s summer Tests against Japan and the USA, roughly 10,000 fans watched the Blues host the Gallagher Premiership champions last Friday.

The permitted capacity at Irish Rugby HQ is now in line for an additional increase, with 75% of the Aviva Stadium seats set to be filled when Leinster open their United Rugby Championship campaign against South Africa’s Bulls on Saturday week.

This means a total of 38,775 fans will be allowed to attend what is set to be the largest gathering at a rugby game on these shores for 19 months.

Ringrose has had a persistent shoulder injury and hopes to be back playing within a month. He is thrilled that the harsh reality of playing in front of empty stands is about to become a thing of the past.

“All of us, myself and everyone in Leinster – and I’m sure it is shared across the rest of the guys here – we just can’t wait,” he said, speaking at the Irish launch of the 2021/22 United Rugby Championship.

“Certainly for Leinster, it’s a massive part of our game, feeding off the energy of the crowd. We got a little taste for it last week for the Harlequins game, that was here in the Aviva.

“It was just a really good buzz. I know we were all walking in here excited and then speaking to the guys who were playing, they said they absolutely loved it.

“I think we’ll all be pleading for our friends and family, and extending it to everyone in Leinster, to try and get tickets.

“Because we can’t wait to see them all back and appreciate their support, and want people to be here. We’ll do our best to make people in Leinster proud.” 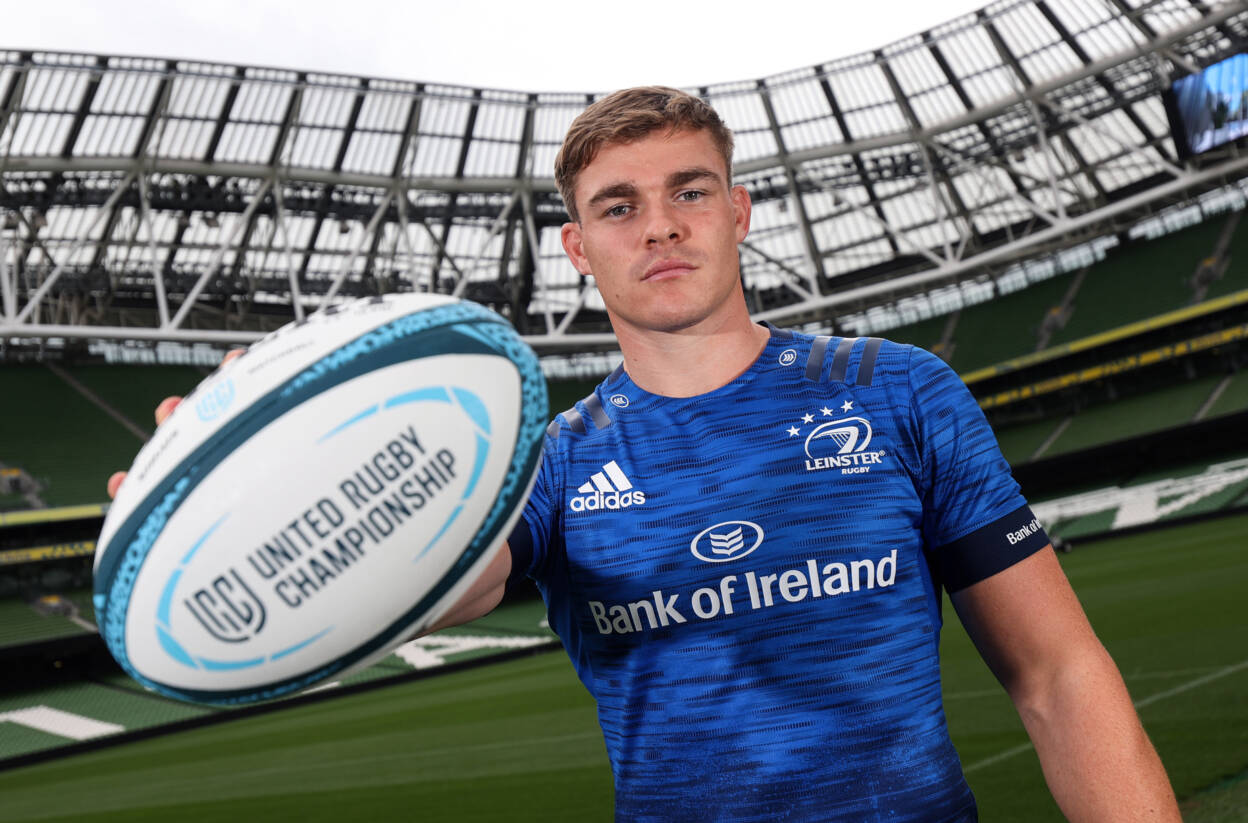 Having won the last four Guinness PRO14 titles, Leinster will undoubtedly be the team to beat in the inaugural URC season.

Following their first round clash with the Bulls, which will be the first ever meeting between the two teams, Leo Cullen’s men take on the Dragons, Zebre, the Scarlets and Glasgow Warriors, before an extended interprovincial programme comes into view from round six onwards.

If they want to keep themselves in the frame during the business end of the season, Ringrose realises it is important to lay down a marker during this block of fixtures.

We have the Bulls next week and I don’t know if anyone watched them against the Sharks two weeks ago – they’re pretty much as good as they’re going to get, if not better, after another two weeks prep.

“Then the interpros, I’m sure as media being at the games in a quiet stadium or an empty stadium, you feel or appreciate the intensity of the collisions a bit more.

“Those interpro games are as close to international games really. We have a clearer picture of what we’re facing in terms of the schedule.

“But to look beyond the first game or the first one or two games we have, will only be to the detriment of us. That’s where the focus is now after a couple of weeks of pre-season.”

Although their derbies against Ulster, Connacht and Munster will follow the conclusion of Ireland’s November internationals, it will precede the 2022 Six Nations – in which Andy Farrell’s charges are hoping to improve on their third-place finishes in each of the last three Championships.

If he has designs on making the number 13 jersey his own in the coming months and years, Ringrose understands how important it is to perform at his best against his main competitors for the outside centre berth.

“I think any time you play for your province it’s a trial. The international coaches are watching, all the data is stored and studied, picked apart. Then at the same time, the mindset,” explained the 26-year-old.

“I don’t think you’re necessarily going into it like it’s a trial game. You’re still sticking to your province and there’s a lot of pride in your own province, your own club. You want to win.

“By focusing on trying to win, putting in the best preparation and the best performance, from an individual and collective perspective for your province, then that’s ultimately putting the best foot forward for the Irish stuff.

“You kind of just forget about that to a certain extent and let that take care of itself and focus on the immediate. They are effectively trial matches from an international coach’s perspective. As well as the other games as well.” 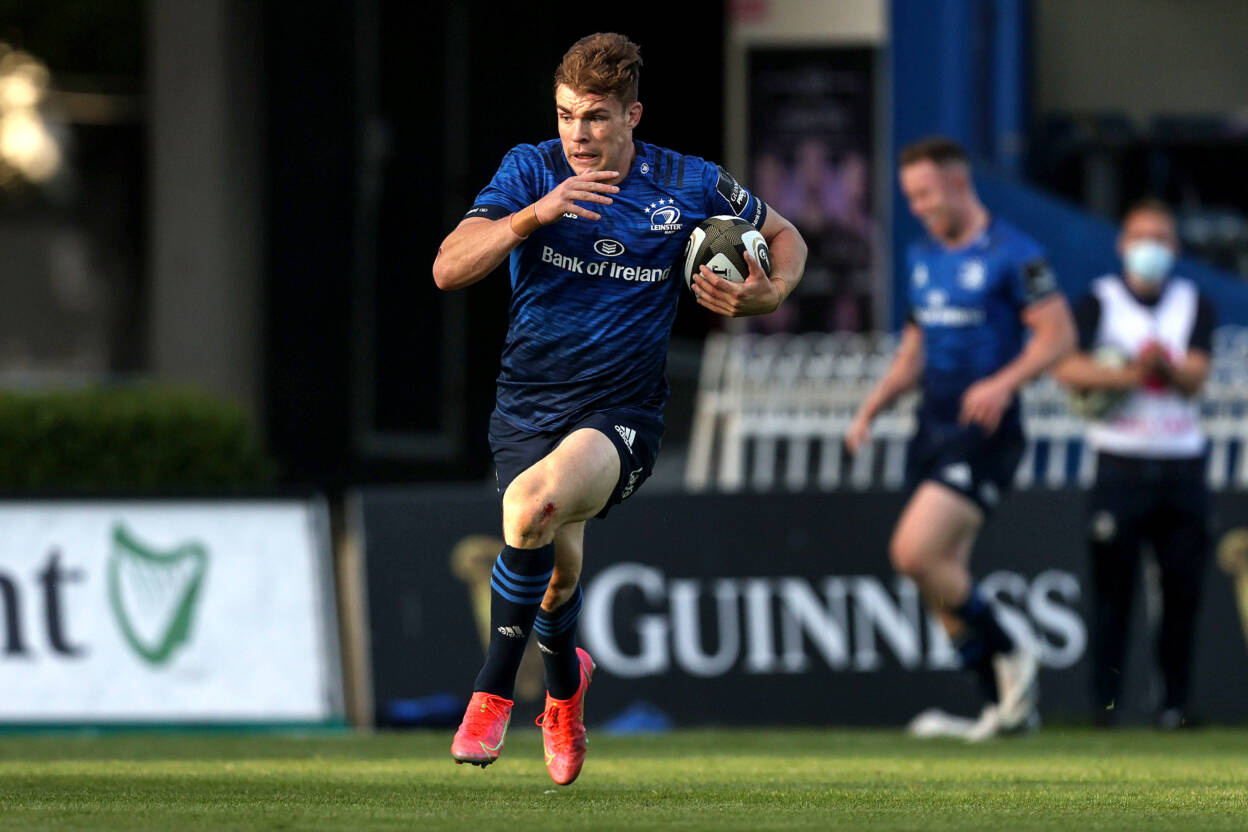 Prior to having surgery on his shoulder which meant he missed Ireland’s Vodafone Summer Series games, Ringrose was deemed unfortunate to miss out on the British & Irish Lions squad that toured South Africa.

Yet, despite acknowledging his disappointment at not making the cut – and his subsequent injury issues – Ringrose focused on the positives he gained from an extended break from the game.

“I was disappointed, like anyone. I wasn’t naive to the fact I didn’t have the best year in the lead-up to it. You always prepare for the worst, hope for the best,” he added.

I was disappointed, but it’s a new year. After the year-and-a-half previous, it was nice to get a break and I think everyone enjoyed getting four weeks to reset.

“To focus and even get a clearer picture schedule wise of what we’re facing, off the back of a year-and-a-half of uncertainty. Things changing on a monthly basis.

“It definitely feels like a new year and a fresh beginning for everyone, including myself. I’m incredibly motivated and excited to get back.

“Obviously it’s never ideal picking up an injury, with my shoulder at the tail-end of last year.

“Timing-wise, I’ve been pretty lucky that it hasn’t sacrificed too many games and that I’m almost good to go now. Excited and motivated for the challenges ahead.”