IRFU Director of Sevens Rugby, Anthony Eddy, has today named a 13-player squad for Ireland’s return to HSBC World Rugby Sevens Series action, as the 2021 season prepares to get up and running at BC Place, Vancouver this weekend.

Coming off the back of a first Olympic Games campaign in Tokyo, Eddy will use the upcoming Canada Sevens tournaments in Vancouver and Edmonton to explore the depth of his Ireland Men’s Sevens squad as players are given the opportunity to stake a claim on the World Series stage.

Olympians Bryan Mollen, Mark Roche and Gavin Mullin are included in the travelling party with Mollen named to captain Ireland as they face Great Britain and invitational sides Hong Kong and Jamaica in Pool B in Vancouver from 18th-19th September.

Leinster’s Liam Turner, who played 16 games on the 2020 World Series, and Seán Cribbin also add experience to the squad, while Ireland U20s stars Shane Jennings and Chris Cosgrave are exciting additions having impressed for Richie Murphy‘s side during this summer’s Six Nations.

Ulster Academy winger Ben Moxham, Conor Phillips of Munster and Ed Kelly – the younger brother of Olympian Jack – have been part of the National Sevens programme for the last 12 months and featured during the IRFU HPC International 7s tournament in June, with the back-to-back tournaments in Canada presenting them with the platform to showcase their talents at the start of a new Olympic cycle.

Commenting on his selection, Eddy said: “It is great to have the HSBC World Series back up and running and expose some new players to the quality of this competition. The Canada tournaments provide a great opportunity for some players to put their hand up for future tournaments and the 2022 Series. We have a some experience in the group and also players new to the World Series, so I am keen to see how some of the new players perform in this environment.” 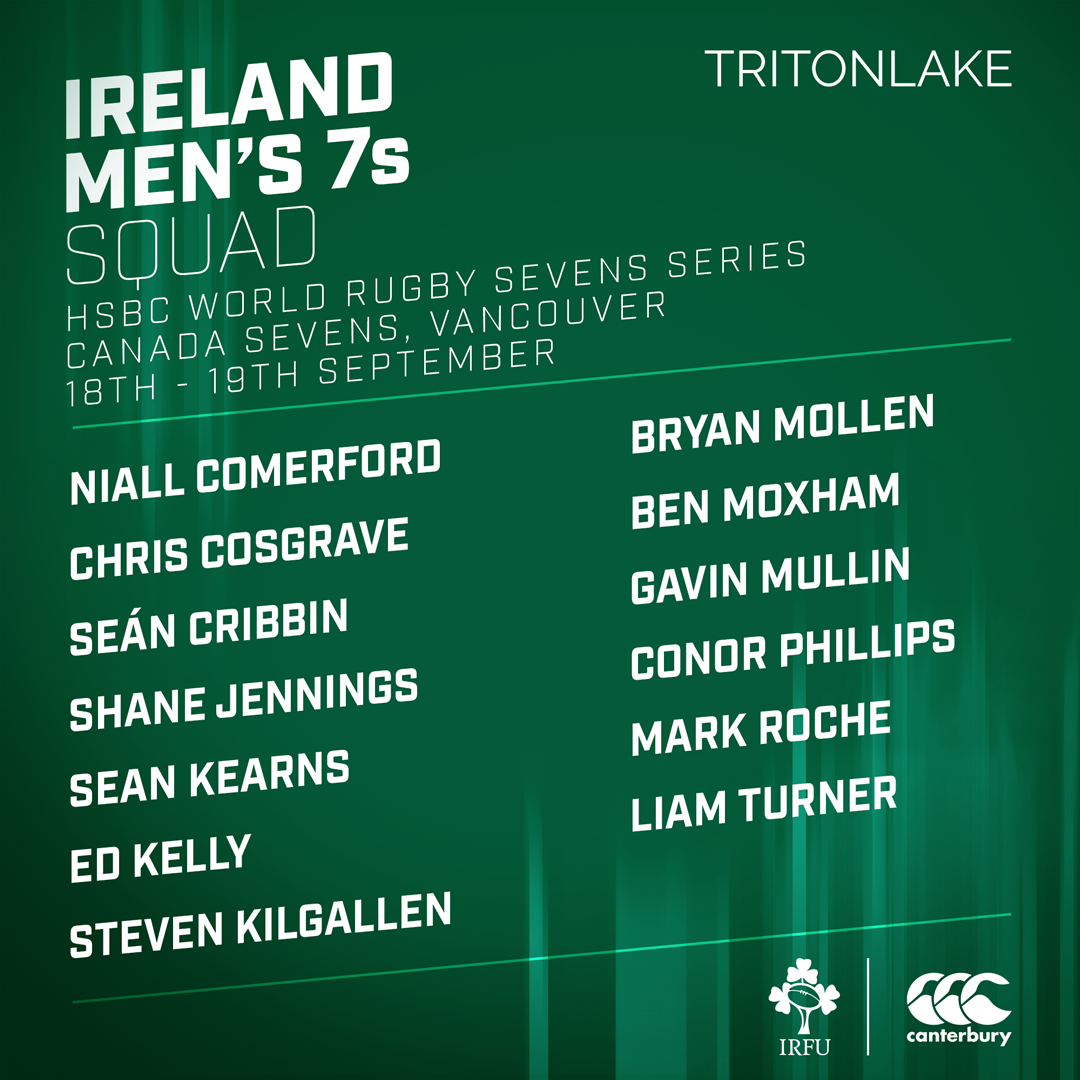 The Vancouver tournament will be followed by a second HSBC Canada Sevens event in Edmonton the following weekend, on 25th-26th September. The two rounds in Canada form the 2021 Series, with the Series title awarded in Edmonton.