Leinster Rugby has announced the submission of detailed plans to Government for a proof of concept test event, to assess the use of rapid antigen testing as a solution for the safe return of spectators to matches at the RDS.

With matches in the Guinness PRO14 Rainbow Cup scheduled for the coming weeks, a trial match could take place as early as next month.

Details of the comprehensive plans, which have IRFU approval and are a direct response to the Government’s Rapid Testing Group’s recommendation to immediately implement antigen trial events, were submitted to the Department of Tourism, Culture, Arts, Gaeltacht, Sport & Media on Friday, and include:

This is an expertly researched project, which has been subject to robust scrutiny at every level, and we see it as a key contribution to the Government’s efforts to return our country to some form of normality.

“This initiative has the potential to be used as a blueprint by all sporting, cultural and community organisations for the safe return of limited crowds to their events.

“In October 2020, a combined working party from the FAI, GAA and the IRFU submitted proposals to the Department of Sport around the return of supporters to our grounds in a safe and Covid-19 compliant manner.

“The report made a number of recommendations, but in particular the need for trial games ahead of any full re-opening of stadia.

“Similarly, a report was launched last week by the Government’s Rapid Testing Group, chaired by Professor Mark Ferguson, which also recommended the immediate use of antigen testing on a trial basis in schools, colleges, workplaces and sporting organisations as an additional tool to help fight the spread of Covid-19.

“Leinster Rugby has been working with key stakeholders for a number of months to finalise plans for a phased re-opening of the RDS Arena.

“We are confident that we have the infrastructure in place to ensure a safe and efficient trial, and Martin Murphy, Chair of the combined working party, has written to the Department of Sport accordingly, outlining our readiness for such a trial and indeed, as I have stated earlier, our willingness that any data and lessons from such a trial be shared with relevant authorities and with other National Governing Bodies.”

The 52-page Covid-19 response plan incorporating rapid antigen testing drafted by Event Safety consultants, Eamon O’Boyle & Associates, adheres to all recommendations contained in the Government’s Rapid Testing Group Report, and is in addition to the current Covid-19 Event Management Plan already in place at the RDS and in operation successfully since last October.

Since the resumption of professional sport, 11 Leinster matches have been played behind closed doors at the RDS, with no incidences of Covid-19 reported as a result of these games taking place.

Dawson added: “What we are offering the Government is a pilot test event that meets all the recommendations of the Rapid Testing Groups’ Report.

“This is an opportunity to show that matches with supporters are possible, under strict testing, supervision and management of course, and that there is a roadmap ahead that rugby and indeed all sports and events can follow.

The lessons that we could all take from hosting such a trial match would be invaluable as the wider sports and entertainment industry looks to recover from the effects of the last 12 months and looks forward to a better and a brighter future when we can hope to resume some level of normality.

“At some stage we have to take those first steps, and we believe that we have a robust and safe plan in place that will allow us to do just that, and plan for the safe return of all supporters from the beginning of next season.”

The capacity for the trial game would be a maximum of 2,000 spectators, just 11% of the normal RDS match-day capacity. 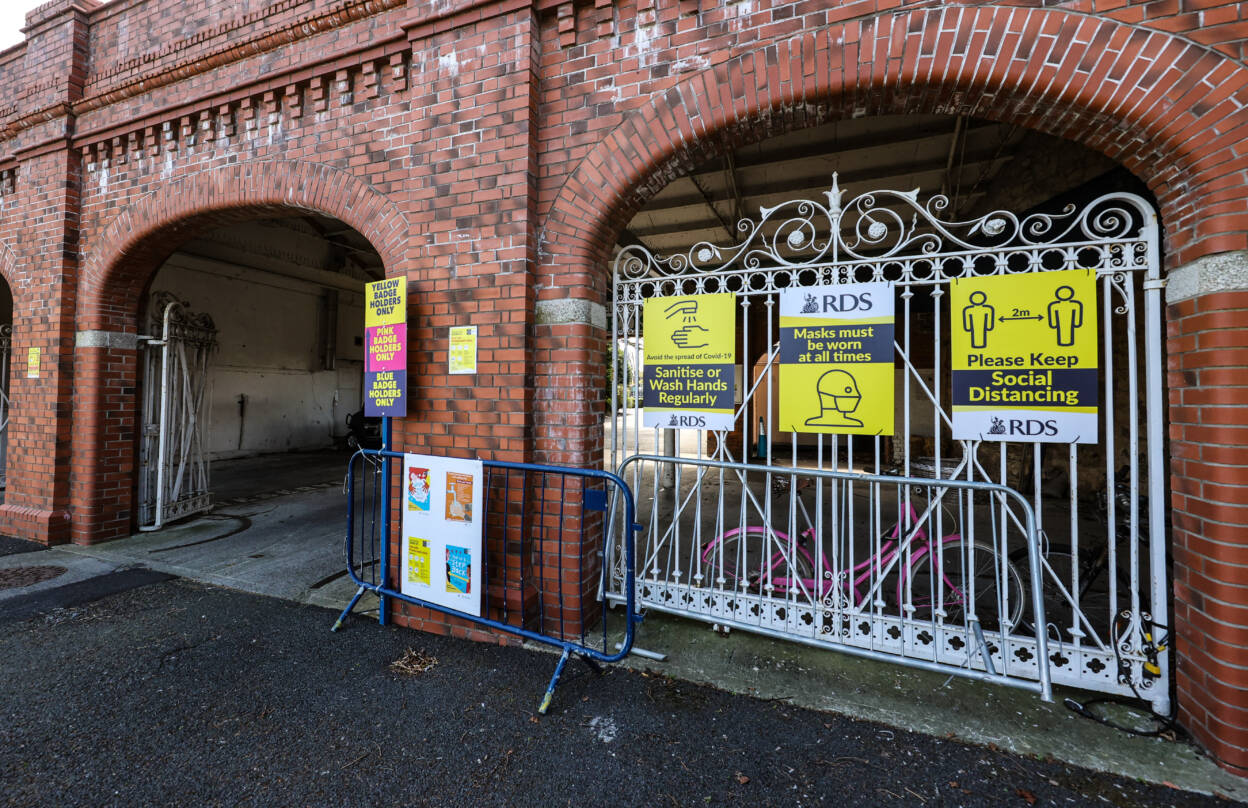 Leinster Rugby Official Members will be offered an opportunity, by ballot, to purchase a pair of tickets and each attending pair of spectators must come from the same household or Covid-19 bubble.

The antigen testing centre would open on match day from 7am, with testing by appointment only through a secure mobile App.

Originating from Germany, the rapid antigen testing system chosen to be deployed is on the EU approved list of antigen tests and can successfully detect Covid-19 and all variants of concern.

The secure mobile App and related testing technologies for this proof of concept event are also approved by the UK Government and will be used for multiple large sporting events in the UK over the coming weeks as the UK further lifts Covid-19 restrictions.

Access to the RDS to attend the match will be on the basis of each spectator receiving a negative antigen test result.

Spectators, who have received a negative result, will be segregated into four separate RDS zones of 500 people.

Each zone will have their own entry and exit points and facilities. Seating will be on the basis of two-metre social distancing between each pair and wearing of face masks will be compulsory.

Any spectator in receipt of a positive antigen result, a Covid-19 PCR test will be organised for them either at the RDS or using the current HSE testing system. That spectator and their companion will not be permitted entry to the match.