Munster’s Chris Cloete has been awarded the Turnover King title for the 2020/21 Guinness PRO14 season in a hotly-contested competition.

The Turnover King title was introduced in 2018 to recognise the player who showed the most skill in winning the ball back for his team in order to encourage attacking play.

Cloete totalled 14 turnovers, a tally which was matched by the Scarlets’ breakthrough flanker, Jac Morgan, however, using the Opta stats the total number of jackal turnovers was used as a tie-breaker.

The Munster openside claimed 12 jackals compared to Morgan’s nine and, remarkably, accrued his total of 14 turnovers in just 508 minutes of play compared to his rival’s 720 minutes.

Dragons front rower Brok Harris has become the latest winner of the Tackle Machine award, boasting an impressive 97.6% success rate for the 2020/21 season.

The award is given to the player who has made 150 tackles or more and set the highest completion percentage.

The 36-year-old South African has been ever-present for his region in this campaign and took the title ahead of Glasgow Warriors’ Thomos Gordon (97.1%), while Cardiff Blues flanker Josh Turnbull (93.5%) managed to break the 200-barrier for total tackles.

Harris also completed another milestone during the campaign, playing his 100th Guinness PRO14 game in December against Cardiff Blues.

Dragons winger Ashton Hewitt has earned the right to be called the Ironman of the 2020/21 Guinness PRO14 season. He clocked up an impressive 1200 minutes of action over 16 rounds.

Hewitt, who scored five tries, topped the charts for Defenders Beaten (52) and came second for Clean Breaks (20), started and finished 15 of the Dragons’ 16 games in the PRO14 during the campaign.

He was a constant threat in the region’s attacking game as he also came in the top 10 for offloads with 11.

Of the trio, Penny scored the most in home fixtures (6) while Coetzee and Wootton both scored more away from home (5).

The first 40 minutes proved the most decisive for all three players with 20 of the 27 tries being scored in the first half – Wootton (8), Coetzee (6) and Penny (6). 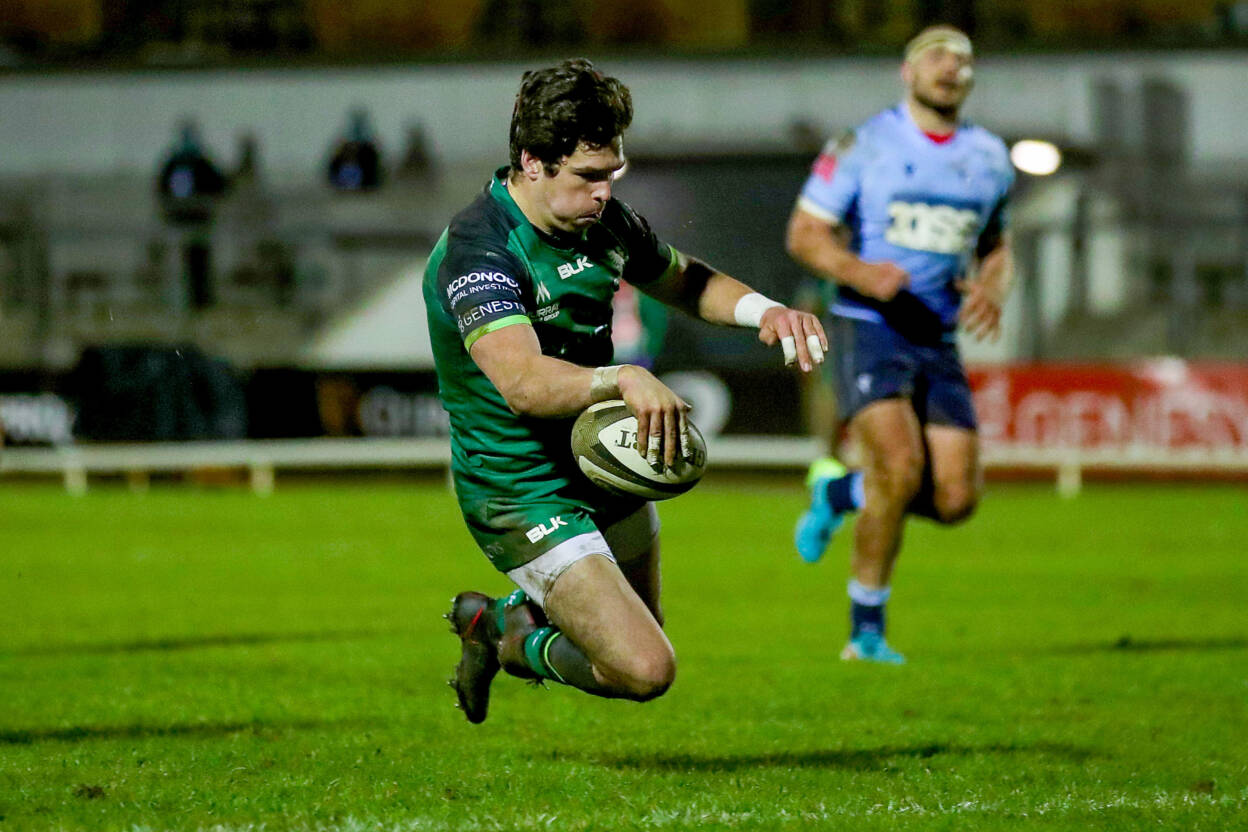