Robert Baloucoune in action for the Ireland 7s

Ulster Rugby today confirmed that four players have signed new contracts to stay with the province.

Two of Ulster’s most exciting and dynamic wing talents – Aaron Sexton and  Robert Baloucoune – have pledged their futures to the province alongside the experienced heads of Ireland international Luke Marshall and lock Alan O’Connor.

Winger Baloucoune, who came through the Ireland Sevens programme, has continually impressed with his agile performances for the Ulstermen which have already earned him a call-up to the Ireland development squad since his debut in October 2018 against the Dragons.

With a return from injury on the horizon, it is not long before fans will once again be able witness the familiar sight of the 23-year-old Enniskillen native’s charge for the try-line.

Of his two-year extension, Baloucoune said: “I’m excited to be part of this Ulster team, and what we can strive to achieve for in the near future. I’d like to thank the coaching staff and physios who have helped me through my long-term injury this season and I can’t wait to be back playing again.”

Ulster head coach Dan McFarland commented: “Rob has been in sensational form for us and has proven himself to be a prolific try-scorer as well as a superb defender. He’s been unlucky with injury this season, but he is not far off making his return which we’re all looking forward to.”

Ballymena-born, Luke Marshall, who has made 144 appearances for Ulster to date, is also set to remain at Kingspan Stadium until at least June 2023. The centre who is known as a combative, strong-running midfielder, has consistently performed for the province since joining the Ulster Academy in 2009. On the announcement of his extension, Marshall, said:

“I am happy to be staying on with Ulster as I feel we are building towards something special – especially with such an exciting young squad. It is a privilege to continue to represent my home province – and since my wife gave birth to our son three months ago, I am hopeful that he will be able to come and watch me play at Kingspan Stadium in the next couple of years.”

McFarland added: “Luke is one of our longest-serving players and brings an excellent ability to read the game and organise defences. I’m delighted that he’s committed to Ulster for a further two seasons, and we look forward to also seeing him back from injury soon.” 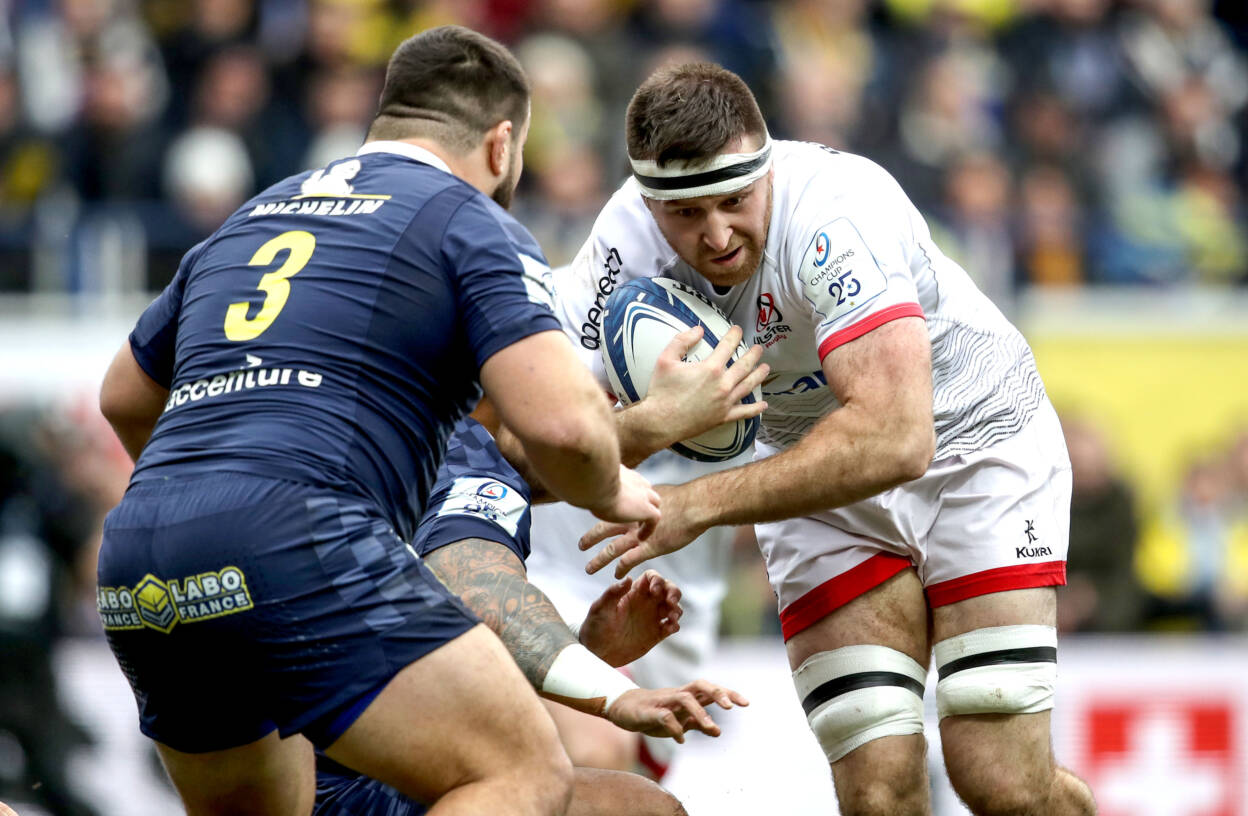 Lock, Alan O’Connor, is known both on and off the pitch for his leadership abilities with the 28-year-old recently captaining the province in the landmark win over Connacht at the Sportsground in December. Speaking of his contract renewal, O’Connor, said:

“I’m delighted to have signed on with Ulster for another two years. I’m really looking forward to continuing this journey with a great group of lads – it’s been a great experience so far. We, as a team, have grown so much over the last couple of years and we will keep growing and improving – to be part of that is very exciting.”

McFarland added: “Al has been a vital member of our squad for some time now. He is a player who epitomises the competitiveness and bite we expect at Ulster. It is because of this he has earned the honour of captaining the team on many occasions.” 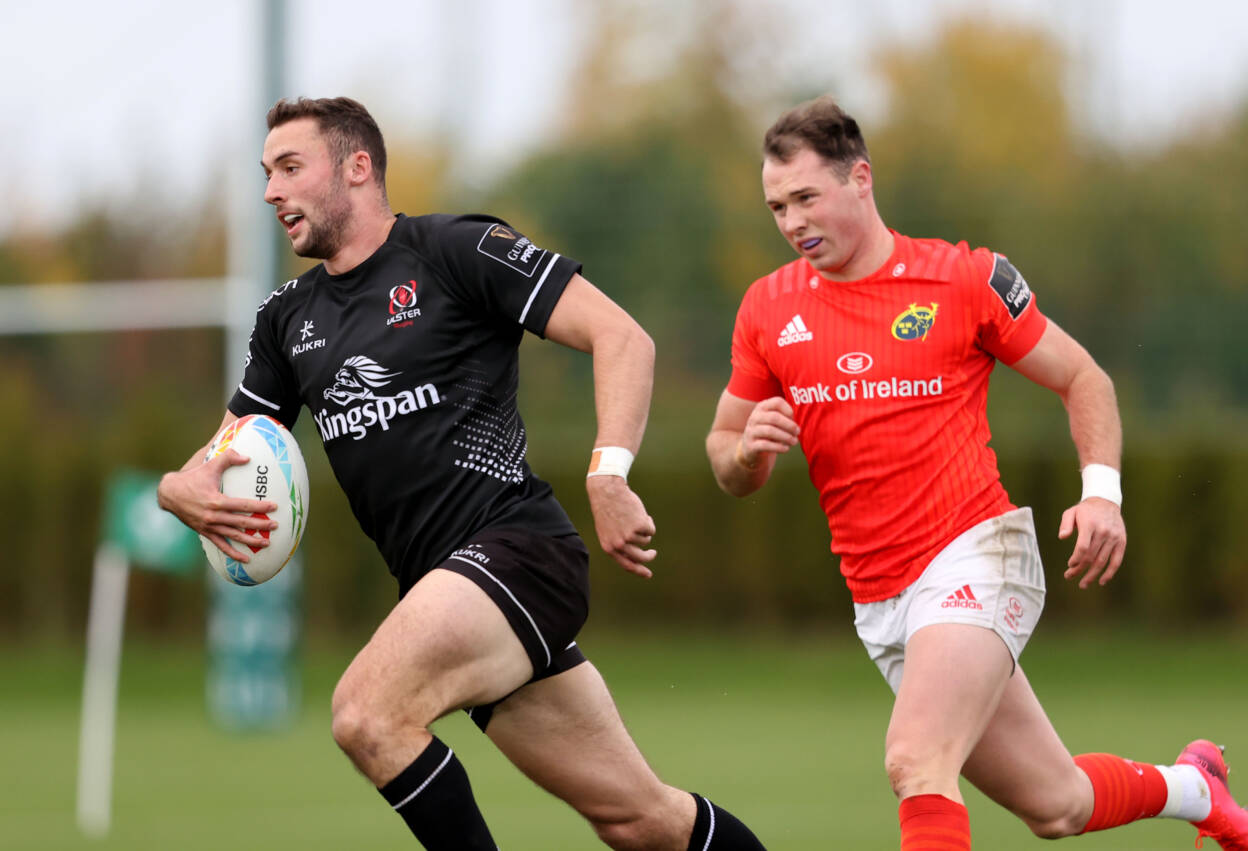 Ulster’s Aaron Sexton in action against Munster during Round 2 of the IRFU Academy 7s. ©INPHO/Dan Sheridan

Completing today’s announcements is 20-year-old Aaron Sexton who, since entering the Ulster Academy system in the summer of 2019, has already made his mark – most recently through his involvement in the win against the Leinster ‘A’ side, which saw Sexton contribute two match-defining tries.

The young player from Bangor will spend one year as a Development player, before being upgraded to a Senior Professional contract for the following season. Of the news, Sexton, said:

“It means a lot to me reaching this next step in my career, and I can’t thank everyone enough who helped get me to where I am. I’m really looking forward to working hard in the months ahead having had my first taste of senior rugby this year.”

On the last of the signings to be announced today, Dan McFarland, said: “Aaron has put in some really encouraging performances for Ulster in recent Inter-provincial ‘A’ games and IRFU Academy Sevens tournaments by demonstrating his next level speed and try-scoring ability. He earned himself an opportunity at senior level against Edinburgh, which we hope is the first of many senior appearances for Aaron in the future.”