Scrum coach John Fogarty believes patience will be required at the Aviva Stadium tomorrow as Ireland aim to return to winning ways in Group A of the Autumn Nations Cup.

They will now seek to finish the group stages of the Nations Cup on a high and potentially set up a second place final encounter with either France or Scotland at the Aviva next weekend.

Speaking from the Captain’s Run earlier today, Fogarty said: “They (Georgia) have built up quite a bit of cohesion over the last couple of games. Us having a controlled start is important.

“We want to start fast, but us having some control in what we’re doing. I know the word calm has been used at different times this week by some of our guys and I think that applies to us in how we start.

“Calm and controlled in those early parts of the game, to make sure we’re putting ourselves on the front foot.”

In terms of the challenge Ireland can expect from the Georgians tomorrow, Fogarty is anticipating the visitors will be abrasive, while also looking towards scrum half Vasil Lobzhanidze to be the fulcrum of their attacking play.

Up front we’re expecting a robust, very physical team. There’s a huge amount of experience in the front row alone but their pack, in how they front up physically, is a challenge in itself.

“The half-backs have lots of experience again and the nine is a real threat as well. It’s a great opportunity for us defensively to make sure we’re nice and strong early in the game. Get ourselves into the game, make sure we don’t let them into the game around their nine.

“Also their kicking game, they’ve contestable kicks. That’s an area again we’ve looked at during the week, to make sure we’re nice and tidy, so we can start nice and strong.”

Nonetheless, as the scrum specialist within the Irish coaching ticket, Fogarty’s principle focus will be on curtailing the influence of the Georgian pack.

As someone with extensive knowledge of the European game through his time as Leinster scrum coach, Fogarty is well aware of the threat they possess from a technical standpoint. 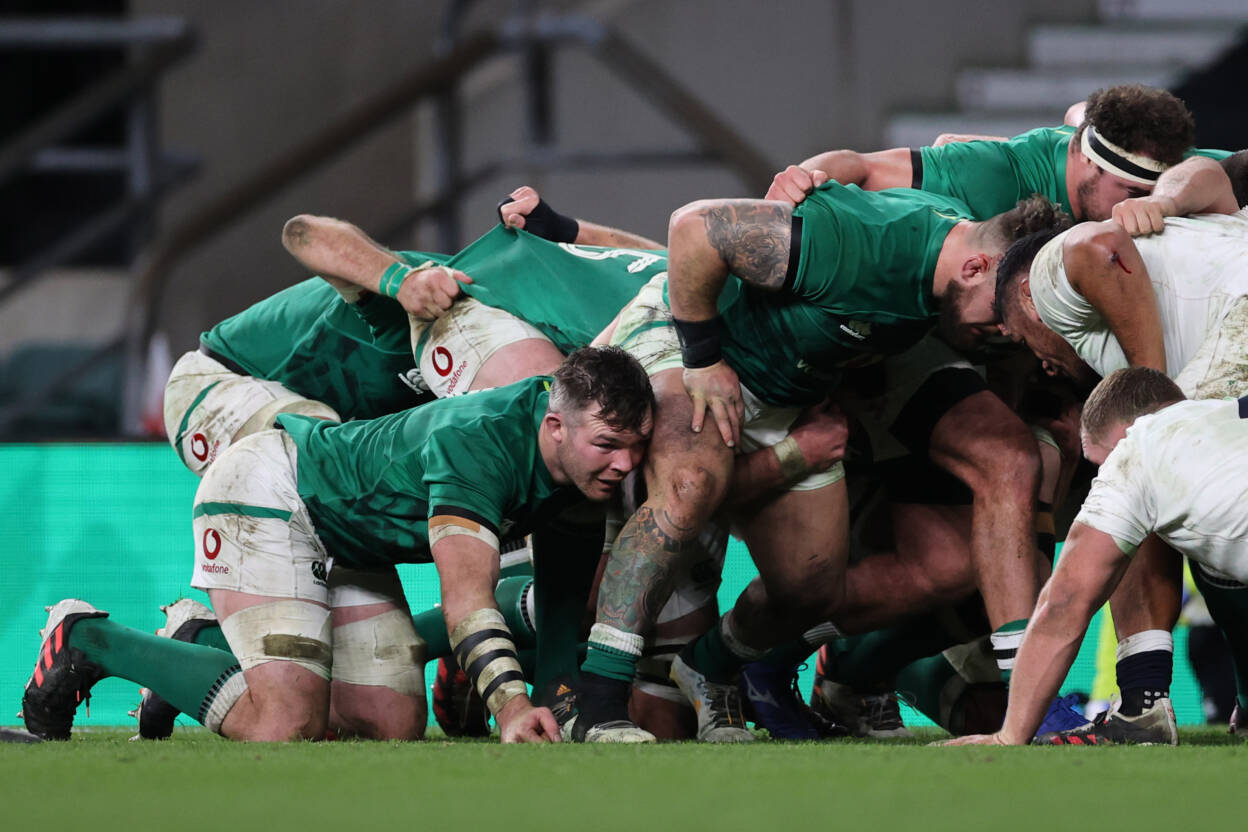 “They’re a cohesive unit at this stage right now and that can be very dangerous. They’ve got lots of power. They’ve been in battles up to now and they fight the whole way through it,” insisted the former Munster, Connacht, Leinster and Ireland hooker.

“If we let them control us on crouch-bind, it can lead to problems. We’re looking to make sure we’re very controlled on those two parts of the scrum.

“There’s lots of experience in there. They’ve played top end rugby. they’re playing in Montpellier, Toulon, etc. We’re expecting a battle up front and we’re prepared for one.

“We’re excited to see what’s going to happen tomorrow. We need to make sure we’re nice and calm all the way through so that we can control things.” 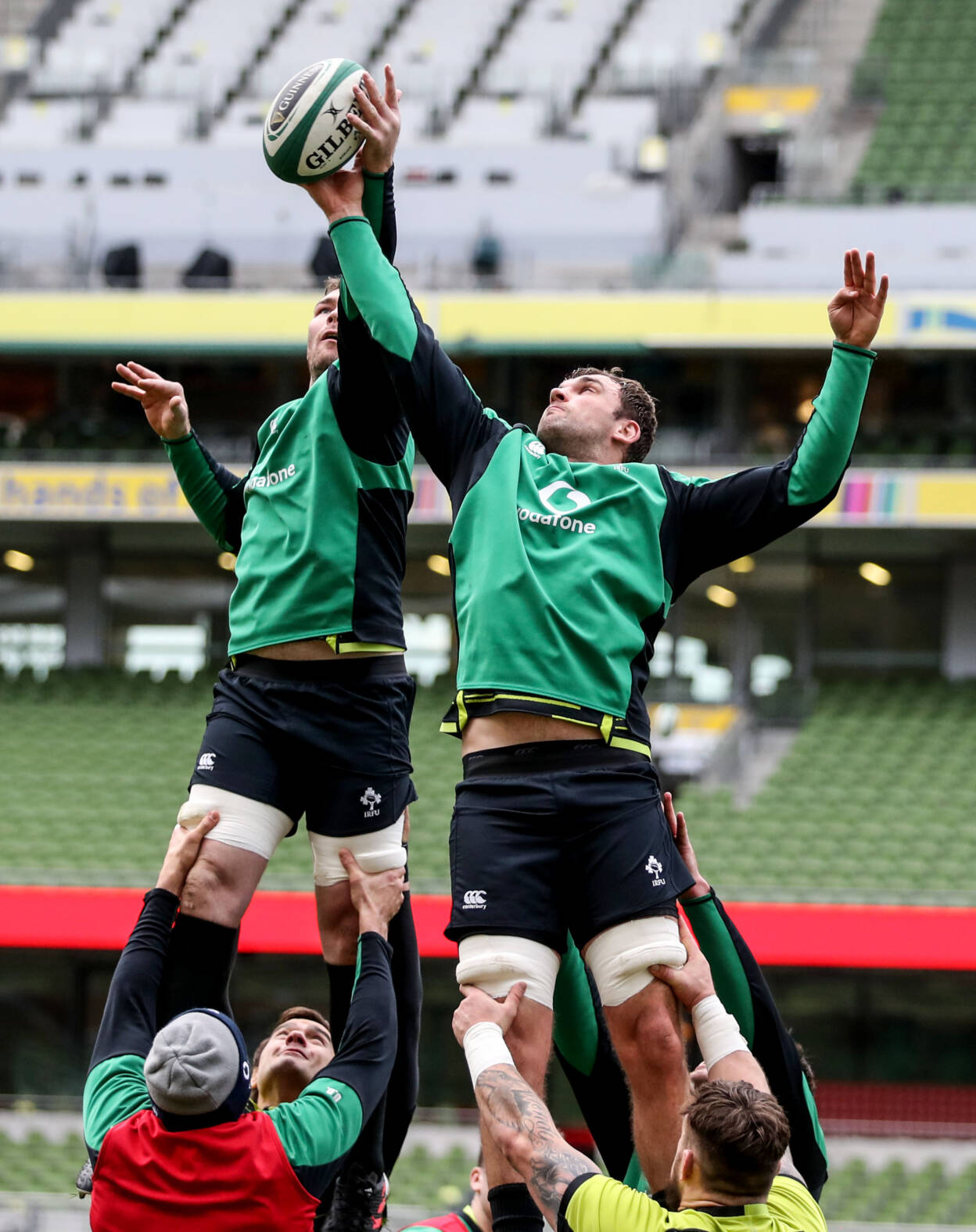 While there were positives to take from last week’s 18-7 loss to England, Fogarty acknowledged there are parts of the game that Ireland need to be better at.

Over the course of the remote press conference, he pinpointed two areas that they have honed in on in the days leading up to this latest Guinness Series clash, adding:

Certainly around our set piece, we want to make sure that we put out a good performance. There were times (against England) when we got a little bit caught up in calling and some of the options.

“We’ve reduced a little bit in terms of options and worked on making sure our drills are really strong, so there’s nice targets for our hookers. With our scrum, we don’t want to creak early.

“We came off the heat a small bit in and around the bind. In and around that area tomorrow, against a really experienced Georgian front row, we want to make sure that we’re in a strong position when it comes to the bind part of the scrum.

“That’s an area again that we looked at to make sure the set is on our terms and so on, and it leads on from there. In and around the drill on our lineout, and around the bind phase in our scrum, they’re the two parts we’ve specifically looked at.

“There’s other pieces in there as well, all along the way. We want to be a cohesive unit, we want to be as eight. A shared mentality in what we’re doing as well.

“Not being distracted. There’s other little pieces in and around there, but they’re the two main areas.”