Forwards coach Simon Easterby says that Ireland will target a strong first quarter at the Stade de France tomorrow as they bid for Guinness Six Nations glory on ‘Super Saturday’.

Despite losing out to England in their final game before lockdown, last weekend’s 50-17 bonus point win over Italy has given Ireland a realistic chance of coming away with the Championship crown.

Another victory will be required against a French team that are still in the running for top spot themselves, and the full five points might be needed by Andy Farrell’s men – depending on how England get on against Italy earlier in the day.

In Ireland’s 24-12 defeat to England at Twickenham back in February, the concession of an early try to George Ford left Farrell’s charges under initial pressure.

Conversely, a CJ Stander score – and two kicks from captain Jonathan Sexton – ensured Ireland were in the driving seat by the time the Aviva Stadium clock had reached 20 minutes last Saturday.

Speaking from the team’s base in Paris today, Easterby said: “I think that has been something that we’ve certainly reviewed during lockdown as coaches. How we can start the games with more impact and not allow the opposition to get into their stride.

“The French, once they get momentum, they become a very difficult team to deal with. It’s certainly an area that we have focused on for not just the French, but for other teams in recent history where we haven’t started the game as well as we should have done.

We have to make sure that we’re prepared right and that means making good decisions at early stages of the game so that we’re not chasing things early on. That we’re getting on the front foot.

“There will be times when we play a certain way and there’s other times when we have to adapt and be able to play a slightly different way.

“On the flip side of that, how many teams lose having not done well in the first 20 minutes. It’s crucial that we get that good start.”

A powerful opening might well set Ireland on their way to the bonus point that would secure their Six Nations title for a fourth time in just seven years.

However, Easterby stressed their pre-game focus will be on securing a win, rather than being overly concerned with the amount of tries scored or the margin of victory.

“If you go chasing things, often that can be a distraction. We must start the game well, we must take opportunities when they arise. Sometimes we might go for the corner.

“If we get opportunities other times, we may kick at the goals and try to build a score. I don’t think coming to Paris and getting a win is something that Irish teams have had huge success in over the last 20 years.

“We have to focus on winning the game first and then after that we reassess, probably at half-time and as the game’s going. The players have full licence to make good decisions on the pitch at the right times. Johnny (Sexton) and the other leaders will do that as they see fit.” 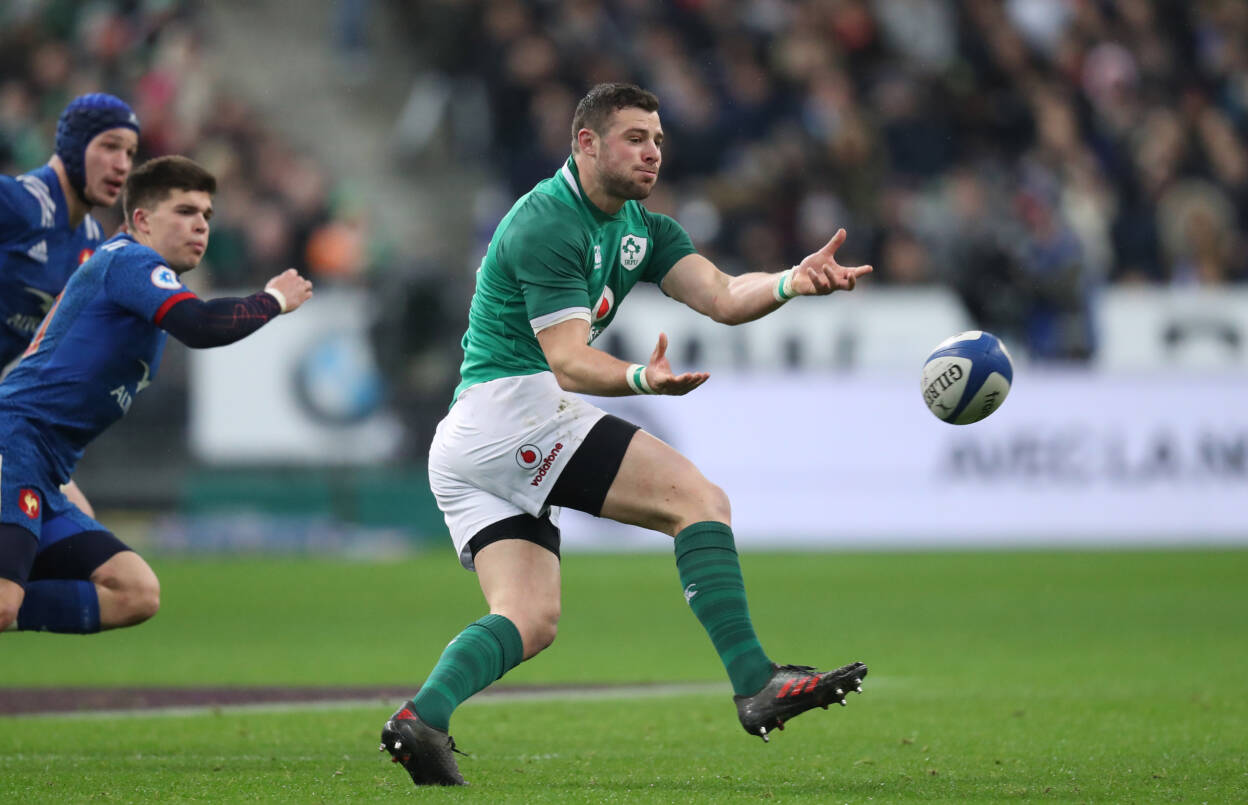 While he has been involved in two of Ireland’s most memorable away victories over the French, the Stade de France is not the most happy of hunting grounds for Easterby.

On just his third international appearance, the Yorkshire-born flanker played the full 80 minutes as Ireland pulled off an unforgettable 27-25 victory during the inaugural Six Nations season in 2000.

That was the day that a certain Brian O’Driscoll announced himself on the world stage, grabbing a superb hat-trick of tries to compliment a succession of place-kicks by Ronan O’Gara and David Humphreys.

Following this success, Easterby suffered four straight defeats in the Saint-Denis venue – including a pool loss at the 2007 Rugby World Cup.

As a coach he was on board for Ireland’s dramatic last-gasp triumph in the Grand Slam year of 2018, but just two years earlier they fell to an agonising 10-9 defeat in his second Six Nations campaign as part of Joe Schmidt’s coaching team.

Of course, it will be much different for him on this occasion with no spectators permitted to attend this mouthwatering final round contest.

For those who have never played in the stadium before – the likes of young guns Hugo Keenan, Caelan Doris and Will Connors being obvious examples – it will be an even more peculiar experience.

“The crowd would have been unique for some players to experience, but I guess that’s going to be the bit that’s unique. There are players that have been there in the past and have won,” explained Easterby.

“It’s clearly an impressive place. When we arrived there today, players who haven’t been there before took it all in, but there shouldn’t be a fear factor of going there because a lot of them haven’t had those experiences that I might have had as a player at certain times.

“I think it just presents a cracking opportunity for us tomorrow to go and express ourselves and win a game of rugby.

“It has taken seven or eight months to get to this point for us, but after the performance last week and the work that the players have put in this week to get ourselves into this position, I can’t wait to see them go out and perform tomorrow.”

One man who Easterby anticipates will be leading from the front tomorrow night is Leinster lock James Ryan. Set to pick up his 28th cap, the towering Ryan had been withdrawn by the time Sexton landed that famous drop goal two years ago. 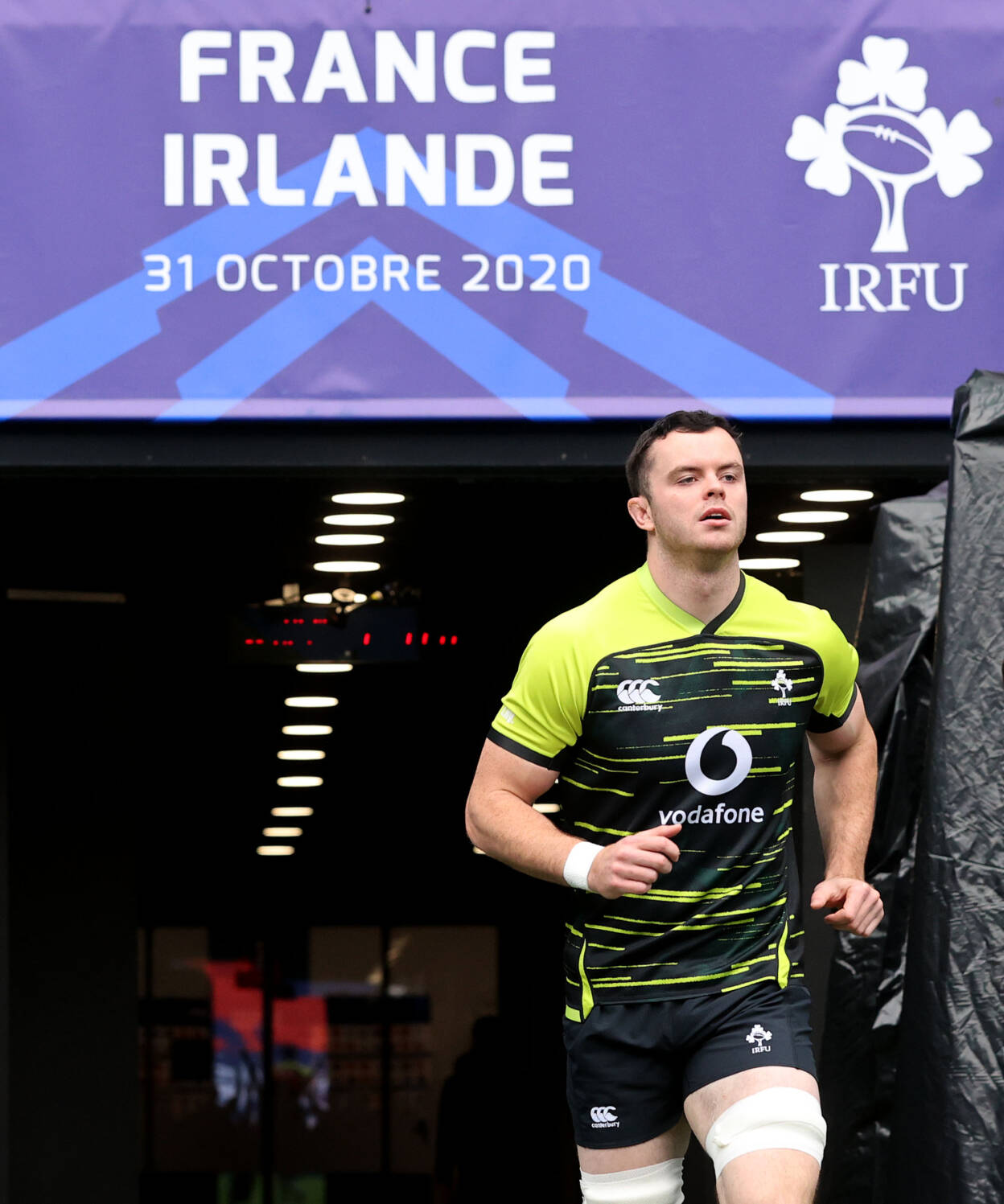 The former Ireland Under-20 captain has continued to blossom since then and although he only turned 24 during the summer, Easterby views Ryan as one of the main standard bearers within the current squad.

“He sets incredibly high standards for himself and for others…the big games where he has come off the pitch and won, and still been hugely disappointed in some aspects of the game.

“He’s developed himself into becoming a really strong, integral part of our team as a leader. Both in what he says but also, more importantly, in what he does. I think that’s a compliment to James.

“All the players, they want to follow him in everything he does. He has taken on responsibility, both with Leinster and with us and he has taken it in his stride. There’s not many places that he’d fear going to.

“I think that’s the mark of the man himself. He’s a young man in age, but in terms of what he’s able to deliver at a young age, he’s certainly going in the right direction.”