Ahead of their return to Six Nations action against Italy tonight, Ireland Women’s head coach Adam Griggs has said his side need to be wary of the new breakdown laws introduced by World Rugby.

In recent times, the ‘jackal’ style stripping of the ball has been identified as the potential cause of a large number of injuries – particularly in the back and neck areas.

As a result, there is a new rule that limits the number of players who can compete for the ball at the ruck. Following the recommendations put forward by a specialist breakdown working group – comprised of international coaches, players, medical, law and research experts – it was subsequently approved and brought into force from July 1 onwards.

Considering his charges have been largely idle since the end of February, Griggs has been forced to zone in on this aspect of the game during recent training camps at the IRFU’s High Performance Centre.

“We’ve got the new breakdown laws that we’ve had to have a focus on, to make sure that we don’t give teams easy piggy-backs on the field,” he explained.

“That’s certainly one area of focus. I wouldn’t necessarily say it has been anything too direct. It’s more just fine-tuning what we’ve done in the last couple of games that we had, but albeit six months ago.

The thing for me and with this group, we try and simplify things and do them at 100%. We’ve spoken this week about having quality execution in everything that we do. It’s not necessarily just scoring tries, but it’s the smaller detail about the breakdown. Even in terms of our handling and getting on the front foot. Using momentum in the game.

“That’s something for us as a team that we’re always striving to be a bit better at. Not just fall into a trap of, ‘we said we’d do this, so we’re going to continue doing it’. It’s probably the biggest thing we’ve pushed over the last month.

“That decision making and trying to actually play what’s in front of you and what the defensive picture gives you. Rather than sticking to any set plan. From my point of view in coaching, you’ve got to empower the players to do that.” 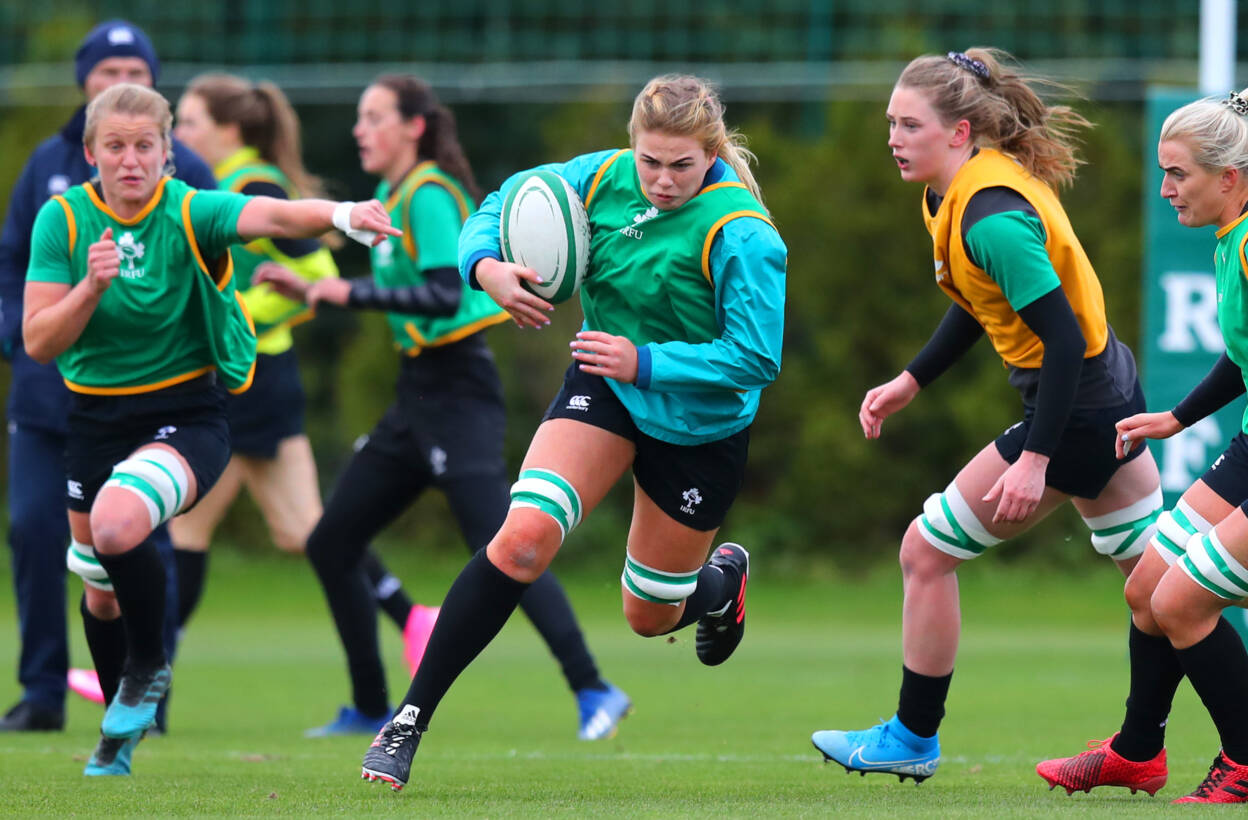 After such a lengthy absence, it would be understandable if there was a degree of rustiness to Ireland’s play when they cross the white line on Energia Park’s pristine all-weather surface in search of a third successive home victory.

Griggs accepts that patience will have to be a virtue for his troops, even if their Italian counterparts are in much the same boat from an international context.

You have to balance it out, don’t you? We’ve strived for it in training lately. What I would expect is some of the things that we’ve already ticked off, that we have been executing in training. While it will be a different pressure, and a different environment, we’d expect to see those things come to fruition.

“As I said, a Test match will throw up different scenarios and different pictures that we wouldn’t have trained for. That’s probably where we’ll be looking at some of the learnings and probably be a bit more patient with them to move forward with it. It is a balance there, but these players are very driven.

“It’s just making sure when we go back and if there are mistakes, separating that decision and the execution from what they were actually trying to do.”

Alhough he has to take a general overview of his squad, as a former scrum half himself, Griggs had taken special interest in the development of Ireland number nine Kathryn Dane.

The Enniskillen youngster has been named alongside Hannah Tyrrell for her seventh Six Nations start in a row, having initially made her debut off the bench during a Championship opener against England in February 2019.

Despite the presence of Ailsa Hughes, Nicole Cronin and 2013 Grand Slam winner Larissa Muldoon, who can operate in both half-back positions, in the current squad, she is the clear choice for Griggs and his fellow coaches at the moment. 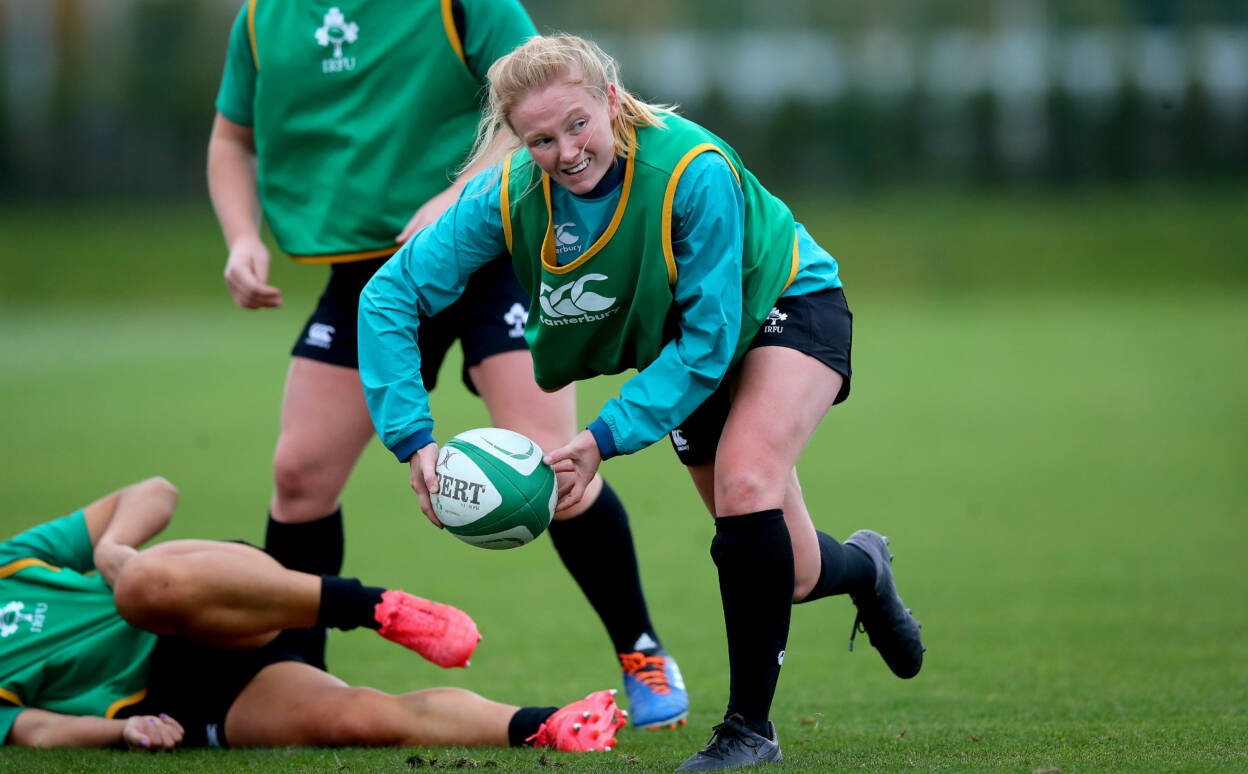 “I really enjoy the way Kathryn is playing and she’s getting better and better at the way she reads the game. If you look at when she first came in, she started on the bench and she performed quite well in those games.

“Now she’s got that number nine jersey over the last six months in her hands. Again, what I think she is, is a student of the game. She’s forever sending footage and clips to myself and we’re discussing those things. I guess from my point, being a former nine, I understand what she’s trying to do and trying to look over.

“Having those discussions with her is invaluable to make sure she keeps learning and keeps understanding. She is becoming quite a core of that role at the moment and we’re excited to see her go.”

For coaches, players and supporters alike, it was difficult seeing rugby – and sport in general – brought to a halt for several months. It has been an even longer wait for Ireland’s national teams, but today will finally see both resuming their respective Six Nations campaigns.

Griggs has had to contend with a number of issues in the build-up to their delayed round four fixture, including the Covid-related withdrawal of Eimear Considine and Laura Feely from his matchday squad.

Still, the New Zealander is looking at the bright side of returning to competitive action, something that may not have seemed likely just a few short months back.

“It has been a frustrating seven months, to be honest. We’re just grateful that we get to pull on the jersey this weekend and actually get out and play. The message from us is really, finally this weekend we can actually take control of what’s happening.

“Because like everyone, you sit in limbo for so long it becomes very frustrating and daunting. The message this week is, we actually have a chance to take control and that’s what we’ll focus on. Going out and actually performing well on Saturday night.”