Lyttle was named Player of the Match against Edinburgh last weekend. ©INPHO/Ian Rutherford

Amid the drama of Ian Madigan‘s heroics off the tee, it was easy to forget the dazzling, virtuoso try scored by Rob Lyttle that ultimately kick-started Ulster’s second-half fightback against Edinburgh last weekend and sparked Dan McFarland‘s side into life at BT Murrayfield.

With the game, and a place in the Guinness PRO14 Final, slipping away from Ulster as they fell two tries behind, the northern province needed something special to get them back into the contest and Lyttle’s magic footwork and excellent finish provided exactly that, following slick link-up play between Marcell Coetzee and Stuart McCloskey.

It was Lyttle’s third try of an injury-disrupted season and the sight of the 23-year-old winger dancing in off the right to dash for the line was another exciting glimpse of his talent, and a memorable moment for Lyttle himself after a frustrating period.

Injury setbacks have stymied the Ulster Academy product’s progress in senior rugby and having been sidelined since last December, he was chomping at the bit to get back in the white jersey once the PRO14 season resumed. He played the full 80 minutes against Leinster at the Aviva Stadium a fortnight ago and retained his place in the Ulster back three for the trip to Edinburgh, more than justifying his selection with that crucial second-half try alone. He was also named Guinness Player of the Match for his performance.

“It has been tough,” Lyttle says of his injury struggles. “You get going, you finally feel like you’re part of a team and it looks like you’re playing every week and you’re going well, and then you get a setback, it’s tough to take. The highs from the weekend against Edinburgh there, they’d always outweigh the lows, so when a tough time comes along you think about when times were better and that spurs you on to come back and get fit.

“I feel I’ve definitely developed a lot as a player, my defence certainly. I’ve talked about how that’s a lot down to Jared [Payne]. I’ve played with Jared and he was a great help then as he is now as a coach. I feel a lot more comfortable on the ball and certainly more comfortable in defence. I felt very stressed before, but now I just feel good.” 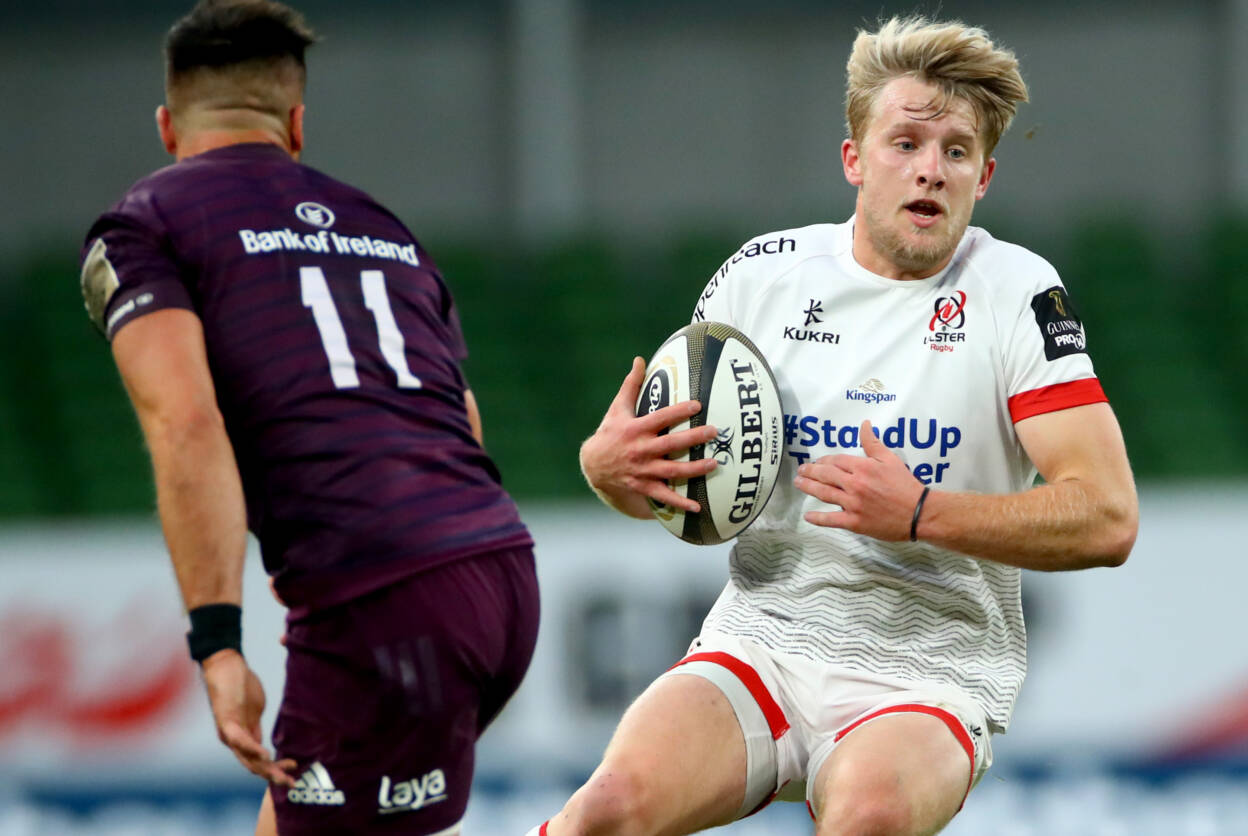 Working on his defensive work alongside former Ireland and Ulster centre Payne has boosted Lyttle’s confidence.

He explains: “When you’re not the biggest bloke on the pitch then you need to make sure you’re in the right position all the time or you can very easily get caught out or run over the top of by big guys. The thing I’ve been working on with Jared is my positioning, not giving those easy one-on-one chances because whenever you’re smaller, those one-on-ones are a lot more difficult to make. So my positioning has been massive and Jared has helped me with that. As I became more relaxed and comfortable I realised it was just a game at the end of the day and I’m just enjoying myself and my rugby.”

Primed to be again involved in McFarland’s matchday 23 for Saturday’s PRO14 Final against Leinster at the Aviva Stadium (Kick-off 7.35pm, live on eir Sport 1/Premier Sport 1/TG4), Lyttle is preparing for the biggest game in his young career, as Ulster bid to end their 14-year wait for silverware.

“You know what you’re going to get when you play Leinster, they’re the best team in the league for a reason,” Lyttle continues.

“It’s no different than what our task was then so we need to be at our best because we obviously weren’t that day. If we bring our best and we don’t get the result then so be it, but if we put out our best performance then I don’t see why we can’t be there or thereabouts.”

And do you dream about winning a trophy with your native province?

Lyttle smiles: “I’ve probably been thinking about that since I made my debut for Ulster, to be honest, so it’s not something I’m going to start thinking about just this week. It’s obviously very exciting, the prospect of potentially lifting the PRO14, and it’s definitely something that’ll spur me on to give the best to the team.”