With consistency in performance and fitness, the presence of Tadhg Furlong in both the blue and green jersey in recent seasons has limited the starting opportunities for those behind him in the tighthead pecking order, including Andrew Porter.

24-year-old Porter has been able to build up a huge wealth of experience at such an early age in his career, with the prop having already accumulated 64 appearances for Leinster and a further 26 Test caps for Ireland, and he has relished the chance to step into the breach in Furlong’s absence in recent weeks.

Furlong’s back injury has prevented him from featuring for Leo Cullen’s side since the resumption of the season, presenting Porter with a window to get a run of games in the number three jersey, having started both of the recent Guinness PRO14 victories over Munster, including last Friday’s semi-final triumph.

The Ireland international is eyeing up another big opportunity this Saturday as Leinster prepare to face Ulster in the PRO14 final at the Aviva Stadium (Kick-off 7.35pm, live on eir Sport/Premier Sport/TG4) and this season, Porter has made more starts [8] for the province than in any of his previous four at senior level.

“It’s obviously a big opportunity for myself and I’m just trying to really nail my basics, trying to do my job and getting to my flow again,” he says. “After such a long time, I almost forgot to scrum having not been able to do it.

“It’s definitely different in terms of being able to showcase my own abilities. It’s also about building those game minutes and getting that fitness back again. That will really stand to me, hopefully, during the course of the season now.”

In terms of his own performances since the restart, Porter admits he has yet to hit his best as he gets back ‘into my flow again’ but coming up against former team-mates Jack McGrath and Eric O’Sullivan this weekend is a challenge he is relishing. 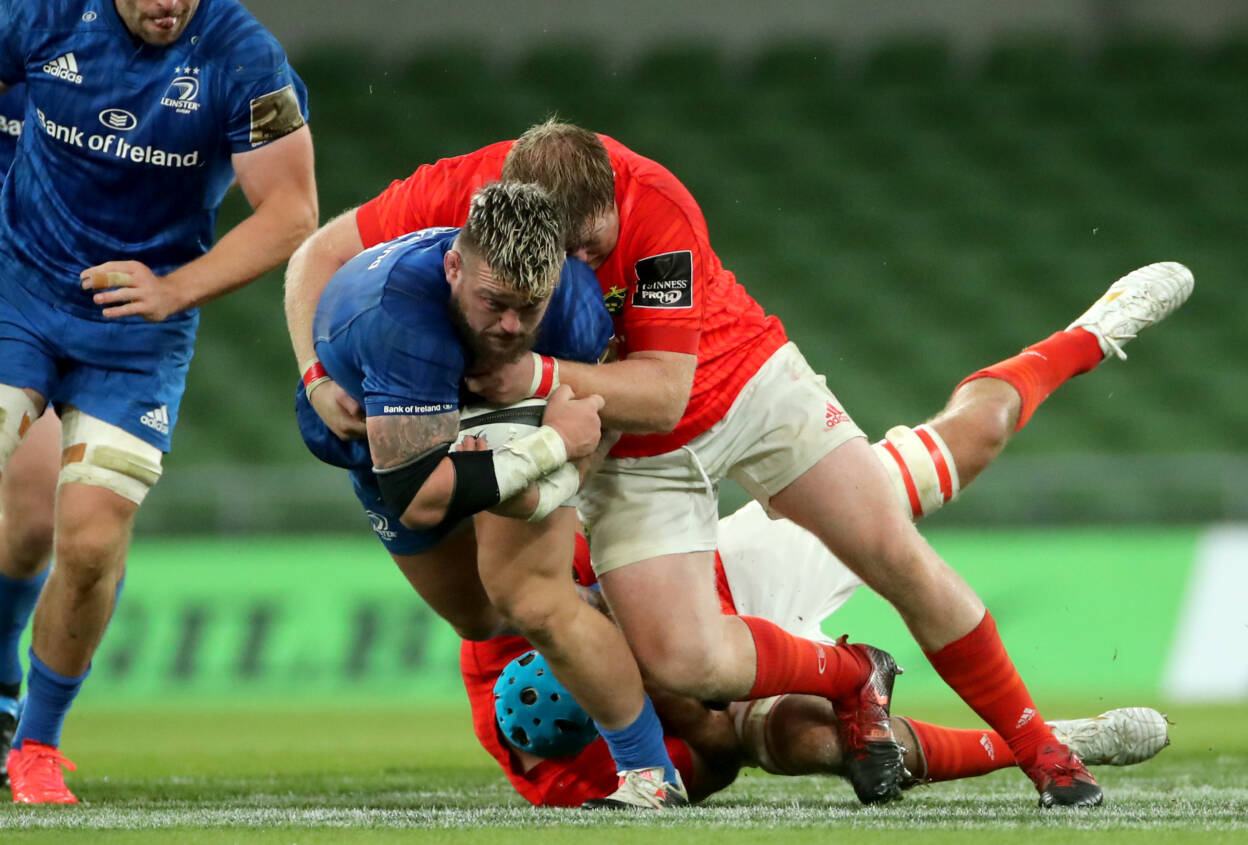 “As a tighthead, you’re expected to scrum first and then let everything else fall into place. I’m feeling good around the park, getting those good minutes under my belt. That’s important after such a long time out because you can’t really replicate that kind of match fitness in training.

“I would have played with Eric at Leinster under-20s when I was a loosehead myself as well. I’ve scrummed against him a few times. I know Jack from scrumming against him in training and playing with him. They’re definitely two very good looseheads and I’ll have to be on my best game coming up against them. Ulster have a great pack and a strong pack, so we will have to play to our best standards.”

Having already enjoyed huge success with Leinster and Ireland during the early years of his professional career, including a Grand Slam win and Heineken Champions Cup glory, Porter is motivated to help Leinster to further honours as they look to close out an unbeaten season with another PRO14-European double.

Cullen’s side, appearing in their third straight PRO14 decider and currently unbeaten this campaign, are strong favourites to lift the silverware on Saturday evening but Porter and his team-mates are well aware of the threats Ulster pose, and know their unbeaten form up until this point will mean nothing if they don’t finish the job.

“Obviously we know we have another few gears left in us in terms of where we left off before all the Covid restrictions came in,” he adds. “We’re still looking to play to our best standards and looking to get a bit more out of ourselves.

“That’s something we’re big on and we’re not getting complacent with ourselves. The whole season will mean nothing if we don’t turn up this weekend. It doesn’t matter if you’re unbeaten. Now is the only time that counts to go unbeaten – in finals rugby. This is when we need to start really playing to the best of our ability and really turning out a big performance this weekend.”