As a towering World Cup-winner, the services of RG Snyman were no doubt in high demand following his exploits with the Springboks in Japan, but the second row was only interested in advancing his career under the guidance of compatriot Johann van Graan at Munster.

The arrival of Snyman, alongside fellow Springbok Damian de Allende, has generated huge excitement among Munster supporters in recent weeks and the 25-year-old could make his debut appearance in red when the province’s Guinness PRO14 season resumes against Leinster at the Aviva Stadium on 22nd August.

At 6ft 9ins and weighing in at nearly 120kg, Snyman is an imposing figure and his physicality, coupled with an eye-catching skillset, makes him a notable addition to the Munster squad ahead of the restart and the 2020/21 campaign, as van Graan’s side look to push on and challenge for silverware on two fronts in the PRO14 and Heineken Champions Cup.

Speaking to the Irish media for the first time since his arrival in Ireland during lockdown, Snyman said: “First of all, it’s a very tradition-rich club and mainly the biggest reason I came here was because of coach Johann.

“I haven’t worked under him that much before, even though I know him a long time. But I do know that he’s a quality coach. Speaking to anyone that has ever worked with him, it’s only positive [things that they say]. I really enjoyed my time in Japan. From a career perspective, I thought it was a better move to come over to Munster and work under coach Johann to keep moving forward and keep improving.

“I still think I need to work on the smaller details from a technical side and working under him is great for that because he is very technical and his off-field work is very detailed.” 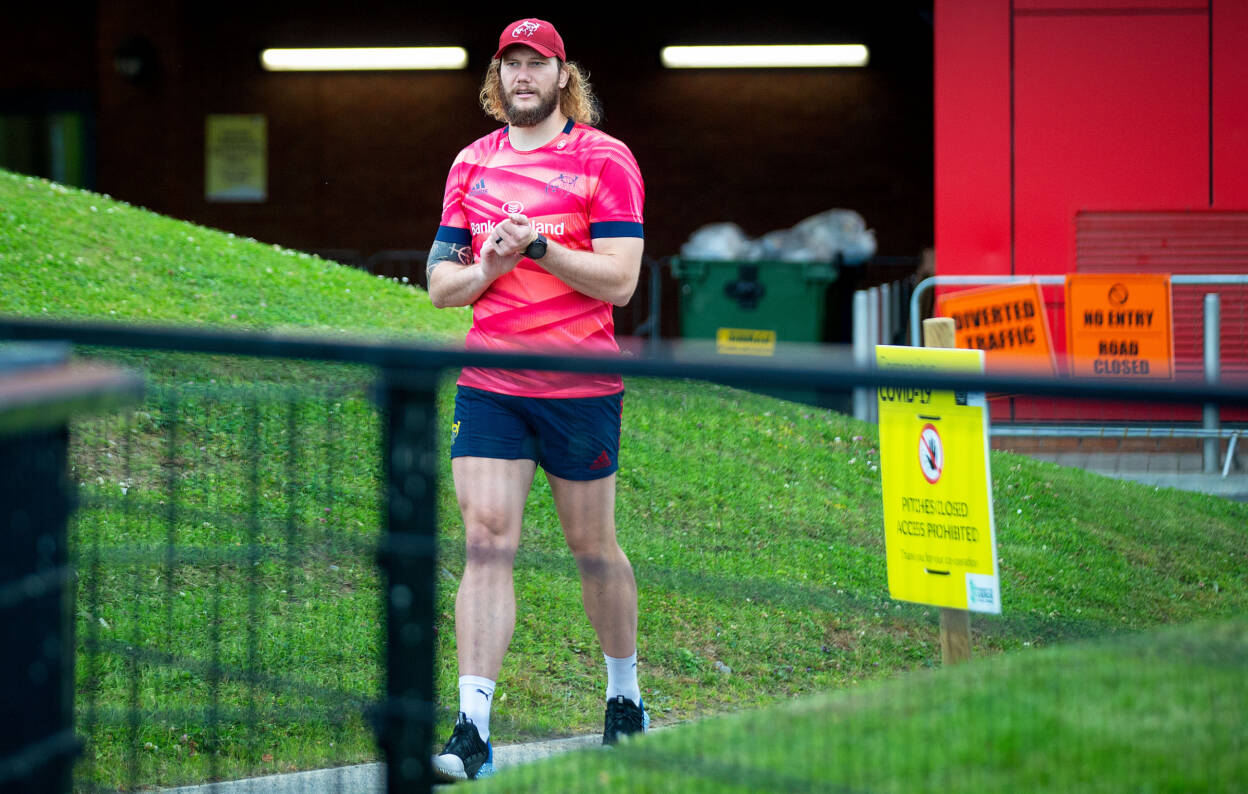 Snyman has been settling into life in Limerick in recent weeks and acclimatising on the training pitch with his new team-mates as Munster build towards the back-to-back PRO14 Inter-provincial derbies later this month.

Having spent three seasons in Japan’s Top League in Honda Heat, and featured in Super Rugby for the Bulls in 2017, 2018 and 2019, Snyman admits he’ll need to re-adjust to the northern hemisphere game as he bids to make a big impression for the province.

“The rugby here is a little more physical so I’m looking forward to that,” he continued. “And also broadening my game a little in terms of set-piece.

“The weather will play a big part in games. In the last couple of weeks, the weather has turned a little bit and it’s not as easy to hold onto the ball as it might be in South Africa or Japan. So I will have to adapt a little bit but it should be okay, I can adapt.”

As well as getting up to speed on the pitch, Snyman and his wife have been able to explore their new home, including the world-famous Cliffs of Moher.

“We have mainly seen the places around Limerick and we went to Dublin for a few days,” he added. “I’ve actually seen the Aviva Stadium as well so it’s nice to see where we’re going later this month.”