Leinster Head Coach Leo Cullen has described the excitement and competition among the playing group as the province’s senior squad begin their second week of pre-season training under the IRFU’s phased Return To Rugby Roadmap.

In preparation for the proposed Guinness PRO14 Inter-Provincial fixtures on 22/23 August, Leinster resumed group training at their High Performance Centre in UCD last Monday and will now build their fitness and cohesion levels by working in small training groups during the initial phases of pre-season.

Following the EPCR’s announcement of dates for the conclusion of the 2019/20 Heineken Champions Cup season, coupled with the schedule in place for the remainder of the PRO14 campaign, there is now a clearer picture for the provinces to work towards and Cullen said the Leinster players are chomping at the bit to pull on the blue jersey again.

Speaking to the club’s season ticket holders on an online Town Hall event alongside Leinster CEO Mick Dawson, Cullen said: “We have a nice competitive group at the moment and everyone is chomping at the bit to get back. You can see the level of competition in the first couple of days back within the group so hopefully guys will be in good shape for the resumption of the season and rolling into the following season. We want to make sure we take baby steps to get back to that point so we’ll be working carefully through the phases.”

The three-month suspension of rugby due to the COVID-19 pandemic has allowed a number of Leinster’s long-term injury absentees, including Dan Leavy and Jack Conan, as well as the likes of Garry Ringrose, Cian Healy and Conor O’Brien to work through their respective rehab programmes without the pressures of a specific return to fitness timeline as would normally be the case during the business end of the campaign.

Cullen admitted the return of those aforementioned players has been a positive to come out of this period, with the Leinster Head Coach adding: “You have to take the positives out of any situation you find yourself in.

You talk about some of the injured guys, it’s hugely positive for them to have that time where they’re not under the pressure of getting ready for a specific timeline because there’s always a big game to get ready for. The contact with our backroom team in terms of rehab and the new ways of communicating through MS Teams or Zoom, there is that level of access to people, even if it is in a very different form. Those players are working away and getting closer day by day.”

Currently unbeaten through the 2019/20 campaign, Leinster – who recently announced 28 contract extensions and the graduation of five Academy players into their senior squad for next term – are already guaranteed of a place in a PRO14 semi-final as part of the competition’s revised format, while the eastern province will face Saracens in their Champions Cup quarter-final on the weekend of 18/19/20 September, as announced by EPCR last week. 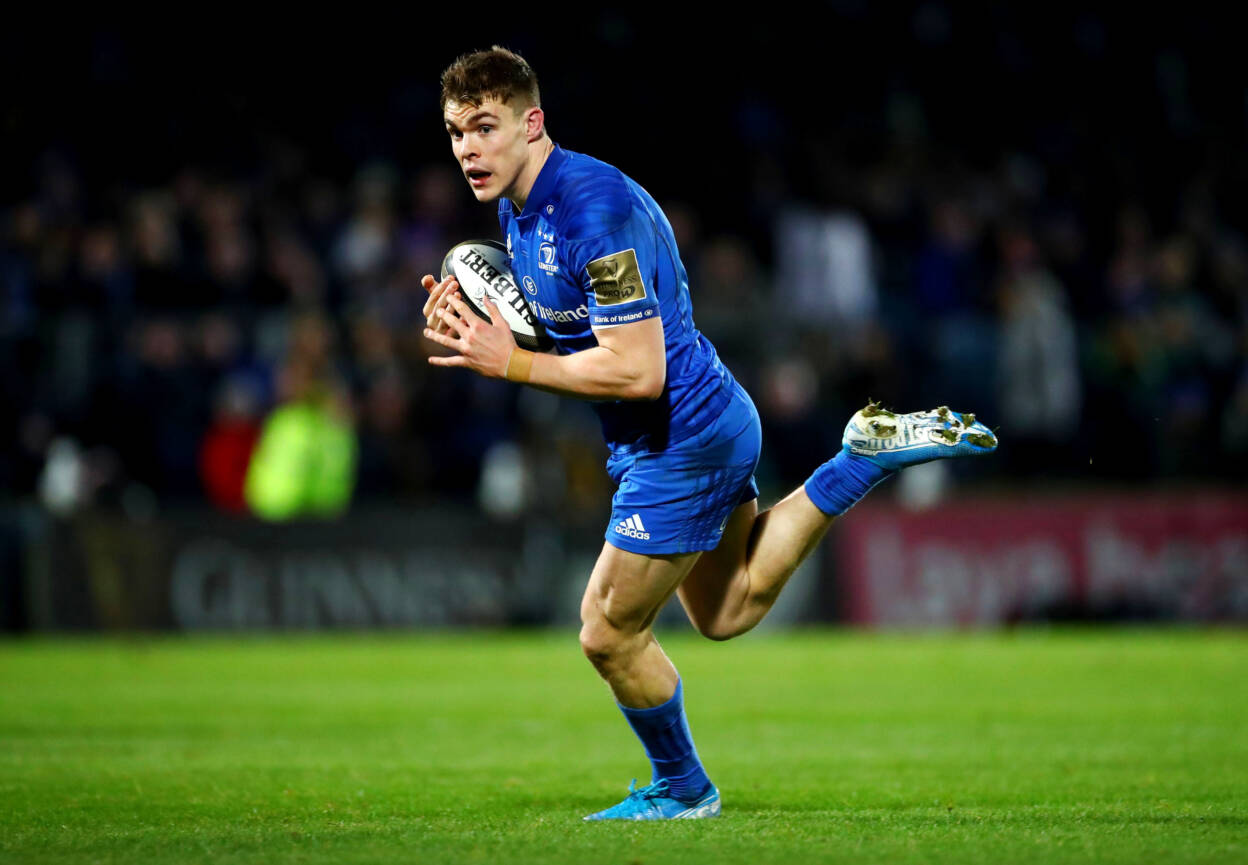 Commenting on Leinster’s financial situation through this period, CEO Dawson took the opportunity to offer his sincere thanks to the province’s commercial partners who have shown unwavering support over the last three months, while providing further details on the new Official Membership scheme taking the place of the Season Ticket option for the 2020/21 season.

“Our financial model is predicated on people going through the turnstiles and we’ve been lucky in Leinster that people have generated huge support which has helped maintain our financial stability,” Dawson explained. “The two big games in the Aviva [each season] are crucial to what we do and that’s why we’re able to keep a big squad and keep a squad that is competitive.

“The decision not to sell season tickets this year was a huge decision because it’s a huge cash in-flow which gives you confidence to take you through the season. What we did was form the Official Membership. It works well for us in the sense that for a relatively small fee, supporters are able to contribute to us at a time when we’re struggling but secondly I think it works well for supporters because when we do have graduated return to crowds, we’re not going to be able to fit all of our season ticket holders into the stadia, so what we would hope is our members would get priority access to tickets for all our matches.

“We’re all now part of something and I think that’s what we’re all trying to do, we all want to be part of Leinster Rugby. We’ll try and make this work for everybody and our commercial staff have worked very hard with our sponsors who have been fantastically supportive through this period.”

Furthermore, and in response to a number of questions from season ticket holders on the subject of crowds being permitted into stadia, Dawson said Leinster are exploring the possibility of playing their home games at the Aviva Stadium in the short-term should Government health advice permit reduced capacity crowds.

“We have an agreement with the RDS to play so many matches a year in the RDS, and if you spoke to the players, coaches and supporters, the RDS has been very good to us and it’s been good for the RDS as well and people like playing there,” Dawson continued.

“Obviously, in these particular circumstances it makes sense in the initial stages to go to the Aviva. There’s a good chance we could play five matches in a row in the Aviva at the start of the season. From a health and safety point of view, it’s easier to lock down. It’s easier to make sure it’s secure so it’s a better option at the start of the season. 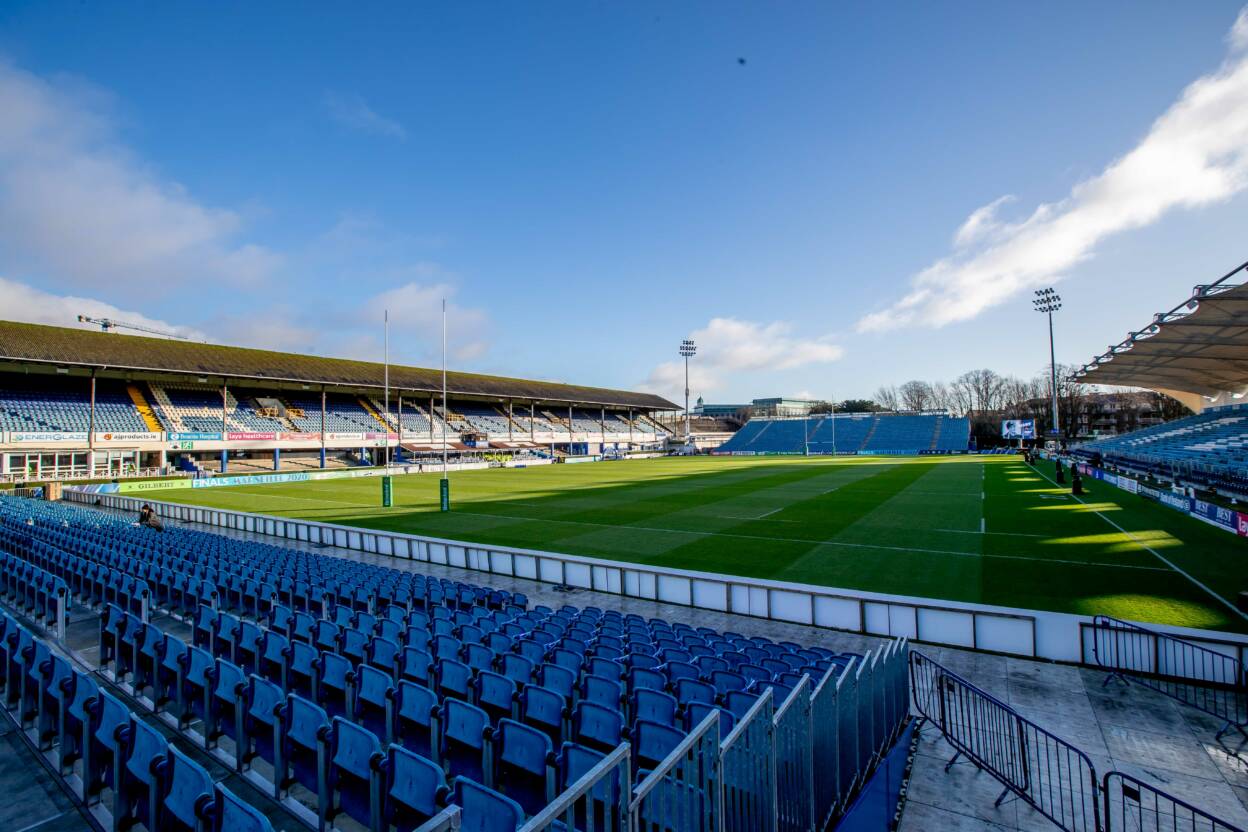 “As the season goes on, obviously if we do get crowds back in, we will have to make a decision as to whether we will stay in the RDS or go to the Aviva. It’s something we haven’t actually looked at yet but we haven’t ruled out either. We’ll do whatever is best for the supporters, for safety and for the players.”

Additionally, Dawson provided an update on the proposed redevelopment of the RDS Arena which had moved a step closer in January with the announcement of a €10 million Government grant.

“We have planning permission to build a very fine new stand at the RDS with hospitality facilities. It would increase the crowd by about 1,500 – 2,000 people but it would be state-of-the-art. The Government awarded the RDS and Leinster a provisional allocation of €10 million recently and we also have a naming rights partner in there.

“I spoke to the RDS at the start of the week. Number one, the RDS have said they’re 100% committed to redeveloping the Anglesea Stand and those of us who know the Anglesea Stand will agree it’s time has come. They’ve a board meeting in early July and we’ll also be looking at Plan B which is to knock the Anglesea Stand and build a not as elaborate stand but it would have similar seating requirements. The RDS is still committed to doing this work, it’s a question of whether it’s Plan A or Plan B and what they can actually afford.”

Cullen concluded the call by thanking season ticket holders for their ongoing support throughout this period of uncertainty and spoke on behalf of the squad of their excitement at the prospect of running back out at a sold-out RDS and Aviva Stadium in the future.

“One of the things coming out of this period is that you get to see re-runs of old games and what really makes the games is the supporters, and you see some of the crowds we’ve been lucky enough to play in front of over the years,” Cullen added.

“They’re such magical days and we’re all working hard here behind the scenes to get those days back and to have all you guys cheering the team on to hopefully some more special days. Thanks for everything over recent seasons and we look forward to the day we’re back playing in front of a full house again.”